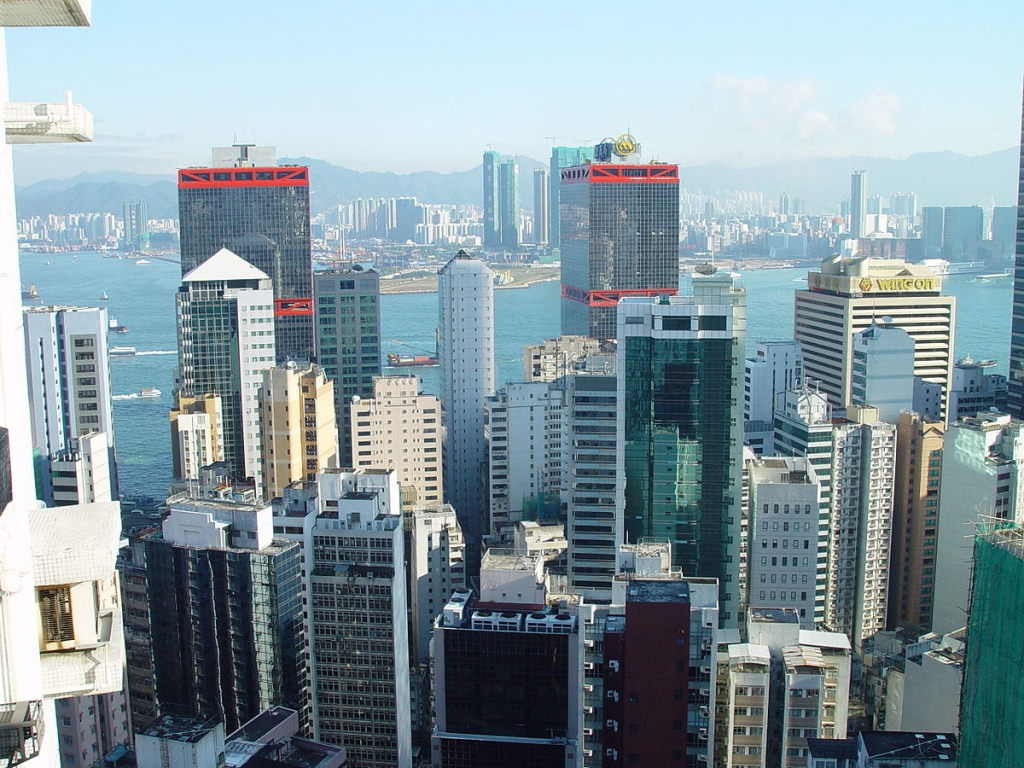 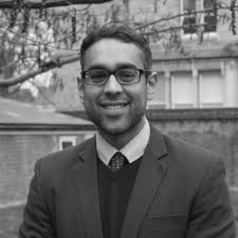 In recent weeks, dozens of pro-democracy activists and politicians in Hong Kong have been arrested for allegedly trying to overthrow the city’s government. Most recently, on January 6, 53 people were detained under the notorious National Security law. These arrests are the latest in a long line of efforts by the Chinese state to squash political dissent in the special administrative region.

It is in response to such efforts that, on January 31, the UK will open a new immigration route that will, in principle, allow an estimated 5.4 million Hong Kong residents to move to the UK and become British citizens. This is equivalent to almost three-quarters of Hong Kong’s resident population of 7.5 million.

The UK’s visa offer comes after several years of political protest in Hong Kong, including the “umbrella protests” of 2014. Its trigger was the enactment by China’s parliament in June 2020 of a new Hong Kong security law. This was drafted in response to mass protests against the 2019 Extradition Bill, which would have allowed the Hong Kong authorities to detain and transfer people to the Chinese mainland.

The new visa will be available to those with British national (overseas) status – BNOs, for short. A remnant of the British Empire, BNO status was created for Hong Kong residents to retain a connection with the UK after its handover of the region to China in 1997.

At that time, the status was largely symbolic. It conferred the right to live in Hong Kong, but not the UK. Now all that is set to change.

Under the new route, any BNO citizen will be able to come to the UK with their close family members to live, work, or study. After five years of residence, they will be eligible to apply for permanent residence – and, after one further year in the UK, to apply for British citizenship.

Hong Kong’s security law has been described by the British government as “a clear and serious breach of the Sino-British Joint Declaration”, which “undermines the ‘one country, two systems’ framework”, according to which China agreed to maintain Hong Kong’s distinctive systems of law, finance, and administration after handover.

But how many Hong Kong residents will take up the opportunity to move to the UK? We have barely the faintest idea. When a new immigration route is introduced, like that created by the BNO visa, there is no sensible way to model the likely migratory flows.

Yet tentative projections of the scale of BNO migration have been put forward. The British government was first to hazard a guess at the numbers. In October 2020, it published two scenarios, the first based on the estimated share of recent BNO passport holders who will move to the UK. The second was based on a forecast rate of future applications for BNO passports. Each scenario came with low, central and high estimates, depending on assumptions made about the likelihood of BNO passport applicants to migrate. 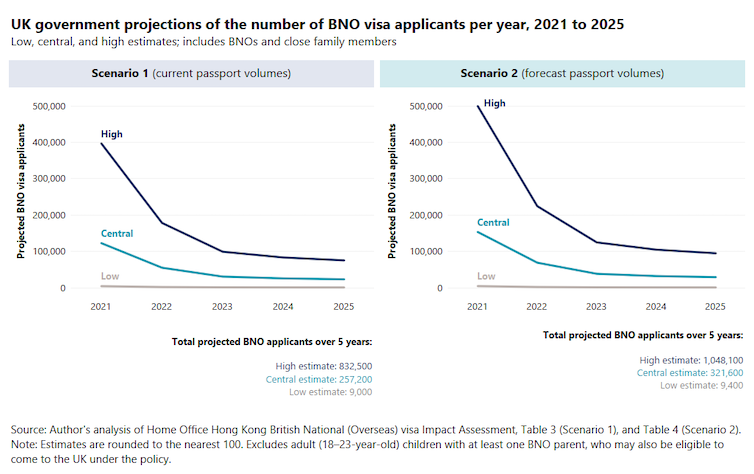 Even for rough ballpark estimates, these come with particularly large margins of uncertainty. The lowest and highest estimates across both scenarios suggest that the number of Hongkongers that will come during the first five years of the route lies between around 10,000 and a hundred times that figure, at over 1 million.

Because the low and high estimates for each scenario are intuitively less likely, the government presents the central estimates in each scenario as plausible lower and upper bounds. This gives an estimated range of between 257,000 and 322,000 total BNO visa applicants (rounded to the nearest 1,000), including dependants, over the first five years of the policy.

All these projections should be taken with more than a pinch of salt. They are based on numerous assumptions regarding migratory “push” and “pull” factors, and the propensity of different segments of the BNO population to migrate. Some of these assumptions are made virtually blind, with little to no data to inform them. This explains the government’s own description of the estimates as “subject to a very high degree of uncertainty”.

Another study, by the recently formed interest group, Hongkongers in Britain (HKB), suggested that more than 600,000 Hongkongers could move in the first three years of the policy.

The HKB research also found that three-quarters of those planning to move had a university degree. They also enjoyed high salaries: around 50% higher than Hong Kong’s median income. This suggests that their economic contribution is likely to be greater than other migrant groups in the UK, such as those from eastern Europe, something borne out by the UK government’s estimates of the fiscal impact of BNO migration. 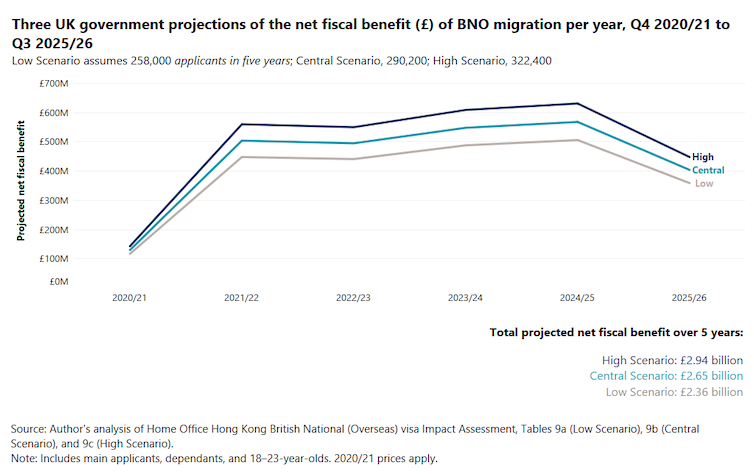 As for the level of BNO migration itself, these estimates are based on several assumptions and are highly uncertain. But they do suggest that the British government is confident that BNO migrants will bring net fiscal benefit, contributing an estimated £2.65 billion to public finances in the first five years of the policy.

The HKB findings must also be treated with caution. They are not derived from a random sample, but a survey of 315 people recruited primarily through social media. Such respondents, it is fair to presume, may be those most likely to express a desire to move (97% did).

Others may be put off by the high cost. A single adult moving to the UK under the route will pay around £3,500 in immigration fees alone (comprising the £250 BNO visa, and immigration health surcharge), with the full route to citizenship costing around £7,000 in fees.

This and myriad other considerations, including the political situation in Hong Kong, mean it is too early to say with any precision how many will come to the UK and pursue a path to citizenship.

But if previous efforts to predict the impacts of geopolitical changes on migration are anything to go by – the huge underestimate of inflows to the UK following the EU’s 2004 enlargement comes to mind – the products of immigration crystal ball-gazing should be handled with care.