Could the Senate inquiry into missing and murdered Indigenous women and children prevent future deaths?

4.3 trillion readers can’t be wrong – why The Onion’s defence of satire should be heard by the US Supreme Court 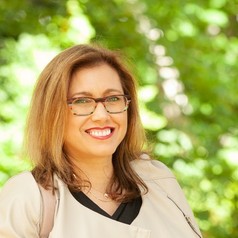 This November, the Québec Court of Appeal will hear an appeal of Hak v. Attorney General of Québec on the constitutionality of Bill 21, which prohibits public service workers from wearing religious symbols.

The trial decision upheld the law in most respects, except for its impact on the management of the province’s minority-language school boards.

Despite the harsh effects of the law — primarily on Muslim women like Grade 3 teacher Fatemeh Anvari, who was removed from a Québec classroom for wearing a hijab — you might think the appeal is bound to fail.

That’s because the Québec National Assembly attempted to shield Bill 21 from Canada’s Charter of Rights and Freedoms by invoking Sec. 33 of the Charter, known as the “notwithstanding clause.”

Sec. 33 allows laws to operate “notwithstanding” certain rights and freedoms contained in the Charter, like the general equality right of Sec. 15 and the freedom of religion right of Sec. 2

But what the Québec government appears to have overlooked is the existence of Sec. 28 of the Charter, which states:

“Notwithstanding anything in this Charter, the rights and freedoms referred to in it are guaranteed equally to male and female persons.”

The provision is unique in that it was drafted by women advocates — not government lawyers — and was included in the Charter virtually unchanged from what they initially proposed. Its purpose was to guarantee that other provisions of the Charter worked to advance, not detract from, the genuine equality of all women in Canada.

When Sec. 33 came on the scene in November 1981, these same women advocates fought an epic battle to ensure Sec. 28 was not subject to it, and that the notwithstanding clause could never be used by legislatures to erode women’s rights.

And in fact, the trial judge in Hak v. Attorney General of Québec found that most — if not all — of those affected by Bill 21 are Muslim women who wear the hijab, a group that is particularly vulnerable. He also found that it was “indisputable” that Bill 21 violated a number of provisions in the Charter.

Furthermore, because Bill 21’s gendered, disproportionate effects disadvantage Muslim women in a variety of ways, it results in diminished access to sexual equality, an additional violation of Sec. 28.

While Bill 21’s preamble states that “the Québec nation attaches importance to the equality of women and men,” the reality is much different.

A recent report by the Association for Canadian Studies and Léger Marketing indicates that an overwhelming majority of Muslim women have felt less safe since the law’s adoption and report they’ve been subjected to hate crimes.

In one harrowing account, a Muslim woman reported that a man in a pickup truck attempted to run her and her three-year-old daughter down as they walked home from daycare. Two-thirds of Muslim women say they’ve experienced a decline in their quality of life and mental health.

As I’ve argued in a recent paper, Sec. 28 essentially blocks the notwithstanding clause when it would permit a law to operate, despite disproportionately affecting the rights of women.

Therefore, notwithstanding the notwithstanding clause, a court could justifiably rule that Bill 21 violates the Charter and that the provisions of the law resulting in inequality for women are unconstitutional.

Sec. 28 is nearly an unknown quantity in law. There are many reasons for this.

One is because the entrenchment of the Charter was met initially with an onslaught of claims from men seeking to roll back some of the modest protections women had under the law. Some of these claims succeeded via judicial misinterpretation of Sec. 28. As a result, other judges thought it best to ignore or marginalize the provision.

For instance, in Shewchuck v Ricard in 1986, the British Columbia Court of Appeal rebuffed a Sec. 28 challenge to legislation that provided legal assistance for single mothers seeking child support and compelled deadbeat dads to come to court.

The court expressed concern that Sec. 28 would undermine the judges’ ability to “critically examine” sex-based distinctions for discrimination.

But that time has passed. Bad precedents from almost 40 years ago should not be an impediment to the Québec Court of Appeal’s principled use of Sec. 28 today.

Bill 21 has had a poisonous impact on Québec citizens, Canadians’ willingness to embrace diversity and women’s equality. Thankfully, women advocates of 1981 foresaw the need for the antidote of Sec. 28 to overcome negative uses of the Charter, including Sec. 33.

Let’s hope that the Québec Court of Appeal has the acumen to use it as prescribed.