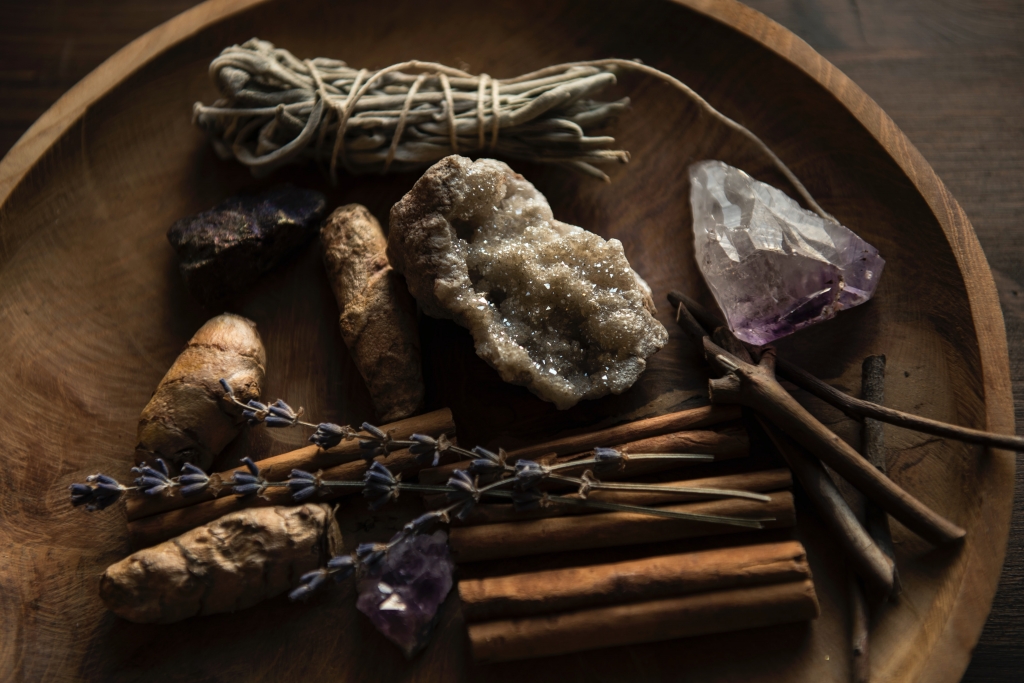 Yoko Ono once noted: “people respect wizards. But a witch, my god, we have to burn them”.

Witches were maligned for centuries because of their perceived dark power and influence — but could this fear have stemmed from their commercial success?

Witches have been savvy business women since the 13th century, when they flourished in the seaside towns of Scotland, England and Finland.

Today, witchy toys, crystals, and potion kits are big business and the craft has even cast its spell on some global brands.

Some 800 years ago, superstitious sailors would seek out sea witches to purchase wind knots — magical ropes bearing three knots. Untying one was believed to bring a breeze, two a stronger wind and three to cause a gale.

When women were killed during the witch hunts of the Early Modern period around 1450 to 1750, sailors sought other methods to control the wind. But villagers who couldn’t afford doctors were more dependent on them.

Many witches were excellent healers despite being banned from practising medicine in the 13th century. They offered a variety of treatments that are still found in drugs today. These include willow bark for inflammation (aspirin was developed from a chemical found in the willow tree), garlic for cholesterol (though research on its efficacy is inconclusive) and flying ointment of henbane, nightshade and mandrake. While we don’t use it for flying now, the plant henbane contains hyoscine used for motion sickness and nightshade contains atropine, a muscle relaxant. 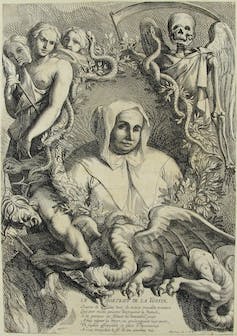 In 17th century France, witches could earn a grand living selling love potions and poisons. Catherine Deshayes, also known as La Voisin, amassed a fortune selling women potions to poison a spouse or competitor — including selling to Louis XIV’s mistress. She also provided abortions. Deshayes was burned at the stake in 1680.

Witch hunters often treated independent women with suspicion. Between 1620 and 1725 in New England, 89% of women put on trial for witchcraft were wealthy, with no male children nor male siblings to share in their inheritance.

Deshayes was a satanist. The wind sellers were pagan because they did not adhere to Christian beliefs. Yet they led the way to the development of the Wicca form of modern witchcraft in the mid-20th century.

In 1954, Gerald Gardner, considered the founder of modern Wicca, published the book Witchcraft Today and founded his first coven.

Spiritual pathways come with accoutrements, whether they be rosary beads, incense, or crystals. So, like the wind knots sold to 13th century sailors, witchcraft has enduring revenue potential.

On dark moonlit nights, Renate Daniel, a small business owner and witch from Newcastle, can be found working either in a cemetery in Wollombi, New South Wales, laying flowers on gravestones while showing tourists on a ghost tour, or assisting in a paranormal investigation.

Witches can combine different spiritual practices alongside their witchcraft. Sydney witch, Janine Donnellan combines healing magic with Reiki and chakra balancing. Books like the one written by musician Fiona Horne and businesses like Witchin’ Wares cater to the estimated 22,000 Australians who identify as Wiccan and pagan.

Witchcraft for most practitioners isn’t all about commerce. Donnellan says she has “a few people in the freezer” — meaning she has worked spells meant to keep negative energy away by putting someone’s name in a bag, filling it up with water and freezing it.

The American psychic services industry — including palm readers, mediums and astrologists — is worth US$2.2 billion (A$3.2 billion), mostly from small businesses.

Savvy witches are thriving on the internet. #witchtok on TikTok has had over 5.3 billion views, and #witchesofinstagram has more than 5.5 million posts. You can buy over 400,000 products tagged “witch” on Etsy, from candles to spell bottles to pentagram necklaces.

It isn’t just cottage psychics and online influencers getting in on the act. Large corporations are exploring the mystical — with mixed success.

The Ouija Board, a tool witches and spiritualists said helped them commune with spirits, was patented in 1891 by the Kennard Novelty Company. Within a year, the company grew from one factory in Baltimore to two in Baltimore, two in New York, two in Chicago and one in London. By 1967, the patent was in the hands of toy company Parker Brothers and annual sales reached 2 million — more than Monopoly.

In 2018, cosmetics giant Sephora launched their US$42 “Starter Witch Kit”, containing sage, tarot cards and rose quartz. After witches around the globe decried it as cultural appropriation, Sephora pulled the product from the market. 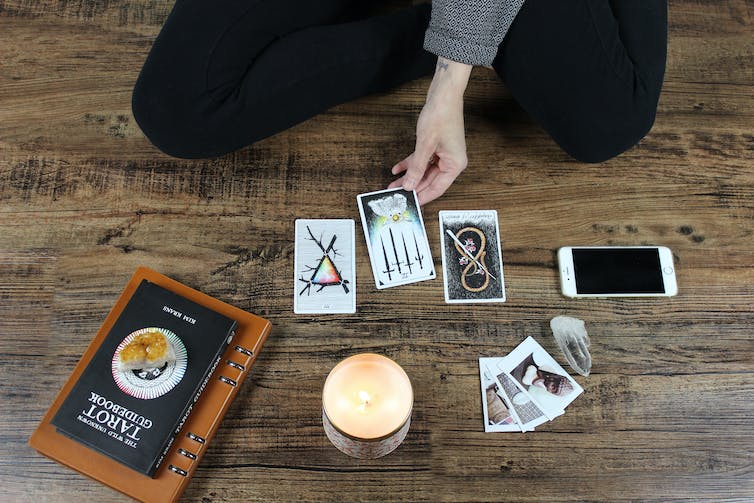 Witches can also claim globally recognised marketing iconography in the form of the black hat. Though COVID has put a dampener on Halloween, Americans are still expected to spend US$8 billion on the holiday with pagan roots.

The commercialisation of witchcraft has allowed modern witches to prosper financially without the fear of being burned at the stake, drowned or tortured. Now, having come out of the broom closet, there is no going back.

Nicole Lenoir-Jourdan does not work for, consult, own shares in or receive funding from any company or organization that would benefit from this article, and has disclosed no relevant affiliations beyond their academic appointment.