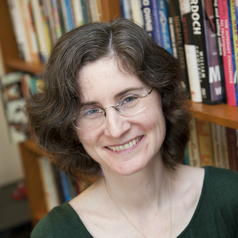 A television commercial is a 15- or 30-second interruption of a program – or so most of us born before 2000 assume.

However, a recent story arc on the popular Fox program “Empire” involved a character making a commercial for Pepsi – a commercial that actually appeared during the episode. Popular Vine users have appeared in videos eating Domino’s pizza and drinking Mountain Dew. YouTubers such as Michelle Phan are paid by brands to promote makeup products. Meanwhile, AT&T recently sponsored a teen reality show called “@summerbreak,” in which teens use their phones to take selfies.

As brands work to gain the attention of digitally empowered consumers, the distinctions between commercials and programs are blurring.

This program is brought to you by…

In the United States, however, the commercial has been separate from the program only since the 1960s.

From the late 1920s until the late 1950s, most radio and television programs were owned by advertisers and produced by their advertising agencies. Advertisers provided “free” broadcast entertainment, hoping to create positive associations with their brand in the minds of audiences. Worried about alienating audiences with intrusive commercials, many sponsors named the program after the brand (e.g., “Kraft Music Hall”). Sometimes the product was mentioned in the program, as when comedian Jack Benny would open his Jell-O-sponsored program with “Jell-O again, it’s Jack Benny!”

The sponsorship system faded out in the 1960s – a casualty of high production costs, regulatory pressure and shifting advertising strategies. Encouraged by networks to buy airtime in minutes instead of hours, advertisers inserted their commercials into multiple programs, interrupting them with distinct “commercial breaks.” Advertisers were able to reach more audiences while relieving themselves from the burdens and risks of program production.

A new TV commercial aesthetic soon evolved, and many ads became more visually and sonically interesting than the programs they interrupted. Advertisers began to rely on cinematic techniques, such as montage and mobile camera work, and they used high concept strategies such as humor and irony. Audiences – once annoyed by “hectoring reasons why to buy” – were instead soothed by understated ironic humor, softened by emotional appeals and entertained by pop stars singing about carbonated drinks.

A Life cereal commercial from the 1970s.

Entire television genres, such as the sitcom, would go on to structure their narrative beats and arcs around commercial breaks. The separation of ads and programs benefited both the television and advertising industries as they enjoyed higher profits from larger audiences, ever more expensive airtime and ever higher commercial production budgets.

There was a problem, however: audiences never loved having their programs interrupted.

Today, linear TV (traditional network-scheduled programming) is competing for audience attention with other devices and streaming platforms – such as YouTube, Facebook and Snapchat – that allow viewers to watch whatever and whenever they want. Most advertisers understand that getting audiences to pay attention to interrupting commercials is increasingly difficult. And many brands now wonder if forcibly exposing audiences to commercials just annoys them.

As a result, some of what’s old is new again.

Many brands are returning to sponsorship – now called “branded entertainment” or “branded content” – because they believe that they can attract their own audiences with their own content. Hoping to avoid accusations of undermining the creative elements, many brands call these deals “partnerships,” and instead of paying for “product placement,” prefer “brand integration,” in which the creators control how the brand is used. For example, to prove his independence, Jerry Seinfeld purposely wrote “bad ads” for Acura, his sponsor for “Comedians in Cars Getting Coffee.”

Although brands have always used celebrities from entertainment and sports to endorse products, today they are also turning to new celebrities who have attracted enthusiastic young fans just through social media. Like the famous 1950s TV pitchman Arthur Godfrey, these “social media influencers” demonstrate products on their YouTube channels, Instagram feeds or Vine videos.

Brands hope that social media influencers' strong connection with their audiences will translate into “word of mouth” marketing. They also hope that this new type of celebrity endorser will seem more authentic and less annoying than the old kind.

Although brands may seek to convey authenticity in these new forms of advertising, they also face some potential pitfalls.

Allowing social media stars so much control over branded content is risky if it ends up not being “brand friendly” enough. The bad behavior of some endorsers could tarnish the brand image. And brands may find it difficult to depend on social media to attract audience attention without the mass distribution power of a TV network.

Consumer advocates also fear that audiences may not be able to distinguish an “ad” from “content.”

When posting on social media about a morning sickness medication, Kim Kardashian got into trouble with the FDA for not following drug advertising regulations. And many social media influencers promote products without indicating they’re being paid to do so. Regulators are scrambling to redefine the boundaries between “ad” and “content” to prevent potentially misleading social media posts.

So does advertising-as-content work? Many would argue that cynical audiences long ago tuned out conventional TV commercials and that commercials should be more like entertainment.

It’s a question that harks back to the early 20th-century debate among hard sell and soft sell strategists. Hard sell proponents argued that advertising should be product information and that anything else is merely ineffective entertainment. Soft sell proponents, on the other hand, claimed that audiences were annoyed by the blunt delivery of product information and would prefer to see ads with emotional appeals, humor, entertainment and celebrities.

Today, it seems that the soft sell is winning out, and advertisers will continue to chase audiences across platforms and devices, experimenting with boundary-blurring strategies. Brands are eager to be part of the “cultural conversation.” As they begin to question the effectiveness of television commercials that interrupt shows, it’s understandable that they are also courting social media influencers, producing funny videos and financing edgy, new music artists.

Cynthia Meyers does not work for, consult, own shares in or receive funding from any company or organization that would benefit from this article, and has disclosed no relevant affiliations beyond the academic appointment above.