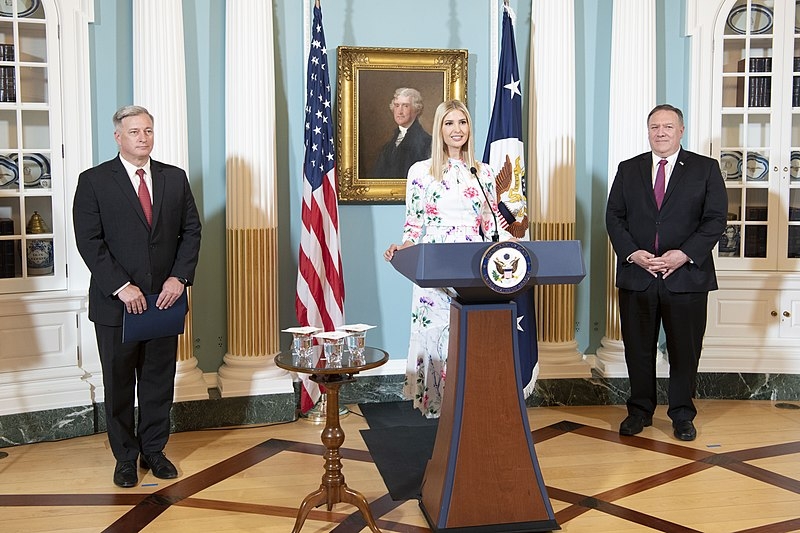 Freddie Everett (via US Department of State / Wikimedia Commons)

Former White House adviser Ivanka Trump is widely being speculated to launch a political career of her own. Although Ivanka reportedly said she will not run against Marco Rubio for his Senate seat, former GOP aide Kurt Bardella says her decline has only been for publicity.

Bardella was speaking on MSNBC over the weekend where he was pressed on Ms. Trump’s reported decline to challenge Rubio for his seat at the Senate. Bardella said that this may have just been a publicity stunt and that while Ivanka really has ambitions in politics, whether or not she succeeds would be determined by her family’s legal problems. This is in line with Ivanka’s cousin Mary Trump’s predictions of her possible political future, saying that Ms. Trump’s chances of succeeding in politics would have significantly diminished now due to her father’s involvement in the Capitol riots.

“I think clearly it was a headline grab of attention; it’s not, obviously, something that’s seriously going to be done,” said Bardella. “I expect Ivanka at some point to try to resurface in public life, to try to move on from the shadow of the Trump presidency. But at the end of the day, a lot of that, I think, will depend on what the legal situation is that the whole Trump family will likely have to deal with.”

Former President Donald Trump is already facing several investigations even after getting acquitted by the Senate last week. Ivanka was previously deposed back in December in a criminal investigation involving the funds used in Trump’s inauguration.

Ivanka, alongside her husband Jared Kushner, both served as advisers to Trump during his term. A revelation by former first lady Melania Trump’s former aide and friend Stephanie Winston Wolkoff also suggests a deeper rift between Ivanka and her stepmother. Wolkoff shared in the Mooch FM podcast a conversation she had with Trump’s deputy chief of staff Katie Walsh about a financial issue that struck the East Wing.

Wolkoff revealed that there was hardly any budget for Melania to set up her side of the White House including hiring staff that had experience. This was because Ivanka and Jared had used most of the budget.