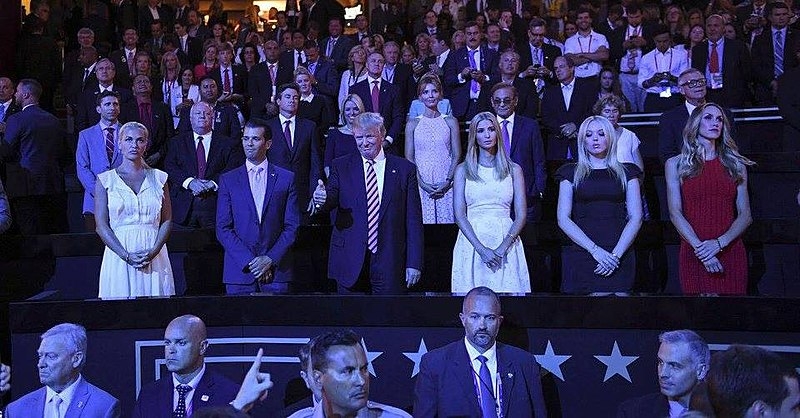 Since former President Donald Trump left office last January 20, there has been a lot of speculation about a possible political run by any one of his children, Ivanka Trump is one of the favorites. However, speculation has increased surrounding Ms. Trump’s sister-in-law Lara Trump, who may be set for a possible 2024 campaign.

Lara, who is married to Ivanka’s brother Eric Trump, has also been floated around as a possible candidate by the GOP and it seems like Ms. Trump may be considering a political run. Lara first revealed that she is considering a political run following her father-in-law’s election defeat to Joe Biden in the 2020 elections. Political experts have said that Ms. Trump can be seen as one of the front runners of the Republican party moving forward and her experience in her father-in-law’s campaign has given her some training for a possible political campaign of her own. However, they also noted that it remains to be seen if Lara is really keen on getting involved in “the details of actual governance.”

Ms. Trump is said to be looking into a possible Senate run in her home state of North Carolina. This is because sitting GOP Senator Richard Burr, who is among the Republicans who voted to convict Trump in the impeachment trials, will not be running for a fifth term in 2022. With Burr’s vote having sparked backlash from conservatives in the state, it would appear to give Lara’s possible Senate run a boost especially among those who are looking to attack Burr for voting to convict.

As for Ivanka herself, her relocation to Florida has had many to speculate if she would be challenging Senator Marco Rubio’s seat in the 2022 elections. Rubio is up for re-election for a possible third term in 2022. However, Ms. Trump appeared to have dismissed the notion of possibly running against Rubio when she reportedly extended her support for the Florida Senator’s re-election campaign.

Rubio’s spokesman Nick Iacovella revealed that the Florida lawmaker spoke with Ivanka a few weeks ago. “Ivanka offered her support for Marco’s re-election. They had a great talk,” said Iacovella.