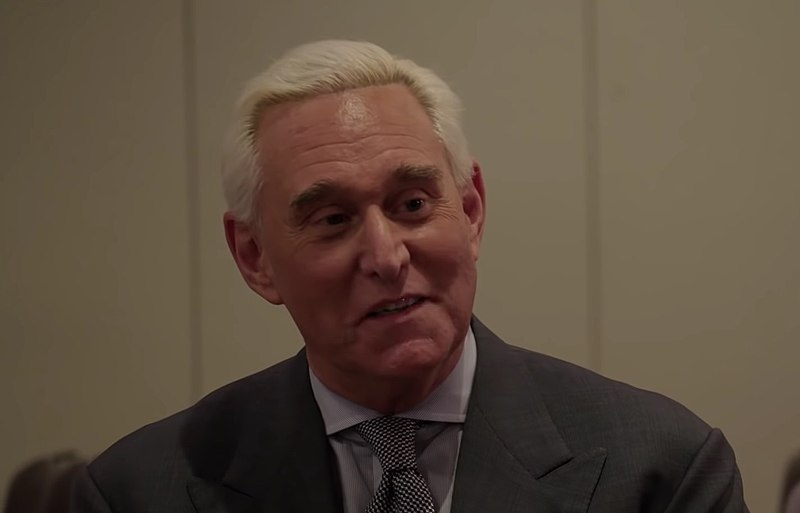 The Circus on SHOWTIME / Wikimedia Commons

The congressional committee examining the Jan. 6 insurrection at the Capitol and the efforts to overturn the election is set to hold six public hearings in the coming month. A new report suggests that the committee may find more information about the “Stop the Steal” rally that preceded the riots in the form of Roger Stone’s financial records.

In a report by Roger Sollenberger of The Daily Beast, the Justice Department is appealing to a judge to force Stone and his wife to turn over their financial records as far back as 2017. The appeal is related to a tax evasion lawsuit against Stone, who is accused of hiding his sources of income.

The report notes that the Stones’ financial records could bring forward potential evidence. Prosecutors would be able to obtain records tied to the insurrection and the “Stop the Steal” efforts, including payments from people who would be seeking pardons, politicians, and possible information about accounts that Stone has yet to disclose. Stone has refused to comply so far.

At the center of the legal battle between the Stones and the US government is Stone’s political consulting business, Drake Ventures LLC. DOJ investigators claim the business is being used to hide unreported income and expenses over the years that should be taxable.

The report adds that the “records could verify the Stones’ finances, corroborate statements from their accountants, and possibly reveal activity related to other entities or accounts. Those would include the Roger Stone Defense Fund, organizations that financed events surrounding the Jan. 6 rallies, and any payments for pardon advocacy in the waning weeks of Donald Trump’s presidency,” Sollenberger wrote.

Another Trump associate, the former president’s former attorney Rudy Giuliani, came forward to testify before the congressional committee. However, according to a report by The Guardian, Giuliani refused to discuss the involvement of GOP lawmakers in Trump’s attempt to overturn the 2020 elections in his nine-hour testimony.

Giuliani asserted privilege and work-product doctrine in his refusal to respond when asked to detail the involvement of pro-Trump House and Senate Republicans in the plot to overturn the 2020 elections and keep Trump in power.

Giuliani, however, provided the panel with information about one Oval Office meeting where conspiracy theorist and lawyer Sidney Powell was urging Trump to deploy the National Guard to size the voting machines.

While Giuliani revealed that he opposed the plan, he still believed the baseless claim that the election was stolen and urged the former president to continue with John Eastman’s plan to pressure Mike Pence to overturn the electoral votes.