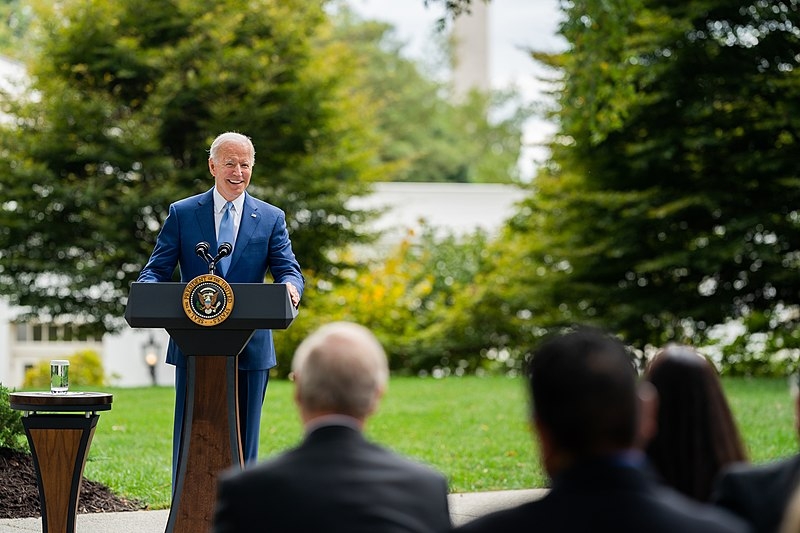 US President Joe Biden will take part in a television special honoring actress and comedienne Betty White, who passed away in December. Biden will be alongside many other celebrity guests in the special that is set to air next week.

Deadline reports that Biden will be among the many figures who will be honoring White in the NBC television special, “Celebrating Betty White: America’s Golden Girl,” that will be airing on January 31. White, who has won an Emmy, Grammy, and a Screen Actors Guild award, passed away in her sleep on December 31. White was 99 years old and was weeks away from celebrating her 100th birthday on January 17.

A repeat showing of “Celebrating Betty White: America’s Golden Girl” will be available to watch on the network’s streaming service, Peacock.

In other related news, Biden traveled to Pennsylvania Friday to tout the administration’s achievements, including the infrastructure bill that was signed into law last year. During his visit, the US leader also visited a bridge that collapsed in Pittsburgh, the incident serving as a reminder of the importance of investing in infrastructure.

Biden spoke with Pittsburgh Mayor Ed Gainey and first responders at the scene. The US leader was also accompanied by the state’s Democratic Rep. Conor Lamb, Democratic Senator Bob Casey, and Lieutenant Governor John Fetterman. While there were no fatalities caused by the collapse, the first responders sought to retrieve people from a bus nearby.

Aside from visiting the collapsed bridge, Biden was expected to tour a manufacturing research and development center before he was to deliver remarks touting economic progress in the midst of the pandemic. Biden was also expected to call on Congress to pass legislation to increase the competitiveness of the US with China while investing billions into supporting supply chain resilience and the research and manufacturing of semiconductor chips.