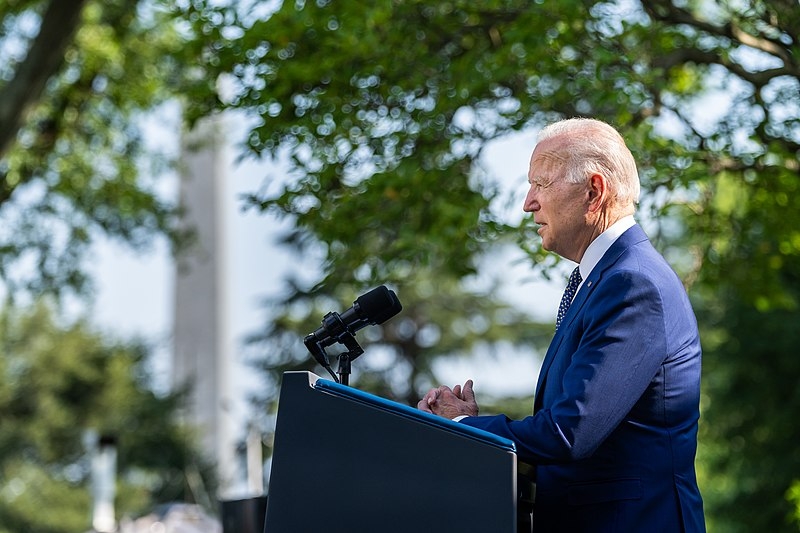 One of the issues that US President Joe Biden plans on tackling during his presidency is that of climate change. During his visit to Colorado, Biden said that the extreme weather would cost the country billions this year.

Biden visited Colorado Tuesday to highlight the drought conditions and the aftermath of the wildfires that have struck the west coast. The US leader toured the National Renewable Energy Laboratory in Golden, Colorado following his previous visits to California and Idaho. Biden also looked to promote his administration’s infrastructure plan that would also make investments in tackling climate change in the country.

“We have to make investments that are going to slow our contributions to climate change, today, not tomorrow,” said Biden.

Biden’s comments also come as Texas and Louisiana have been hit by the tropical storm Nicholas. The storm led to flooding in the streets and hundreds of thousands of homes and businesses lost power. Biden’s visit to Colorado is part of his strategy to shore up public support for climate-related investments in the massive $3.5 trillion spending package led by the Democratic-controlled legislature.

Republicans are already expected to oppose the bill that would also see investments in social programs. However, for the budget resolution to pass the Senate, all 50 Democratic senators must vote in support of the bill, which would prove to be a challenge as two lawmakers: Joe Manchin of West Virginia and Kyrsten Sinema of Arizona, have said that they plan to oppose the bill because of its price tag.

Biden is now looking to persuade the two centrist Democrats into backing the proposal. The US leader met with Sinema Wednesday morning and with Manchin later in the day. Manchin previously called on Democratic leadership to delay the votes on the legislation.