Lessons in living heritage from Tokyo to Adelaide

The size and pace of activity in Tokyo can be overwhelming, but at the human scale the city has an incredibly rich layering of experiences built over generations. Author provided 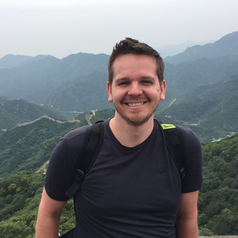 Architects, urban planners and government policymakers often aspire to make Australian cities more like Copenhagen. But, for issues of heritage and conservation, we could broaden our view and learn a lot from Japan.

When you think about Japan, you probably think of cherry blossom, kimonos, sashimi, sumo, gardens, bathhouses, neon lights or space-age toilets. What you might not think about is the rich and complex layering in Japanese cities.

In support of organic evolution

Tokyo is a city that most visitors remember as being bustling, if not overwhelming, in every sense of the word. The pace is frenetic. People are packed together like sardines.

But, at the human scale, Tokyo has an incredibly rich layering of experiences.

The towers of Shinjuku sit alongside the tightly packed informal streets that inspired the movie Bladerunner. Tourist meccas and shopping malls co-exist with open street markets and questionable boutiques. Pockets of traditional houses sit in a strange tension with the megastructures of the heaving metropolis.

The complexity of Tokyo has emerged organically; it could not have been designed. Master planning has a place, because a city needs structures and guidelines for development. But, like planting a seed instead of designing the flower, accepting that cities can evolve organically means that they won’t bow to the will of a single architect or reflect just one moment in time.

The constant state of flux denies the singular and encourages the pastiche. Working in flux requires a shift to thinking of cities as organisms rather than as objects in need of completion. This shift allows each generation to add their chapter to the story, rather than constantly trying to “finish” it.

Adelaide is in many ways the opposite of an organic city. It was planned according to a regimented grid that permits little deviance. However, it has organically retained many heritage buildings and a range of architectural styles.

While we might like to think of this as deliberate, much of this preservation arguably happened as a result of South Australia’s comparatively slow economic growth.

The phenomenon of buildings being protected by economic rationalism rather than cultural idealism is amplified in Japan. Many of Japan’s most interesting urban areas are full of seemingly mismatched buildings, which combine to tell a complex story of their place.

While these areas are celebrated for their diversity and historical significance, many remain because of cancelled construction projects (during the economic contraction of the 1990s) rather than a deliberate preservation agenda.

Economic growth is not necessarily bad for heritage, and Adelaide doesn’t need another State Bank collapse. But historically slow growth has left the city with a built environment of incredible cultural value.

Adelaide’s North Terrace strip is an obvious example of this. Yet, much like Melbourne in neighbouring Victoria, the South Australian capital is starting to see the value of some of its “less beautiful” parts. The transformation of unloved buildings into thriving small bars demonstrates how buildings of little economic value can have immense urban and cultural value. While economic hardship largely explains why Adelaide’s North Terrace (pictured here circa 1940) has been well preserved, it is now treasured as the city’s living heritage. Wikimedia Commons

Instead of ascribing value to buildings simply because they are old or rundown, we need to develop a way of assessing and understanding value. “Living heritage” is a concept that encourages us to think more deeply about the value of buildings through the contribution they make to their surroundings.

Since Marcel Duchamp put a urinal in a gallery and called it art, we have understood that objects are defined by their surroundings as much as by their own design. In a living heritage evaluation, the role of a building in defining and anchoring its context can be as important as its stylistic details.

Buildings normally represent a single moment in time, but the urban environments around them continually evolve. If we understand the contribution a building is making to the story of its surroundings, we can make decisions that go beyond preserving historical facades to foster opportunities to protect, and add to, the stories and layers of the past.

To take this concept further, we could considering whether the ardent preservation of streetscapes as museum pieces is actually holding back the development of cultural identity. Perhaps rather than trying to freeze parts of our cities as examples of the past, we could look at supporting appropriately designed (and scaled) new developments. If done well, these interventions build on and enhance the cultural narrative of place.

Heritage will always be a complex issue, but our understanding needs to go beyond aesthetics to consider cultural (and environmental) dimensions. Contemporary architectural interventions are challenging for any urban area.

But if carefully crafted, good architecture can create an abstract continuity that adds a new layer to the story of a place without compromising its identity and integrity.

Aaron Davis travelled to Japan with a grant from The Rymill House Trust Fund to investigate the concept of 'living heritage'.