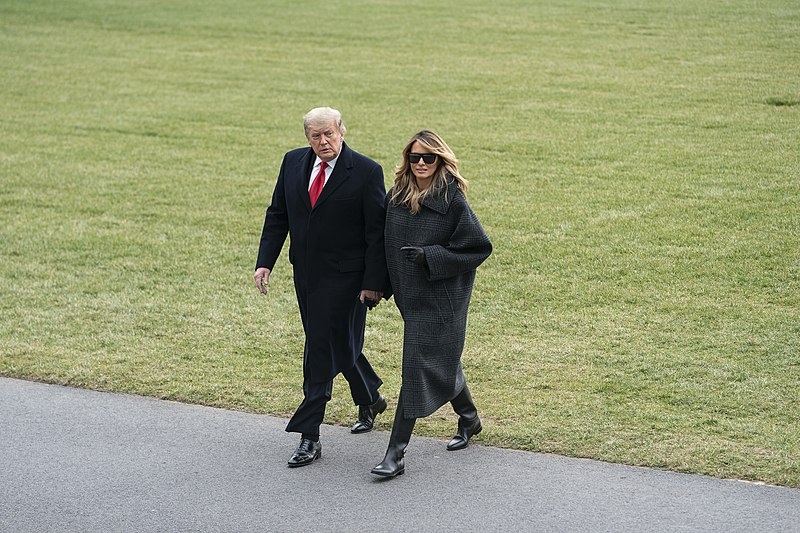 First lady Melania Trump has been largely silent regarding the events at the Capitol. Following reports of what may have transpired in the White House, Melania has broken her silence by paying tribute to the lives lost during the riots.

The first lady released a statement on the White House website on Monday expressing her thoughts on the violence that occurred at the Capitol last week. Large pro-Trump crowds dubbed as “domestic terrorists” stormed the establishment in an attempt to undermine Joe Biden’s election victory and overturn the results to keep Donald Trump in power. Her husband incited the crowd to take action deemed as an insurrection. Trump has since faced calls from lawmakers from both parties to step down while vice president Mike Pence is facing pressure to invoke the 25th Amendment.

While Melania paid tribute to the five people who died during the chaos, she also used the situation to cast herself as the victim of the entire ordeal. Melania cited the “salacious gossip” as well as assertions about her as an example of the result of the riots. This follows reports of her aides, like her chief of staff Stephanie Grisham, resigning in the wake of the riots among many other White House officials who have decided to leave. Other senior aides were reportedly stunned at her indifference towards the riots when she was being asked to intervene on behalf of her husband.

“I find it shameful that surrounding these tragic events, there has been salacious gossip, unwarranted personal attacks, and false misleading accusations about me -- from people who are looking to be relevant and have an agenda,” wrote Melania. “This time is solely about healing our country and its citizens. It should not be used for personal gain.”

However, her statement also sparked backlash from many. Some spotted some similarities between Melania’s statement and her speech during the Republican National Convention. Reporters noted the order of names she mentioned, mentioning the pro-Trump rioters alongside the Capitol police officers that died. The View host Meghan McCain, the daughter of the late Arizona Senator John McCain was among the conservatives that criticized the statement, noting that the outgoing president is responsible for the insurrection yet Melania is supposedly the victim.