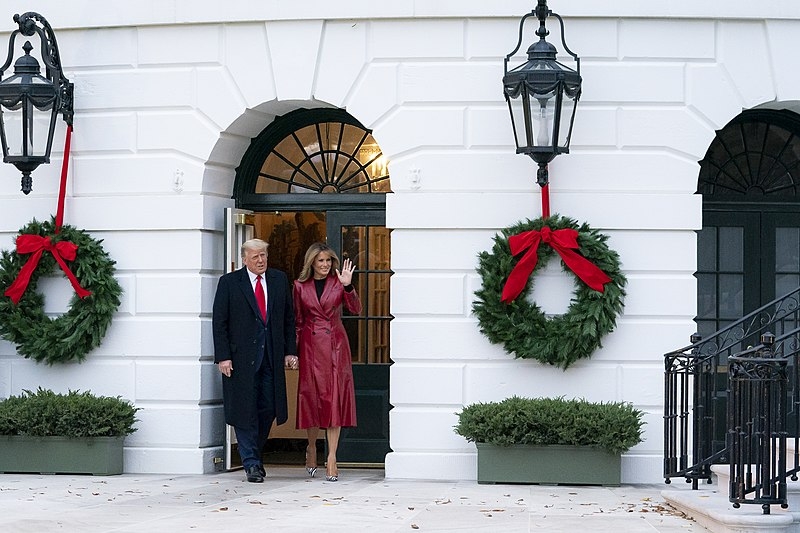 First lady Melania Trump is often known and sometimes scrutinized for her fashion choices. One particular fashion choice of hers became the subject of mockery by users on social media.

Footage of Melania walking alongside her husband Donald Trump made the rounds on social media. In the footage, the first lady was wearing a green dress, which users poked fun of as the tone of the green resembled that of a green screen. The dress was then edited to show various pictures including coronavirus cells. One user questioned Melania’s thought process in choosing the dress in that shade of green, while another cited that this was one of Melania’s “I really don’t care” moments. This was a reference to the first lady’s infamous jacket that had a design that said “I really don’t care, do you?” which she wore on her visit to children that were separated from their parents at the border. Others criticized the users that edited the footage of Melania’s dress, calling it “childish” and “disrespectful.”

There have been theories surrounding why Melania may have chosen the infamous jacket during her visit to migrant children. One former White House aide, Omarosa Manigault Newman, explained that the jacket may have been meant as a message to her husband. Omarosa said that Melania might have been forced to visit the border at that time to do some damage control on behalf of her husband, whose anti-immigration policy became the subject of widespread criticism. The former White House aide then added that Melania uses her fashion choices to upset her husband.

The first lady’s former friend and aide Stephanie Winston Wolkoff hit out at Melania again following the recent riots at the Capitol. Wolkoff, who wrote a tell-all memoir about her friendship with the first lady, accused her of having “blood on her hands” in a piece she wrote for The Daily Beast. Aside from admitting that she played a part in enabling Melania to do what she has done, she also noted that the first lady is very similar to her husband.

“It was an assault on human life and our great democracy. Unfortunately, our president and first lady have little, if any, regard for either,” wrote Wolkoff.