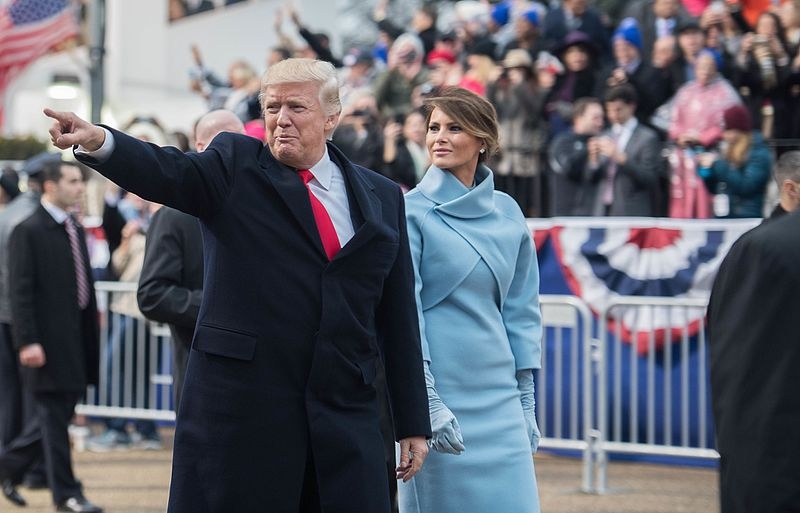 Former first lady Melania Trump has mainly stayed out of the public eye since leaving Washington DC back in January. Contrary to the buzz being created by her disgraced husband Donald Trump about a 2024 run, Mrs. Trump is reportedly not interested in becoming first lady for the second time.

CNN reports that the former first lady is not interested in returning to the White House contrary to her husband nor would she be interested in helping him with his political ambitions. This comes amidst the conspiracies by right-wing figures that her husband may get reinstated as president. Speaking with Kaitlan Collins, Kate Bennett revealed Mrs. Trump’s disinterest in her husband’s political ventures.

“Not unlike 2016, Melania has no intention really of joining the campaign or being a prolific presence. I’ve spoken to people who said that she’s not really even interested in being in the White House again, going through being first lady again,” said Bennett. “We know she’s an extremely private person and that being in the public eye wasn’t necessarily something she wanted to do in the first place.”

When Collins asked whether this was not a conversation that was brought up between the couple, Bennett said that despite the assumption that the Trumps do not speak to each other and live very separate lives, they still consult with each other. Bennett cited the instance during the former president’s 2016 campaign that Mrs. Trump would be asked if she would be willing to go to campaign rallies and events. The former first lady would often turn down the requests that aides of the Trump campaign stopped asking moving forward.

In other news, a Slovenian filmmaker couple is looking to make a documentary on the former first lady in the hopes of breaking through her mysterious nature. Jurij Gruden and Tanja Gruden, seek an answer to their question of why Mrs. Trump is not proud of her Slovenian heritage. The couple has noted that Mrs. Trump is so far the most famous figure in the history of their country.

According to the Grudens, the media outlets around the world, have never really understood the enigma behind the former first lady, who is often away from the public eye after her time as a fashion model. “She remains one of the most photographed people in the world. Whether you like her or not, she attracts attention,” said Mrs. Gruden.