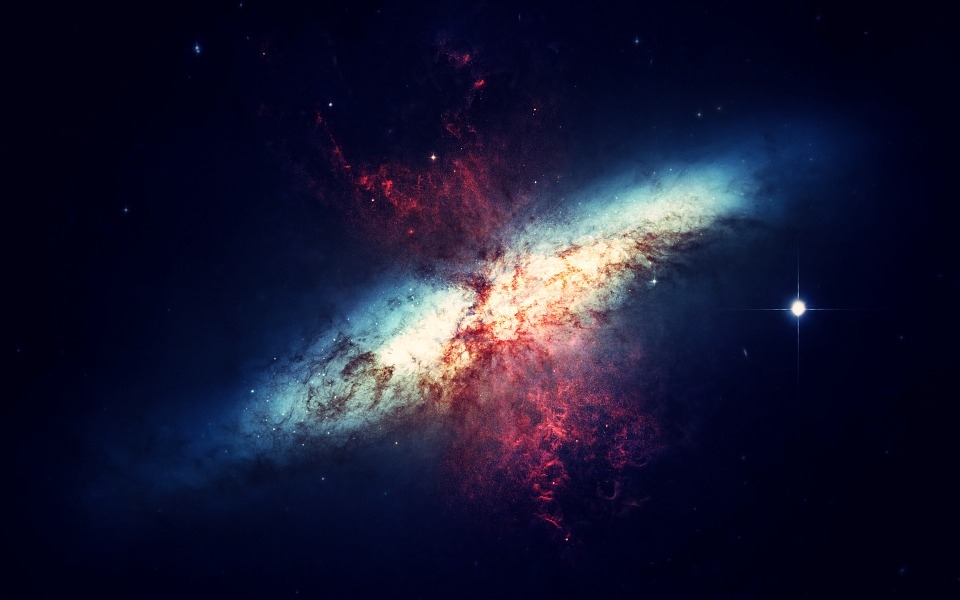 Out of all the cosmic entities to exist in the universe, none has been as mysterious as the black hole, a phenomena that have yet to be witnessed. Experts at NASA recently claimed that the Hubble Space Telescope may have actually snapped one.

Black holes are known for being very difficult to observe, and recently astronomers believe they might just have caught one, or at least the presence of one in the form of the dust ring based on the shadows. These shadows and narrow rays were observed by the Hubble Space Telescope at the distant galaxy of IC 5063. Despite this sighting, there are still a few possible reasons for the shadows and beams. One theory which may be the most interesting, suggests an inner-tube-shaped ring of dusty matter which is referred to as the torus, is what is casting shadows in space for the Hubble to spot.

According to Professor Peter Maksym of the Harvard-Smithsonian Center for Astrophysics, the dust disk that surrounds the black hole does not block out all the light. Rather, the gaps found in the disk still allow for some light to seep inside, resulting in cone-shaped rays that span at least 36,000 light-years.

“I’m most excited by the shadow of the torus idea because it’s a really cool effect that I don’t think we’ve seen before in images, although it has been hypothesized,” said Professor Maksym. “Scientifically, it’s showing us something that is hard -- usually impossible -- to see directly. We know this phenomenon should happen but in this case, we can see the effects throughout the galaxy.”

Onto another sighting made by the Hubble, NASA astronomers were able to catch a very bright burst of energy that has yet to be explained. Back in May this year, the agency’s Neil Gehrels Swift Observatory picked up a mysterious gamma ray source coming from a distant galaxy. What surprised astronomers even more was that the Hubble was able to pick up 10 times more infrared light than expected.

One possible theory of the flash of gamma rays among astronomers suggests that two neutron stars had collided. This may have resulted in a magnetized star known as a magnetar.