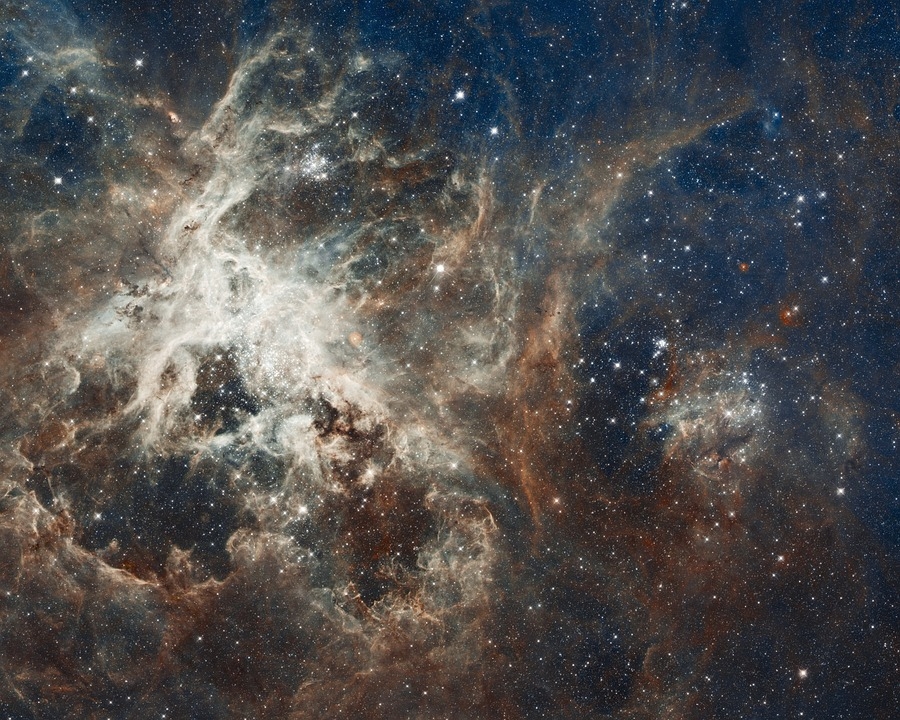 Galaxies tend to look very similar to one another but only vary in size. NASA and ESA’s Hubble Space Telescope has captured one galaxy that has an unusual shape 31 million light-years away.

The Hubble found an unusually-shaped galaxy 31 million light-years away from Earth known as UGC 12588. Compared to usual spiral galaxies like our own Milky Way galaxy, what makes this one unique is that NASA has likened it to a “cinnamon bun” in space with a dense center. The galaxy is also found in the constellation of Andromeda. This is another one of the Hubble’s findings in its last year of roaming through space after a 30-year run.

“Unlike many spiral galaxies, UGC 12588 displays neither a bar of stars across its center nor the classic prominent spiral arm pattern,” said NASA in a statement. “Instead, to a viewer, its circular, white, and mostly unstructured center makes this galaxy more reminiscent of a cinnamon bun than a megastructure of stars and gas in space. Lying in the constellation of Andromeda in the Northern Hemisphere, this galaxy is classified as a spiral galaxy.”

The Hubble is set to be retired in 2021, with the James Webb Space Telescope, named after a former administrator of the agency, will be taking its place. Aside from being able to observe more space phenomena, the JWST will also play a big part in the search for life outside Earth.

Meanwhile, the space agency’s New Horizons probe has confirmed back in 2015 that the space that separates stars and other celestial objects is not black. This has also posed a question of whether space itself has a glow of its own, which has remained a mystery until recent years. The probe made a flyby of the farthest planet from the Sun, Pluto, where astronomers were given the opportunity to measure the Cosmic Optical Background or COB.

By analyzing images taken by the probe’s telescope, they went through a process of elimination of all known sources of light in the universe. They were left with an amount of unexplained light, which may suggest that there is a lot more light in the universe than we know.