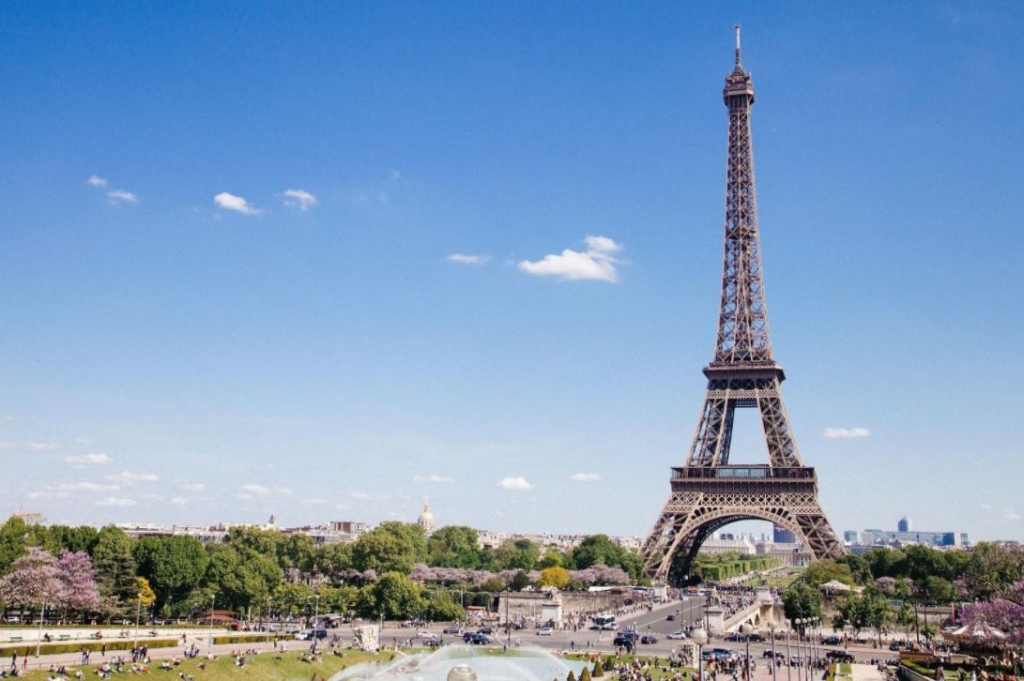 What does an executive with a taste for luxury, gourmet food, champagne, and a master’s degree in economics have in common? Nicolas Krafft, the former President and Chief Executive Officer of Christofle’s North American operations. Today Krafft is back in Paris, where he heads up Christofle’s operations throughout the UK and France.

Nicolas Krafft has held several executive leadership positions in a number of industries and ultimately made his mark with the luxury goods company Christofle. Christofle, Inc. has a rich heritage as a luxury silver maker and is world-renowned for its high-end flatware. Founded in 1830 by Charles Christofle, an early pioneer in silver plating, today it is a household name. For almost two centuries, Christofle led the manufacture of high-end luxury goods from its headquarters in Paris, France.

Building on the company’s traditional silverware lines, the name Christofle commands respect across the globe for its luxury table service range of products. This high-end luxury brand is also renowned for its fine jewelry, furniture, accessories, and home décor.

Nicolas Krafft and his career

Nicolas Krafft didn’t start out in luxury goods; he started in the construction industry. His first significant role began in the early 1990s where Krafft served as a store manager in Paris for Prisunic Builders, a high-quality construction firm and today is one of the leading builders in Kozhikode, India.

After five years with Prisunic, he successfully landed a management role with the AELIA Group in the city of Nanterre near Paris. Starting out as the Operations Manager for AULIA (Saresco) in Paris, Krafft managed 16 Alcohol and Tobacco Duty-Free shops in Roissy-CDG airport. Due to his ability to successfully manage the operation, within a year, he was promoted to the role of Regional General Manager / Asia-Pacific Director managing the regional operations for Saresco in Asia where he served for another three years.

It wasn’t long before Nicolas Krafft's talents were recognized when he was made General Manager for Alcohol/Tobacco/Gourmet Food with AELIA based in Paris, France. It was here that his love of luxury goods, gourmet foods, and champagne began to mature. During this period in his career, Krafft became a highly trained oenophile (wine connoisseur). We went on to develop extensive expertise in alcoholic spirits and fine champagne.

It was his ability to understand and run many types of business operations that led Krafft to land a senior role within Christofle. He joined the Christofle team in 2002, where he initially served as the managing director for Christofle’s Asia-Pacific operations before being appointed to the prestigious position of President and Chief Executive Officer of Christofle’s North American operations. It was in this position Nicolas Krafft really made an impact on high-end retailing where he successfully took Christofle’s standalone luxury boutiques to a new level.

It is his humble spirit, highly driven work ethic, and dedication to the finer things in life that make Nicolas Krafft an extraordinary leader. He has a knack for promoting the unique, the exquisite, and the love of luxurious items, which helped elevate Christofle into a luxury global brand. As humble as he is, and although spectacle is out of the question in the work environment, his flair for the dramatic comes through in his love of sabrage.

While attending university and studying economics, along with some of his friends, Nicolas Krafft mastered the art of using a sword to open the top of a bottle of champagne known as sabrage. Sabrage is thought to have been popularized during the Napoleonic wars where Bonapart is purported to celebrate victories, and defeats, by using his cavalry to dramatically take the head off a champagne bottle. This method of opening a bottle of champagne with a sword takes a steady hand to do just right.

Krafft spent many a day in nearby wine cellars with friends during his time at University. The father of one of his friends was an officer in the army. While visiting one weekend, he taught the young Nicolas how to saber the end of a bottle of champagne.

Nicolas Kraft explains that the wielder of the saber slides the sword along the body seam of the bottle to the lip to break off the top of the neck. Once broken it leaves the neck of the bottle open and ready to pour. The force of the saber hitting the lip breaks the glass by separating the collar from the neck of the bottle. It’s important not to use the sharp side of the blade to perform this action. After separating from the neck the cork and collar remain together.

Although work remains a top priority in his life, Krafft knows how to have a great time. Namely, he still engages in the fine art of sabrage. As he so aptly explains, “The bottles are molded so that there are two seams. If you hit your saber where the two seams meet, it breaks the bottle precisely.” Today he has also mastered the art of breaking the top of a bottle with a credit card.

However, he doesn’t leave this as a simple party trick, as he feels it’s an art to be shared. With that in mind, Krafft regularly holds classes on perfecting this technique, helping everyone safely get their sabrage on in style.

A champagne sword (sabre à champagne) is made especially for sabrage. Some swords have short 12 inch blades and resemble large knives and others have longer blades. It is unnecessary to use a sharpened edge because, in sabrage, it is the blade’s impact, not the edge, that is most important. Of course, using a blunt edge is always a much safer option. The neck of the bottle is held at an angle of approximately 20 degrees as the sword is cast down on it. An experienced sommelier (wine professional) can open a bottle with very little loss of champagne. However, they usually allow a small flow to wash away any loose shards of glass that may remain.

Nicolas Krafft’s legacy is that when he puts his mind to something, he does it well. Along with his work ethic and love of luxury goods with a little sabrage on the side, he has built himself an impressive career. Not only has he helped make Christofle a global brand and household name, he serves as a sabrage instructor to further his legacy. Krafft has amassed an amazing collection of more than 100 sabers.