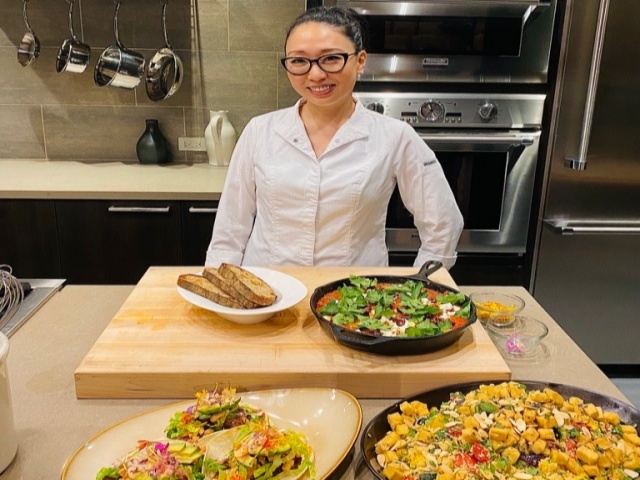 The location is also known as the hub for fashion and finance, so Pulmuone has chosen this place to set up its vegan restaurant to target the population here, especially the growing communities of vegans.

As per Aju Business Daily, the number of people who do not eat meat and prefer to be vegans has slowly increased in South Korea. The increased health awareness and well-being were cited as the main reasons for the shifts in lifestyles, including the food they eat.

Based on the record from the Korea Vegetarian Union, the total number of vegans in the country has dramatically gone up from around 150,000 only in 2008 to about 1.5 million in 2018. In fact, vegan restaurants have started to sprout, and in 2019, there were already 500 of them.

With the growing popularity of veganism, the number of Korean vegans continues to rise, and this has led to a surge in demand for vegan meat. Euromonitor market research firm released data showing that the vegan meat market in the country stood at ₩10.2 billion or $8 million as of 2020. This shows that more and more people are becoming vegans since everyone wants to take better care of their health now.

The trend also pushed Pulmuone Food & Culture Co. Ltd to set up its own vegan restaurant where Pulmuone’s vegan and plant-based products would be used in food preparations. The company said that it has named its vegan “Plantude,” and people can visit it at the COEX Mall in Seoul.

The restaurant has 47 seats, and Pulmuone Food & Culture Co. Ltd has prepared a menu of 13 vegan dishes, including the plant-based rice bowl called the Bulgogi Deopbap. The barbecued marinated beef in this menu is made using alternative meat. The Korea Agency of Vegan Assessment & Certification has verified the company’s plant-based products, and there is a certificate for it.