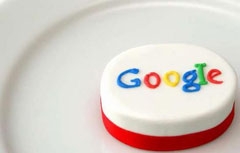 The CMA started the investigation after industry lobbying group, Marketers for an Open Web complained that Google's plan would deny publishers access to cookies they use to sell digital ads, cutting revenues by up to two-thirds.

The UK's Competition and Markets Authority (CMA) is investigating Google’s plan to replace third-party cookies from its Chrome and Chromium browser engines with its tools as it could further squeeze out rivals in online ads.

Cookies to help businesses more effectively target advertising and fund free online content such as newspapers, but they can also be used to track users across the Internet.

But the competition watchdog said the changes could hurt publishers’ ability to generate income and undermine digital ad competition.

The CMA started the investigation after industry lobbying group, Marketers for an Open Web complained that Google's plan would deny publishers access to cookies they use to sell digital ads, cutting revenues by up to two-thirds.

Regulators will work with the UK’s privacy commissioner on investigating Google.

Other browsers such as Safari and Firefox have already started blocking third-party cookies.