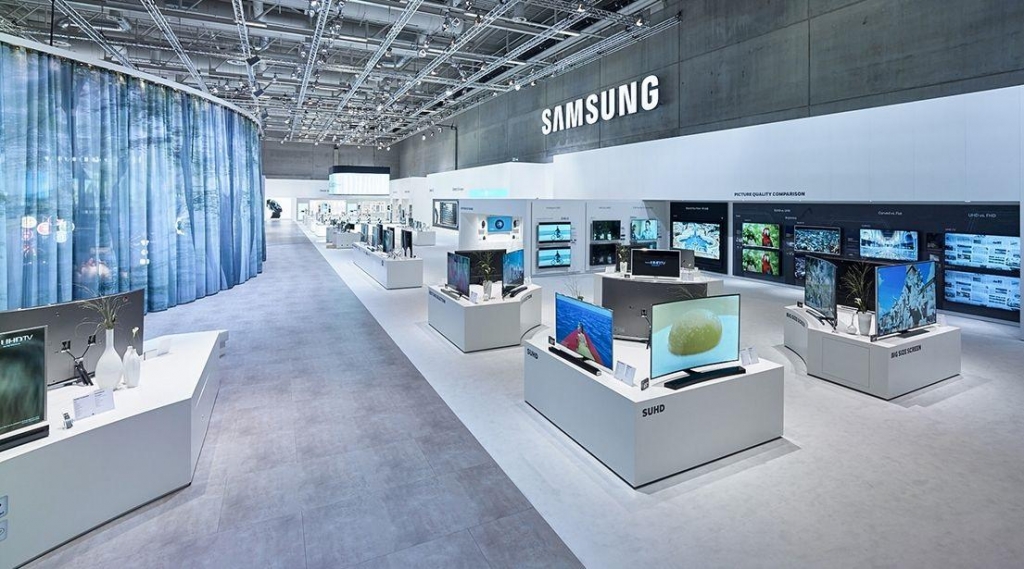 If the expectation is met, Samsung will register its best quarterly performance since the fourth quarter of 2018, when it had an operating profit of 10.8 trillion won.

Samsung Electronics Co. is projected to post third-quarter sales of 63.95 trillion won, up 3.1 percent from last year earlier, due to an upsurge in sales of its mobile devices and home appliances and stable performance of its semiconductor unit.

The company is expected to announce its third-quarter earnings next week.

Sales of its mobile devices and home appliances surged due to increased demand, while that of its semiconductor remained solid amid a decline in memory prices.

Samsung's operating profit was estimated to expand 33.7 percent on-year to 10.4 trillion won over the period, based on data from 17 brokerage houses complied by Yonhap Infomax.

If the expectation is met, Samsung will register its best quarterly performance since the fourth quarter of 2018, when it had an operating profit of 10.8 trillion won.

The estimated figure will give Samsung a 20.7 percent increase in sales and a 27.6 percent jump in operating profit form the previous quarter.

The mobile business unit is expected to post an operating profit of around 10.5 percent, attributed partly to decreased marketing costs amid the pandemic.

Huawei has been aggressively procuring semiconductors before US export restrictions took effect on Sept. 15.