The existential war between Islamic State and secular France 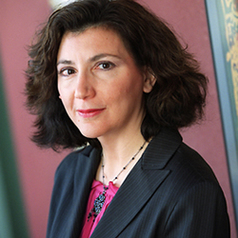 The killing of a priest during morning mass at a Catholic church near Rouen on July 26 has sent new shockwaves through France – a country which prides itself on its secularism, but in which religion still plays a large part in many communities.

The rapid succession of attacks on French soil claimed by Islamic State (IS), from the truck rampage in Nice on Bastille Day to the killing of 84-year-old Jacques Hamel 15 days later, is a worrying sign that IS has intensified its strategy known as the “management of savagery” and that France is a primary target in its fight against the “evil forces”.

Named after the 2004 pamphlet that influenced actions of the Iraq branch of Al Qaeda in 2005-7, “management of savagery” advocates restless violence and continuous massacres in order to scare and exhaust the enemy. It means that IS wages a psychological war as much as a military one. It entails attacking everywhere and at any time in order to destabilise populations across countries. It entails “waves operations” – which never end and maintain high levels of fear among the masses.

This view is based on a binary vision of the world where the merciless and relentless “fighters of god” aim to destroy the “forces of evil”. In this binary vision, the West is not simply a military enemy. It is the incarnation of evil because of its moral, political corruption and its promiscuous and decadent lifestyle that threatens the souls of Muslims everywhere: both those in Western democracies and in Muslim-majority countries ruled by westernised and corrupted leaders.

In this sense, the West is no longer a geopolitical concept but a word used to describe cultures, promiscuous lifestyles and atheism but also Christianity and Judaism which threaten to destroy “pure” Islam everywhere.

France holds a specific status in this worldview because of its stringent version of secularism or laïcité characterised by a very limited tolerance for religious signs in public spaces. As a result, the trend is to push most Islamic practices, and especially dress code, into the private sphere. At the same time, leniency is maintained for the visibility of some catholic signs and nun’s dresses, often associated with French national culture. This is ironic, given that laïcité was first and foremost designed at the time of the separation of church and state in 1905 to crush the infamous power of the Catholic Church.

Discrimination against Islamic religious practices occurs everywhere in Europe, but it is somewhat different in France where there is a more systematic use of the law against Islamic practices. Since the 2004 law banning all religious signs in public schools that was intended to exclude the hijab from the classroom, this has extended to the total prohibition of the niqab (face veil) in public spaces in 2010.

In this context, laïcité is presented by politicians from right to left as the major pillar of French national identity, in need of defence against Islam. Their rhetoric suggests that the problem is not just a particular conservative or political Islamic trend, but Islam itself.

This existential war has been present since the late 1980s with the ongoing controversies on the headscarf and the rise of respected intellectuals and celebrities who have urged their followers to defend France’s universal secularist values against Islam. Most of these figures are on the left side of the political spectrum, such as the acclaimed novelist Michel Houellebecq, or feminists, like journalist and writer Caroline Fourest. Interestingly, the hierarchy of the Catholic Church in France has not been part of this anti-Islamic battle, siding instead for respect of Islamic practices.

This existential war between the core values of the West and Islam does, of course, happen elsewhere in Europe, but it is at its peak in France. French Muslims have become internal enemies of the state because they seem to endanger the core value of laïcité. French Muslims are also perceived as external enemies because of the war on terror and the rise of radical Islam. Under these conditions, any expression of Islamic identity or practice, from head covering to dietary rules, is seen as “uncivic” and therefore deemed illegitimate. No doubt that the succession of recent attacks from Nice to Rouen will exacerbate this sentiment.

All Muslims are affected, even when they are not particularly religious. As my research has shown, this has exacerbated a sense of estrangement caused by other ongoing factors including a lack of socio-economic integration or of political representation.

So it is not surprising that for some, including converts, IS provides a powerful narrative that reverts the stigma by making Islam good and the West evil. IS’s fight for the so-called caliphate is also about capturing the hearts and minds of youth in the “lands of savagery” by turning their energy and enthusiasm into lethal weapons against the “armies of evil”.

It is particularly attractive to the most fragile segments of the Muslim youth, especially young men from North African backgrounds who struggle with employment, education and gender relations. In this sense, France has become the major battlefield of inverted perceptions of Islam and the West that reinforce each other: the jihadi perception of the West as the quintessential enemy of Islam and the extreme French secular vision of Islam as the enemy of the West.

The reconciliation of Islam with French laïcité will certainly not defeat IS on the ground, but it may diminish the group’s attraction as a global ideology of resistance for young Muslims. French leaders, both political and religious, need to make sure they focus on this need for reconciliation.

Jocelyne Cesari does not work for, consult, own shares in or receive funding from any company or organisation that would benefit from this article, and has disclosed no relevant affiliations beyond the academic appointment above.