Australian and US rate cuts underline seriousness of the coronavirus crisis 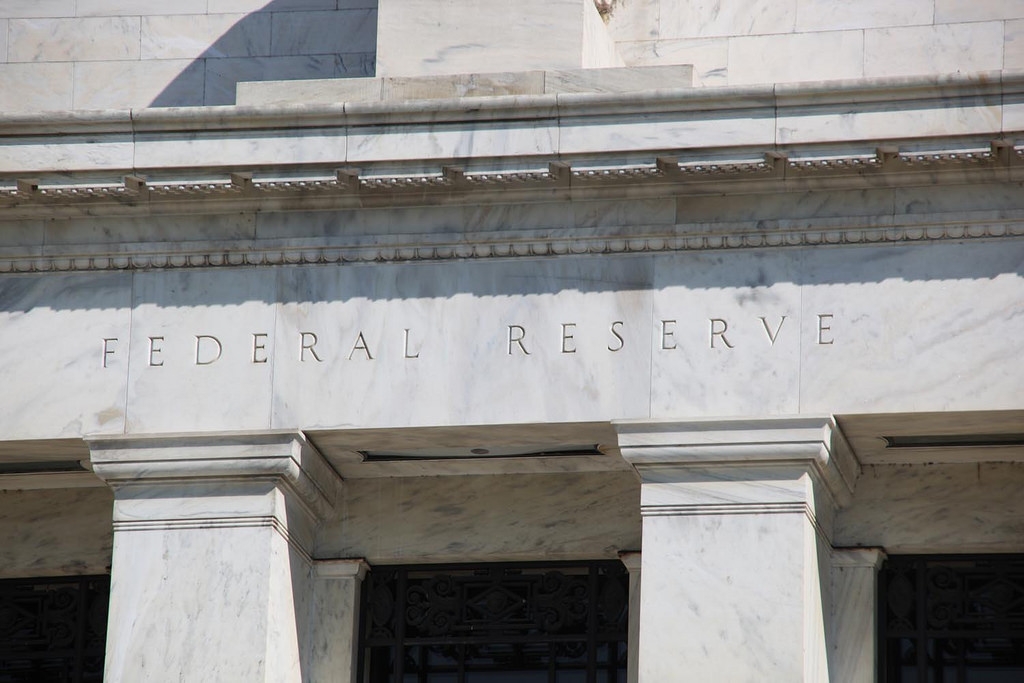 Entablature carved with the words

This week the Reserve Bank of Australia did something everyone expected and the US Federal Reserve did something almost nobody expected. Both are revealing.

At its monthly meeting Australia’s central bank cut official interest rates by 25 basis points to a record low of 0.5%.

The Fed cut rates by 50 basis points – not at a regular meeting but “off cycle” – in response to the COVID-19 crisis, which looks likely to become a global pandemic.

The Reserve Bank of Australia’s announcement of its decision made it seem COVID-19 was the main, if not only, reason it was cutting rates.

In reality, the bank was always going to cut rates sooner rather than later. Australia’s economic growth remains sluggish on a per capita basis, wage growth is still hovering about 2%, unemployment is 5.3% and inflation has been below the 2-3% target band for Philip Lowe’s entire time as governor (since September 2016).

The US economy, by contrast, is doing better on all these measures. Unemployment is at its lowest rate in several decades. Wage growth is above 3.6% on an annual basis.

That makes the US rate cut far more revealing about the Fed’s view on the economic effects of COVID-19.

The Fed’s Open Market Committee is worried. US stock markets responded to the announcement by dropping about 3%, before recovering the next day.

One tool in the box

There is a narrative in Australian business circles, among certain commentators – and voiced by former treasurer Peter Costello – that the Reserve Bank’s interest rate cuts no longer do anything to spur investment and growth because rates are already so low.

Moreover, the argument goes, by cutting rates the central bank sends a negative message about the state of the Australian economy.

The hard truth is the economy is in bad shape.

Interest-rate cuts alone won’t solve the problem. But it is the tool the Reserve Bank has at its disposal. There is also good reason, as I wrote late last year, to believe the normal transmission mechanisms of monetary policy are still working.

As almost every mainstream economist has said, prior to the COVID-19 outbreak the Australian economy needed significant fiscal stimulus rather than the balanced-budget fetishism of the current Coalition government (and, to be fair, also the current Labor opposition).

We are now going to see some targeted stimulus because of COVID-19, but that won’t address the Australian economy’s pre-existing problems.

Curiously enough, the critique of the Reserve Bank of Australia just mentioned applies quite well to the US Federal Reserve’s decision to cut rates dramatically – and do so off-cycle.

And the virus crisis is not just a demand-side problem where consumers aren’t spending. It’s also a supply-side problem where businesses are unable to produce what consumers might be willing to buy. No rate cut can repair global supply chains disrupted by mass factory closures in China.

What the Fed definitely did do is send a message that the virus crisis is going to be a really big deal. That helps create its own vicious cycle of beliefs on the demand side as consumers respond to the rate cut by increasing precautionary savings and cutting back on spending.

So the Fed used some of its limited ammunition in a way unlikely to be very effective, and has freaked out markets and consumers. Oops.

A time to borrow and spend

Coming back to Australia, it will be important to unpack both the Reserve Bank’s monetary response and the federal government’s fiscal response. How much is a response to COVID-19 and how much to the underlying weakness of the Australian economy?

The real fear is that too little will be done, especially with fiscal policy, to address that underlying economic weakness.

There is some hope, now the prospect of a budget surplus has essentially evaporated, the Coalition government will be free to do what it should have been doing all along – making long-term investments in the Australian economy.

Let’s not forget the government can borrow for 10 years at 1% in nominal terms – a negative interest rate when adjusted for inflation. Debt markets will essentially pay us to borrow from them. That is a rare opportunity to make smart investments that will pay huge dividends in years to come.