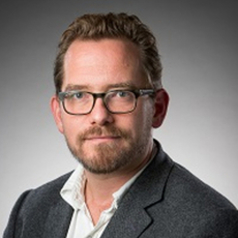 Sixty-six million years ago, an asteroid struck the Earth. The world was plunged into darkness, killing the dinosaurs and over 90% of all species alive. Today, every living thing descends from the handful of surviving species. But not all survivors thrived.

Some groups – birds and placental mammals, butterflies and ants, sunflowers, grasses – diversified, taking advantage of the devastation. Some, like crocodiles and turtles, didn’t. And still others, like multituberculate mammals and champsosaurus, survived the asteroid but went extinct in the aftermath.

Why the difference? Surprisingly, what separated winners and losers wasn’t how hard extinction hit them. Rather, winners had qualities that made them adaptable and competitive after the extinction: they were fast-growing, mobile, cooperative and clever. 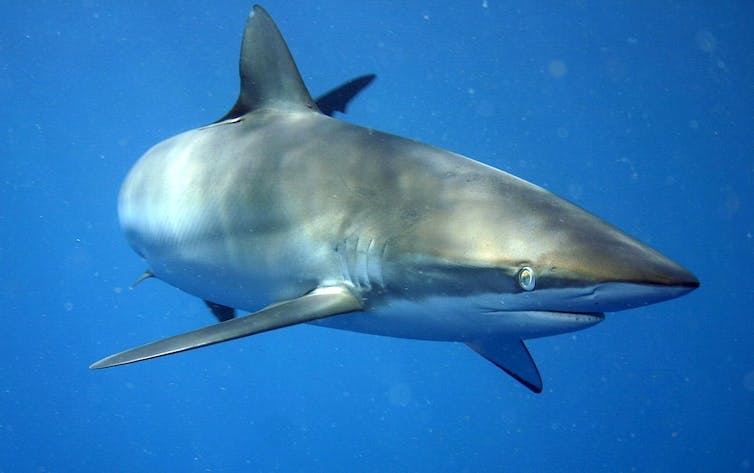 Some groups were completely eliminated: dinosaurs, pterosaurs, plesiosaurs and ammonites. Obviously, they couldn’t take part in a recovery. But among survivors, the groups that won out tended to be those hit hard by extinction.

These groups were winners only in a relative sense – 99.9% extinction is terrible, but beats 100% extinction among tyrannosaurs. But while these animals initially suffered, they thrived when the dust literally settled. Four things gave them an edge. 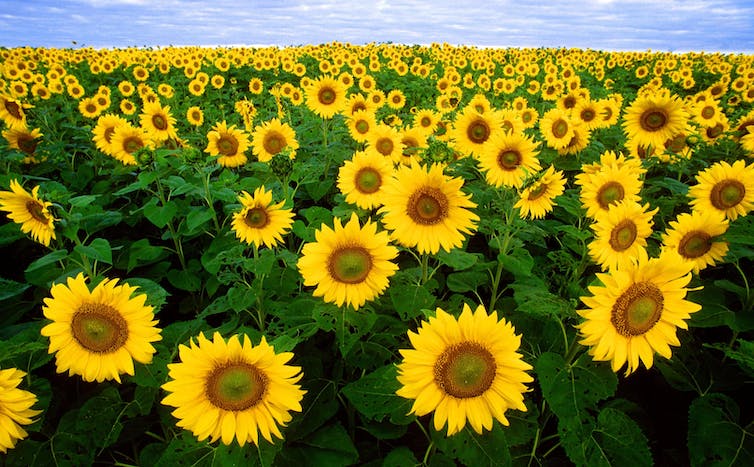 Fast-growing sunflowers complete their lives in a summer. Wikipedia

Higher metabolism requires more food. This was initially a liability for warm-blooded birds and mammals during the impact winter, when plants couldn’t photosynthesise food. But afterwards, being able to eat, grow and breed fast let birds and mammals rapidly increase their numbers, compete effectively, and colonise new habitats. Fast-growing flowering plants, especially grasses, flourished at the expense of slower-growing species.

Even within these groups, we see high metabolism providing an edge. Among mammals, placental mammals, with their higher metabolisms, outcompeted marsupials. Passerines, the most diverse group of birds, also have higher metabolic rates than other birds. 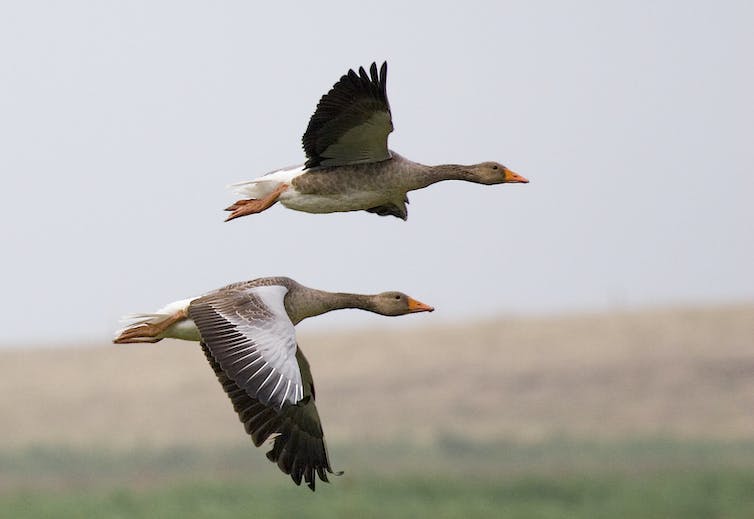 Third, winners tend to cooperate. Lions and wolves form prides and packs to take down prey and defend territory, elephants and zebras use herds for defence. Birds flock to find food and evade predators.

Meanwhile, some species cooperate with other species. Leafcutter ants and termites form alliances with fungi, cultivating them in return for food. Flowering plants give away nectar and fruit to animals, which then pollinate flowers and spread their seeds. By cooperating, these species compete more effectively, so cooperative animals like ants, elephants and orcas tend to play bigger roles in the ecosystem than solitary ones like alligators and turtles.

But maybe the most remarkable trend is the rise of intelligence. Mammals and birds have the largest brains of any animals. The largest-brained mammals, the placentals, have outcompeted marsupials and egg-laying monotremes. The most diverse birds, the passerines and parrots, are the brainiest.

Among insects, the social insects – ants, bees, termites – have complex behaviours that emerge from interactions of unintelligent individuals. This phenomenon is known as swarm intelligence, and not coincidentally, these insects dominated ecosystems after the asteroid winter. 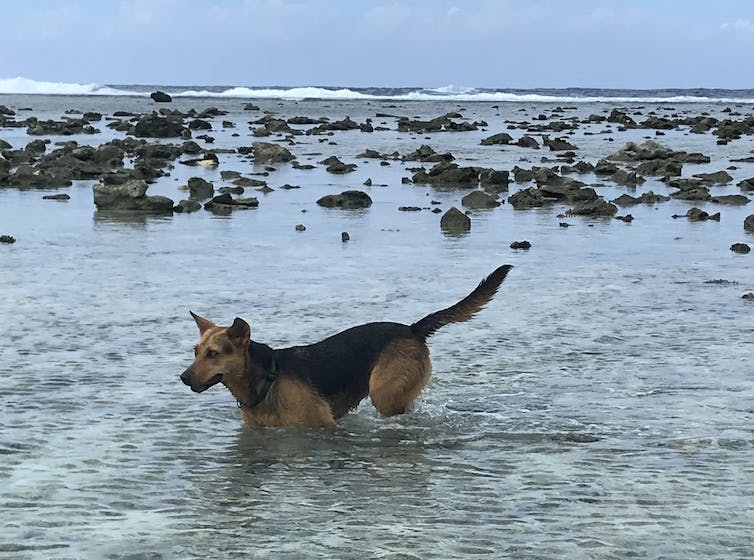 But intelligence doesn’t just make animals more competitive. It accelerates adaptation, because the first step in changing your DNA is changing your mind.

For example, before mammals could evolve into whales, they first had to learn to swim and fish, only afterwards could natural selection create flippers and sonar. Before horses could evolve, their omnivorous ancestors switched to a vegan diet, then, natural selection favoured tall-crowned teeth and complex guts to break down tough plants. Behaviour leads; genes follow. 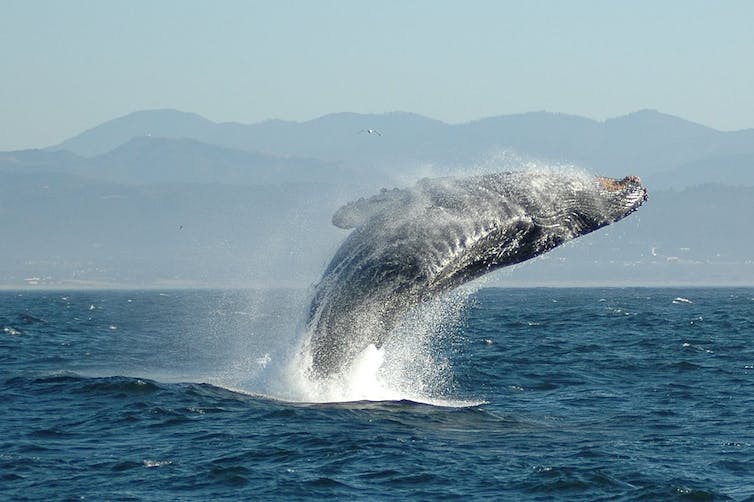 The greater an animal’s behavioural flexibility, the more tricks it can learn, and so the greater its adaptive potential. Animals don’t consciously decide their evolutionary futures. But they do choose what to eat, how to forage or where to live.

The continents were isolated in the early Cenozoic era just after the asteroid hit. Yet remarkably similar ecosystems dominated by mammals and birds evolved independently in South America, Africa, Australia and the Eurasian-North American supercontinent. That implies these groups’ dominance wasn’t an accident.

What’s striking is that these trends weren’t new – dinosaurs show similar patterns. Dinosaurs of the Cretaceous period had higher growth rates than their ancient Triassic ancestors. They were more mobile, some were fast runners, others – birds – flew.

The brains of these later dinosaurs were larger than earlier counterparts. T. rex was faster, smarter and had a faster metabolism than its forebears. Many – ceratopsians, duckbills, avimimids – show herding behaviours unknown from earlier dinosaurs.

Evolution may offer us some lessons here. Be quick. Move to find new opportunities. Work with others. Try new things. But above all, change – adapt.

These are almost always good strategies, but especially when you’re down, trying for a comeback.