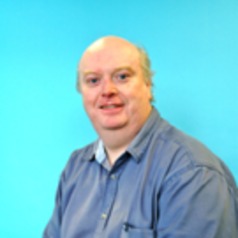 ScotCHEM Chair in Chemical Physics, Heriot-Watt University
Research Interests:
My principle research interests are in the mechanism, dynamics and kinetics of chemical processes involving surfaces. This encompasses a range of activities from fundamental studies of the nuclear and electronic dynamics in collision- and photon-promoted processes through investigations of surface physics and chemistry relevant to understanding the role of gas-grain interactions in the interstellar medium to developing a novel mass spectrometry technique for the study of surfaces, plasma-assisted desorption/ionisation mass spectrometry (PADI-MS).

I am particularly interested in the application of surface science methods to the study of physics and chemistry related to the chemical evolution of the universe; the formation of molecules, their astrochemical transformations and the evolution of the chemical potential for life. In this respect, I work closely with astronomers, molecular astrophysicists and others engaged in the study of our chemica cosmos.

Research Grants Received:
Over the course of my career, my research has been funded principally through UK Research Council awards and a large EU Framework award to support a pan-European training network to a total value in excess of £11M (LASSIE - Laboratory Astrochemical Surface Science in Europe - FP7/2007-2013 under grant agreement number 238258) which I coordinated from 2010 to 2014.

In addition, I have given numerous seminars at other institutions; including the prestigious van Marum Colloquium at the University of Leiden, which of the over 60 delivered only 6 have been given by UK scientists. I have also made presentations at numerous events run by the Royal Society, the Royal Society of Chemistry and the Institute of Physics. I have also been involved in organising at least 20 national and international meetings; Chaired the successful Faraday Discussion Number 141 on water at interfaces and will chair Faraday Discussion Number 168 on solid state and surface astrochemistry, chaired the combined the European Conference on Surface Science and European Physical Society Condensed Matter Meeting in Edinburgh in 2012 and co-chaired a number of parallel meetings at that time and the IVC in Paris in 2013.

Public Engagement and Schools Outreach:
I have been active in PE and outreach since my first appointment. At UEA, I coordinated the Shell-Royal Institution Masterclasses in Spectroscopy for 6th Form Students and was involved in developing a short residential programme for teachers of chemistry. In Nottingham, I proposed and helped to develop the Stars ‘r’ Us! Exhibit in astrochemistry for the 2004 Royal Society Summer Exhibition, at which it was viewed as amongst the most popular of the exhibits. The materials prepared by the team were made available on CD, and remain so today, and many teachers across the UK have taken the opportunity to acquire this material from the SRU team. The team’s experience in assembling and operating the exhibit that July was later reported in the Royal Astronomical Society journal Astronomy & Geophysics [see Viti et al., Astron. Geophys., 2004, 45, 6.22-6.24] and via the SRU website at http://www.stars-r-us.org. In addition, the Royal Society of Chemistry invited the team to prepare a short paper on the science themes of SRU for their journal Education in Chemistry [see McCoustra et al., Educ. Chem., 2005, 42, 153-155]. This paper, along with other papers from that journal on similar themes was later assembled into a special teachers pack by the SRU team, with the full support of the journal concerned, as part of their presence at the Royal Society Scottish Summer Exhibition in September 2006.

Following on from the Royal Society Summer Exhibition in 2004, there was a veritable whirlwind of activity as SRU took on a life of its own. Invitations flowed in to participate in large scale public outreach events;

Those events have meant that the exhibit has been seen by in excess of 75,000 members of the public across Europe and the public have seen the enthusiasm with which the team and their research staff operate SRU.

With my move to Heriot-Watt, my SRU activities continued and in addition I took on the role of Outreach Coordinator for Chemistry and Chair of the Outreach Group in Engineering and Physical Sciences. I deliver typically over a dozen lectures in schools each year and manage in-house activities including the Royal Society of Edinburgh Masterclasses in Science and Technology (for junior high school pupils), the Salters’ Festivals of Chemistry at Heriot-Watt, and our week long residential course for chemistry teachers. I also act as an interface for RSC (Top of the Bench and the Young Analyst’s Competition) and Royal Academy of Engineering (Headstart and Dragofly) events.

Since the launch of Sputnik 1 in 1957, the lower orbit around the Earth has become an increasingly congested environment with more than 2,200 satellite launches to date. Those satellites along with launch vehicle... 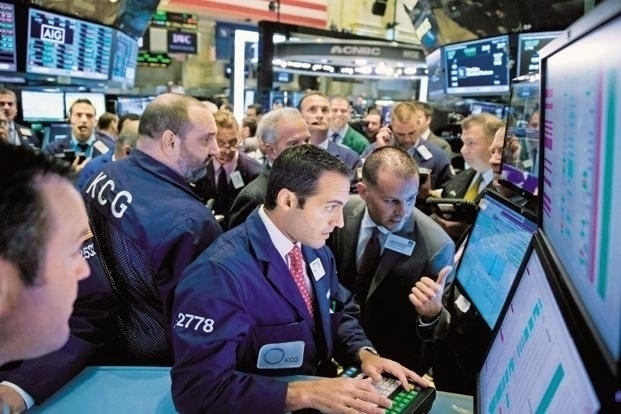 U.S. retail sales growth decelerated in July. Sales grew 1.2 percent, slowing down from the 8.4 percent growth in June. Consensus expectations were for a growth of 1.9 percent. The volatile categories recorded mixed...

The Corona crisis has hit the British economy comparatively hard. In addition, Brexit risks remain high, which is why we assume that the pound will continue to remain weak against the euro. Given that the UK and EU...

Macau has started reissuing tourist visas to bring gamblers back and keep casino operators from losing $15 million daily in expenses. The coronavirus lockdowns brought a severe downturn to the number of Macaus visitors...

US to label goods from Hong Kong as 'Made in China'

Good entering the US from Hong Kong after Sept. 25 will be labeled as Made in China, according to a notice in the US Federal Register. There are limited direct exports from Hong Kong, with most of the citys shipments to...

The UK economy suffered its worst slump on record in the second quarter with a 20.4 percent plunge, the biggest of any major global economy. The slump, preceded by a 2.2 percent contraction in the first quarter, sent... 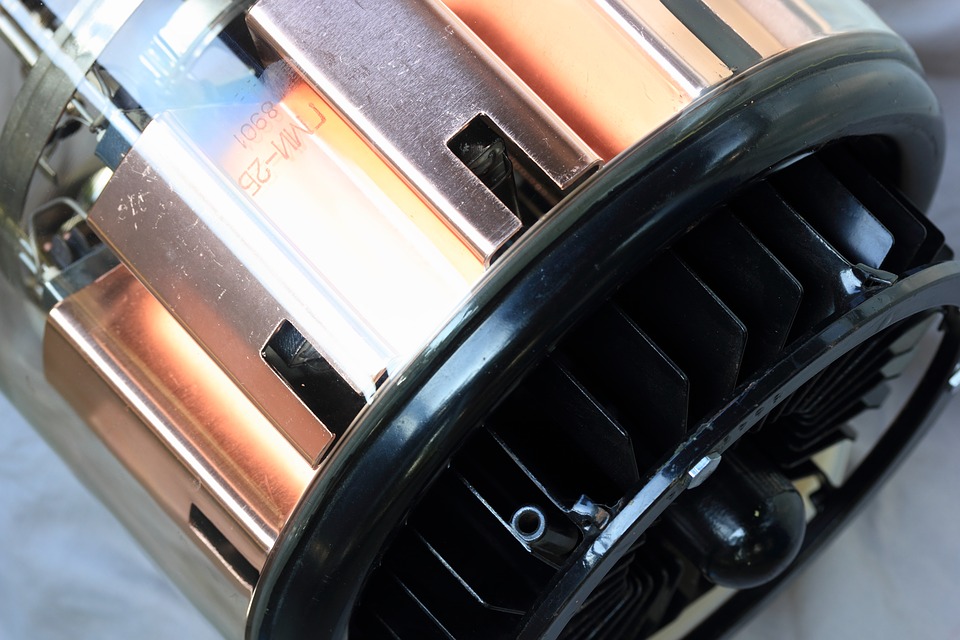 Some of the political tensions between countries lie in the border between two conflicting nations, and in this case, it was Russia and China. Should tensions like these escalate further, then a possible World War 3 could...

Former President Barack Obama, like Donald Trump, also tackled a public health crisis during his eight years as commander-in-chief. On a rare occasion, Trump recently seemed to suggest that he would not ask for his...

Donald Trump will be formally accepting the Republican party nomination as he faces reelection against former vice president Joe Biden. First lady Melania Trump is also set to address the party, and her speech may be...

The latest episode of former first lady Michelle Obamas podcast was centered on womens health specifically what happens over time. Sitting down with OB-GYN Dr. Sharon Malone, Michelle opened up about her experience of... 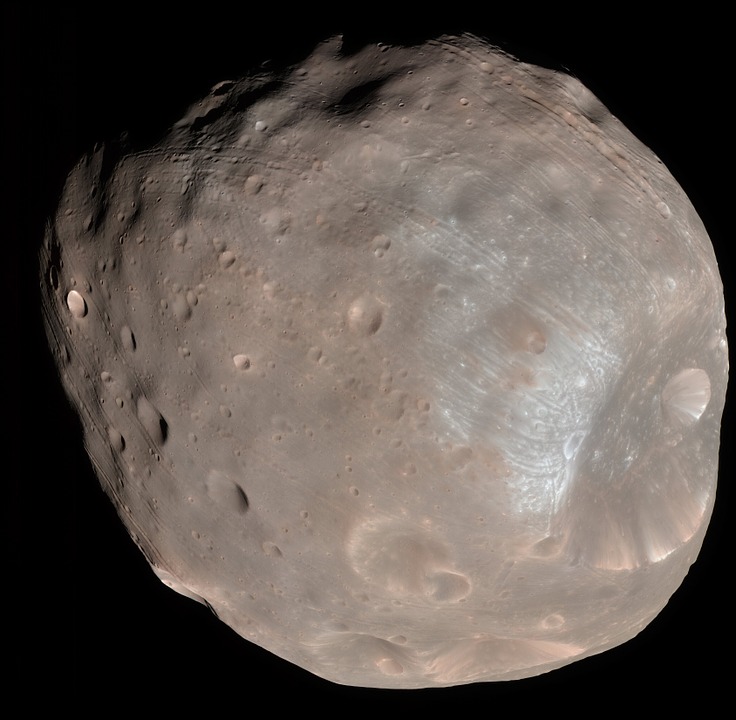 The universe never fails to amaze space enthusiasts and astronomers alike with the many stars, asteroids, planets, and moons that have strangely beautiful characteristics. NASA has recently released photos of one of those...

Since the breakout in December 2019, the coronavirus pandemic also known as COVID-19 continues to terrorize the world to this day. Scientists are increasing efforts to study and develop a possible cure, but researchers...

In the universe, the planets in our Solar System are only a fraction of the number of planets that are out there orbiting their respective stars and star systems. Some of those exoplanets are strangely amazing, and NASA...

Alongside the COVID-19 pandemic is the fight against climate change, which is now occurring at an accelerated rate in some parts of the worlds polar regions. Unfortunately, researchers have predicted a grim outcome of the...

Space agencies such as NASA are constantly on the lookout for asteroids that would wander into the Earths orbit. With the news of one particularly hazardous asteroid making its way Earthbound, NASA revealed when it will be... 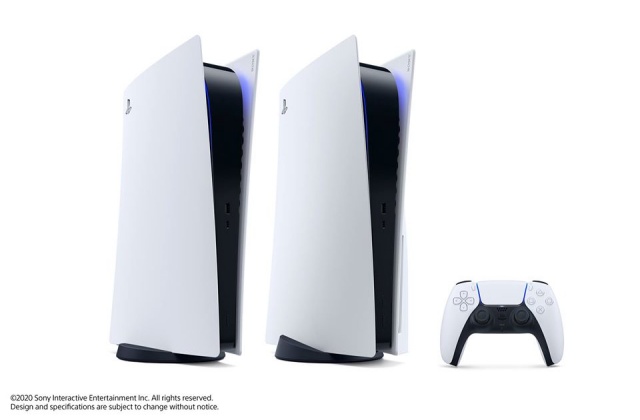 PlayStation 5 is expected to be out in the market before the year ends. Sony is planning to release two types of gaming systems and they are the regular units and the digital version. The digital will not have a disc...

With only a few months left before the next-generation console war happens, the gaming community can expect more leaks to surface online. Recently, various sources have pointed to a very likely chance for Xbox Series X to...

More details about the anticipated BioShock 4 have come to light recently from one of the most common sources of information within the gaming community. The games developer has several active job listings that also hint...

The latest entry to Qualcomms Snapdragon 8 series has usually been the processing chip expected to power every smartphone makers top-tier flagship device. While Pixel 5 is billed as Googles next premium smartphone...

It might take a while before Apple launches the AirPods 3 but that would be worth it, especially for cyclists. A newly granted Apple patent suggests a safety-oriented feature could be added in the next-generation truly... 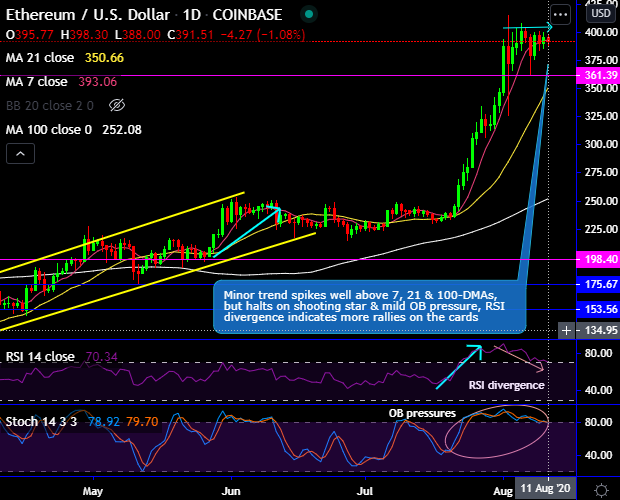 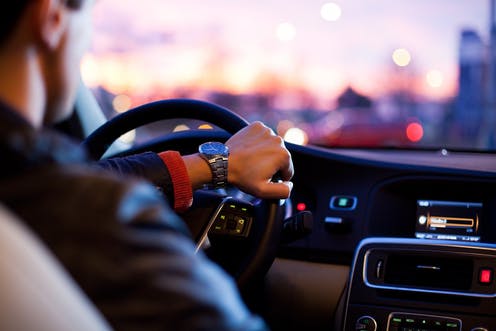 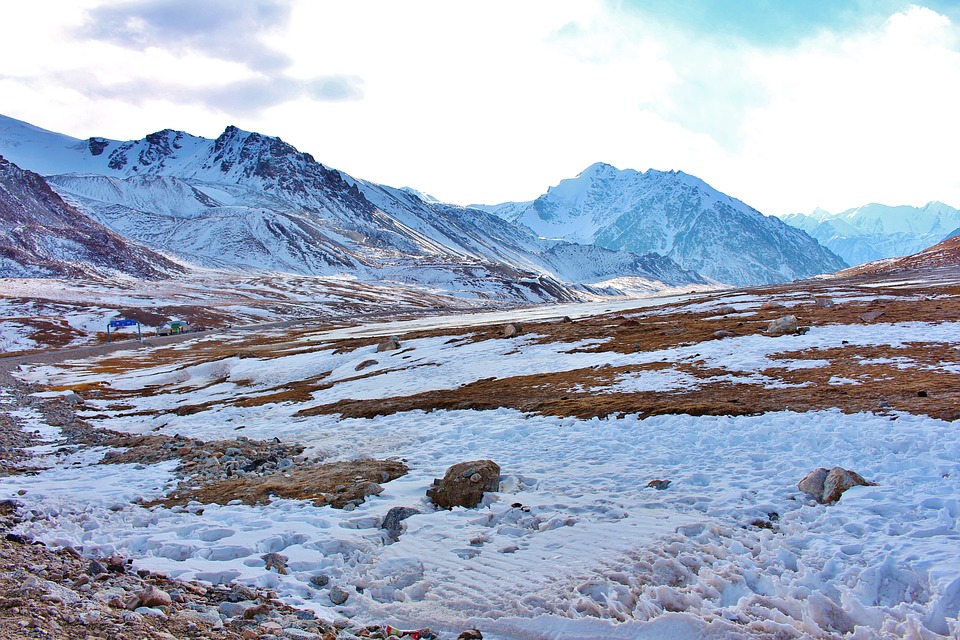 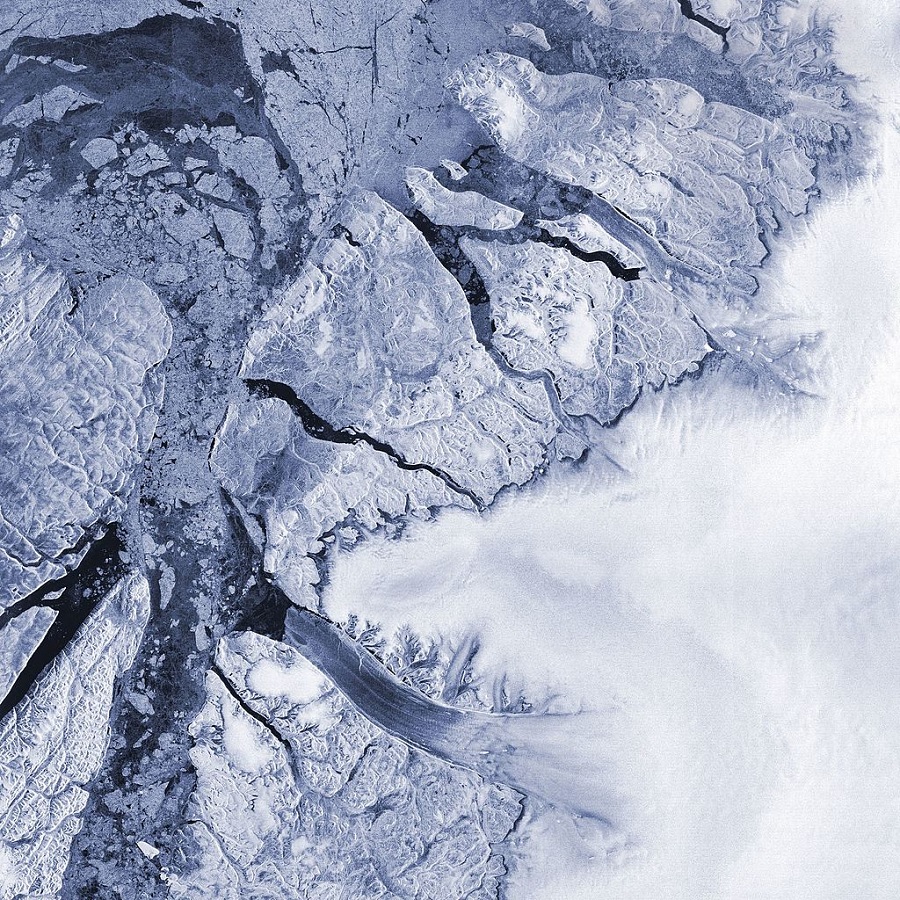 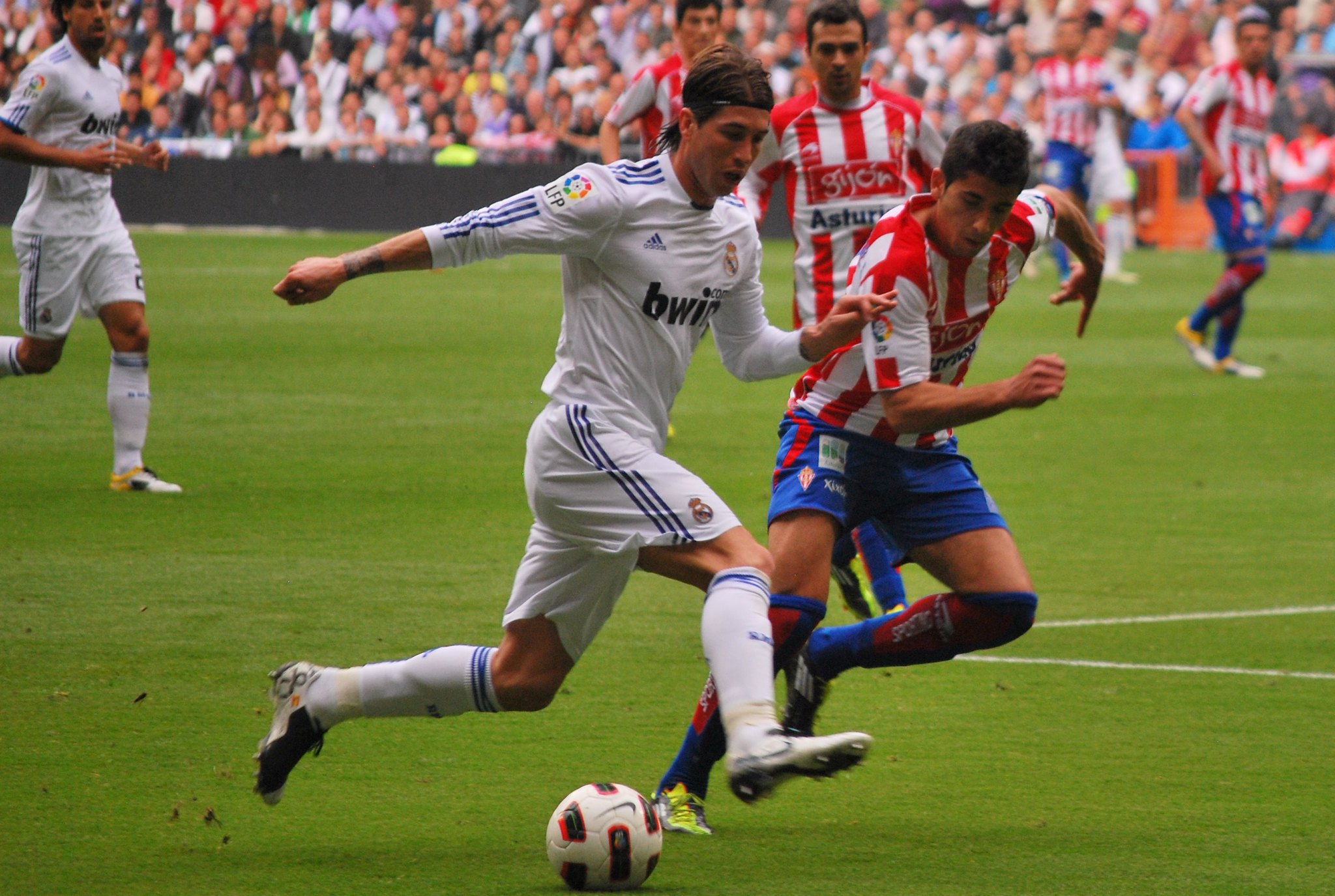 FxWirePro: USDCAD recovers on the upbeat US retails sales, good to buy on dips