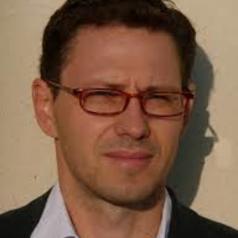 The personal ethics of COVID-19 are a minefield. Over winter, disputes over our duties to one another with regard to the virus dominated Thanksgiving, Christmas and New Year and they continue to raise questions with many people are back in lockdown. Now, with vaccines being rolled out around the world, questions have arisen about how the vaccinated and non-vaccinated should behave.

All these debates revolve around a single question – is it our moral obligation not to get sick in a pandemic? Philosophy holds some of the answers, which I explore in my book on the ethical lessons of lockdown.

There are two main rival models of ethics: one is based on rights, the other on duties. The rights-based model, which traces its philosophical origins to the work of John Locke in the 17th century, starts from the assumption that individuals have rights. In its most zealous expression it also adds that there are things no person or group (especially the state) may do to individuals without violating their rights. Under this model, individuals have a right to life, liberty and the pursuit of happiness.

According to this approach, duties are related to rights, but only in a subordinate role. My right to free speech puts you under a duty to allow me to publish my satirical cartoons. My right to an education puts others under a duty not to harm me on my way to school. My right to health implies a duty on my country to provide some healthcare services, to the best of its abilities.

This is arguably the dominant interpretation when philosophers talk about rights, including human rights.

Life, liberty and the pursuit of happiness

Rights play a crucial role in modern politics and ethics, and rightly so. We cannot think of modern life in the west without reflecting on hard-fought rights. A law was approved in France in 2018, for example, which gives citizens the “right to make mistakes” in dealings with the government without being automatically punished. This is to be welcomed.

But what started as a right to life, liberty and the pursuit of happiness has evolved to justify many other claims, including the right to get sick, or at the very least the right to risk getting sick. During the pandemic, this right has been taken to menacing excesses by anti-mask and anti-lockown groups, politically active in almost every country around the world.

This is the ugly side to rights-based theories. Your right to get sick, or to risk getting sick, could imply a duty on others to look after you during your illness.

In the exceptional times in which we find ourselves, putting rights before duties is beyond the realm of justification. The right to get sick is potentially deadly, and not only for the person getting sick: thousands of frontline healthcare workers have died worldwide from COVID-19 after caring for infected patients.

COVID-19 is forcing us to revisit some of our most entrenched moral assumptions and embrace new perspectives. Contrary to what the rights-based model would suggest, from a moral point of view, it is a mistake to think of duties merely as correlated and subordinate to rights.

The pre-eminence of rights in our moral compass has vindicated unacceptable levels of selfishness. It is imperative to undertake a fundamental duty not to get sick, and to do everything in our means to avoid causing others to get sick. Morally speaking, duties should come first and should not be subordinated to rights.

Putting duties before rights is not a new, revolutionary idea. In fact it is one of the oldest rules in the book of ethics. Primum non nocere, or first do no harm, is the core principle in the Hippocratic Oath historically taken by doctors, widely attributed to the ancient Greek philosopher and physician Hippocrates. It is also a fundamental principle in the moral philosophy of the Roman statesman Marcus Tullius Cicero, who in De Officiis (On Duties) argues that the first task of justice is to prevent men and women from causing harm to others.

When it comes to navigating the morality of living with COVID-19, we could do a lot worse than following the moral teachings of our ancestors. Because yes, we do have a moral duty to avoid catching this disease.