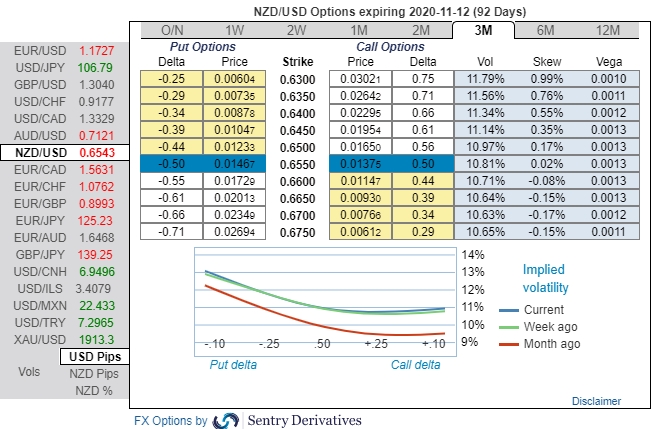 The Kiwis central bank (RBNZ) left the stance of monetary policy broadly unchanged today, as widely anticipated. The RBNZ’s headline was that a further easing in monetary policy has been delivered. But it is “further” only in the sense that the RBNZ has been explicit about the long timeframe over which it intends to buy bonds under the LSAP. The rate at which it intends to buy bonds has not changed, so we would say that the stance of monetary policy has not changed.

However, the RBNZ has provided useful clarity to markets, both about the future of the LSAP and about its readiness to deploy a negative OCR.

The RBNZ expanded the cap on the Large-Scale Asset Purchase (LSAP) programme from $60bn to $100bn. But that is not necessarily a monetary easing, because the new timeframe over which the purchases will be conducted is much longer. Previously the LSAP programme was $60bn by May 2021, which implied an average weekly purchase pace of around $900m per week. Now the LSAP now $100bn by June 2022, which implies an average purchase pace of only $800m per week. Describing the LSAP as a larger number over a longer timeframe does do two things: 1) it gives the RBNZ more flexibility to frontload purchases if necessary; and 2) it provides more certainty to the market.

NZDUSD price plunges below 0.65 levels as bears are intensified as predicted in our recent posts.

Let’s now quickly glance through OTC updates before deep diving into the strategic frameworks of NZDUSD. The pair is showing higher IVs among G10 FX bloc (3m IVs are in between 10.65 – 11.79%).

The skewness of 3m IVs still signals extreme downside risks, bids for OTM put strikes are quite visible (up to 0.63 for these tenors, refer above chart). Based on above-mentioned fundamental factors and OTC outlook, diagonal debit put spreads are advocated on RBNZ’s post monetary policy effects, the strategy is designed to mitigate the downside risks with a reduced cost of trading.