Hyundai inundated with orders for Ioniq 5 in Europe 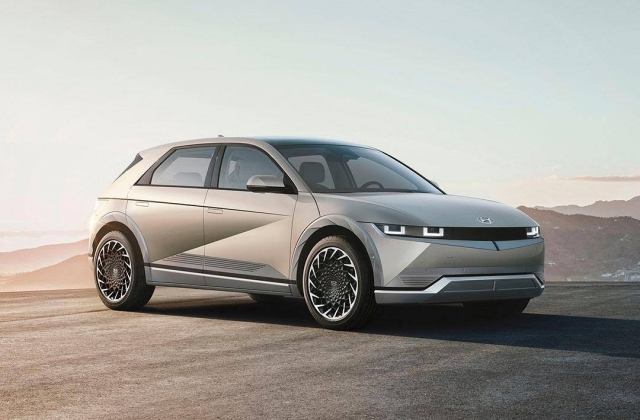 Hyundai is off to a good start with its entrance into the EV market through its Ioniq 5 car model. It was revealed that it is not just in South Korea, but there is a tremendous interest in its all-new electric car in Europe.

The interest in Hyundai’s limited edition of its Ioniq 5 Project 45 was overwhelming. This was demonstrated when the South Korean automaker received thousands of orders within just 24 hours after it was unveiled. To be more exact, 23,760 pre-orders were placed as the units are rolling out in a few months.

As per The Korean Times, Hyundai’s European branch unit shared that it sold 3,000 units of the new electric car model on the first day the moment they opened the line for preorders. The subsidiary went on to reveal that the consumers in Europe truly showed a strong response to Ioniq 5. Aside from the preorders, 10,000 individuals have also applied to buy the car.

Moreover, the interest in the said car model became more apparent when the European branch of Hyundai received more than 236,000 inquiries after the vehicle was introduced. Some commenters on Hyundai’s social media page wrote that Ioniq 5 is better than Tesla’s.

"The world premiere of the Hyundai IONIQ 5 was followed by the highest number of European customer inquiries of any new car launch for the brand," Hyundai said in a statement. "Debuted via a virtual world premiere, the IONIQ 5 quickly generated a very high level of website traffic and social media engagement from consumers in Europe – more than ever previously recorded by Hyundai for such an event, including the launch of the very popular all-new Tucson SUV in 2020."

Hyundai has big plans when Ioniq 5 is finally released in Europe, which will happen this month. It was said that the carmaker is planning to bring the EV to other parts of the world, including in the U.S. The company’s target is for the car model to reach the American shore before the year ends.

Finally, Hyundai’s Ioniq 5 electric cars have no official release date yet in Europe, but it was already confirmed to arrive in a few months. The first batch of customers will get their cars delivered within the second quarter of 2021.