Seoul to open eco-friendly stores for refillable products at supermarkets

Hyundai Mobis to use renewable in all worksites by 2040

Nature's GPS: how animals use the natural world to perform extraordinary feats of navigation 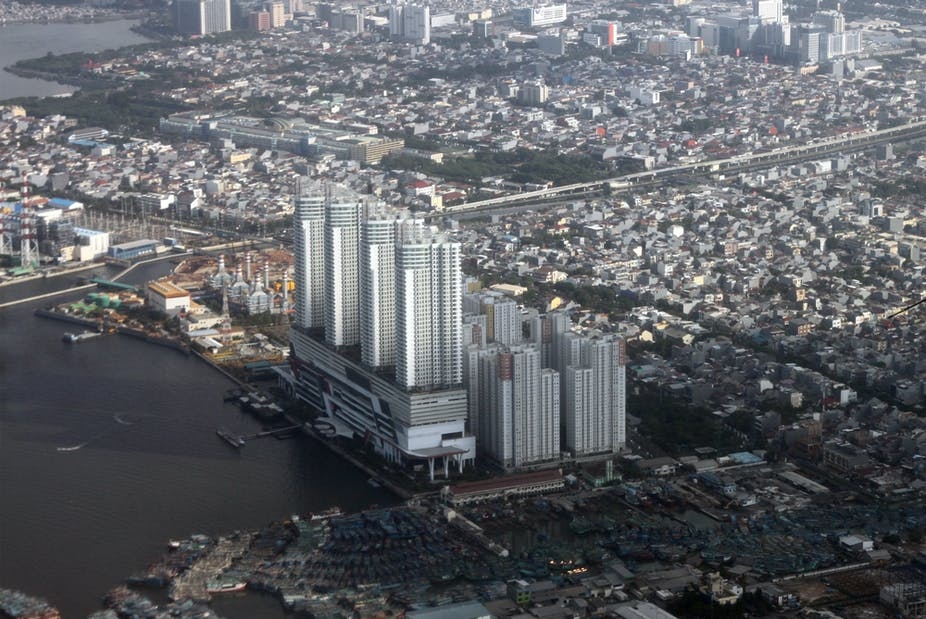 The northern area of Jakarta is where the land surface is sinking fastest. Yulius Satria Wijaya/Antara 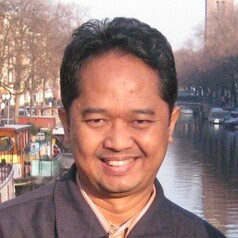 As Indonesia’s capital and most populous megacity, Jakarta needs rapid solutions to tackle the problems of land subsidence and sea-level rise.

A recent study by the National Research and Innovation Agency (BRIN) stated that, without aggressive effort, around 25% of the capital area will be submerged in 2050.

The risk could increase twofold or even more because of climate change.

In late July, US President Joe Biden even said Indonesia may have to move its capital in ten years because Jakarta is “going to be underwater” due to its environmental issues.

Increased temperatures caused by climate change have melted three glacier regions of the Earth: Antarctica in the southern polar region, Greenland in the north and the Himalayan mountains. As a result, the volume of seawater has increased and seas have expanded, putting coastal areas in danger of submerging.

Strong surges, cyclones and tides due to the changing climate add to the problems of the high water.

On top of that, Jakarta is routinely flooded due to upstream heavy rainfalls or local rainfalls.

Multiple efforts to tackle these issues are urgently needed.

The land surface is sinking while the sea is rising

The latest study from IPB University in West Java, Indonesia, showed various areas in Jakarta were at risk of sinking between 1.8cm and 10.7cm per year during 2019 and 2020.

The worst change in land level occurred in North Jakarta with land subsidence estimated at around 4.9cm a year.

The research found the main cause of the problem is overuse of groundwater by home drilling as a result of massive developments.

Residents of Jakarta use their own wells to get freshwater from underground. The continuous water intake from the ground wells has produced a massive empty space underground, which becomes the major subsidence area.

The development of large buildings, hotels and shopping have also encouraged excessive use of groundwater.

The municipalities of the capital have banned those customers from taking groundwater. However, the policy has not been effective in stopping violations.

While the capital’s land surface is sinking, the sea is rising.

Research found the sea-level rise is about 3.6mm per year.

The figure matches quite well with satellite observations from the Jason and ENVY satellites, which are used to measure precisely the rate of sea-level rise.

The estimates are similar to those of Assessment Report 6 by the United Nations Intergovernmental Panel on Climate Change (IPCC). The report calculates the rise averaged about 3.7mm per year between 2016-2018.

To reduce the impact of the primary cause of land subsidence, the municipality of Jakarta has attempted to limit the groundwater intake by large customers.

However, there is no alternative water supply.

The local Jakarta government still could not provide domestic water for 9 million inhabitants in the city and another 15 million people who commute and work in the city by day.

Addressing the lack of water supply is vital to conserve groundwater while reducing the rate of subsidence.

On the other hand, the authority should also act to counter the rising sea level.

One of the efforts to increase Jakarta’s resilience involves building a giant sea wall in the north of the city.

In its 2019 special report, the IPCC highlighted the need to build infrastructure like sea barriers to protect coastal areas.

Nevertheless, the government should develop this plan carefully by considering the actual risk data, as well as ensuring public participation to reduce social conflicts.

In 2011 Dutch and Indonesian planning consultancies, sponsored largely by the government of Netherlands, initiated the plan to build the sea barrier.

The core of the plan was to build a barrier across the bay of Jakarta. The former bay will be converted into a water reservoir and water will be pumped out into the sea to control flooding.

As an addition to the sea barrier, there was also an attempt to reclaim land by building artificial islands off the coast of Jakarta in the north. A cluster of these islands were to be built to represent the symbol of the nation in the form of an eagle.

However, the majority of people rejected this idea.

The newly elected governor of Jakarta then cancelled the plan in October 2017.

Right now there are only three remaining artificial islands of the 17 originally planned. The construction of 46.212 km of coastal barrier along the northern area of Jakarta is continuing.

The other option to increase resiliency is to rely on natural buffers such as mangroves.

These ecosystems could calm the waves and reduce surge-related flood damage by more than 15% annually.

However, the only remaining mangrove ecosystem in Jakarta is located in Angke, at the western area of the capital. Almost 93% (272 hectares) of 291.17 hectares of mangroves has been destroyed by infrastructure development and plastic waste.

Restoration of this ecosystem is needed to counter the rising sea level in certain areas.