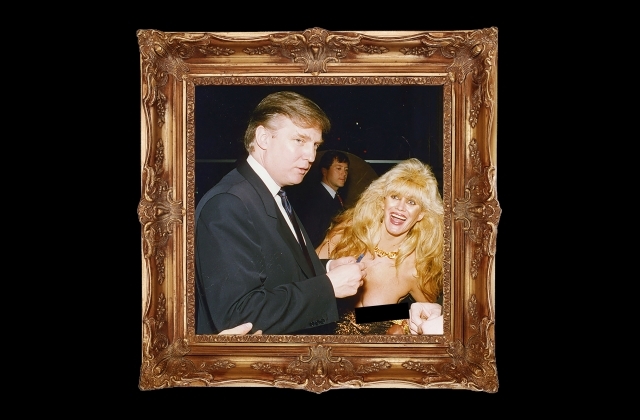 Creatd released its second NFT art through its subsidiary, OG Gallery, an NFT library of iconic photographs, videos, and illustrations. This time, the company is featuring photos of former U.S. President Donald Trump for its latest non-fungible token drop.

According to Bloomberg, shares of Creatd immediately surged following the release of its Donald Trump NFT. This just shows that anything associated with the former president still yields good results and proved to be a lucrative way to be minted as a meme stock.

Based on the report, Creatd's shares more than doubled in the premarket trading after announcing its new Donald Trump NFT drop via OG Gallery. The company is offering three images of the 75-year-old businessman turned politician.

The blockchain-based digital art collection includes a photo of Trump where he was signing his signature at the breast of a model during a formal gala event. The image was captured when the ex-president was way younger.

"They say a picture is worth a thousand words, and the Trump photographs are no exception," Jeremy Frommer, Creatd's founder and co-CEO, said in a press release. "We have waited a long time to sell these priceless images which were captured decades before they took on the significance and symbolism they hold today."

Lauri Weisberg, the company's co-CEO, added that photos of Trump featured in their newest NFT collection "represent an opportunity to inspire conversation, and debate perspectives, from sharing light-hearted wisecracks to ardent political judgments." Weisberg further said that Creatd will continue to explore the NFT sphere and make the most of the economic opportunities that it can foster for the creator community.

At any rate, Creatd is selling the Donald Trump NFT photos for 240 ETH. Those who will purchase this digital asset will also get the original high-resolution JPG version of the photo and a large scale 1/1 print of the image in a gilded frame. All of these are included in the package and fully authenticated by the OG Collection curation team.

Interested parties can purchase the rare NFT offered by the OG Gallery via the OpenSea NFT marketplace platform. Finally, it was said that with the release of Trump's NFT, Creatd has become one of the retailer-traders to have a link to the former president.