Clear evidence for a link between pro-inflammatory diets and 27 chronic diseases. Here’s how you can eat better

Unwanted weight gain or weight loss during the pandemic? Blame your stress hormones

Does coffee burn more fat during exercise? What the evidence tells us 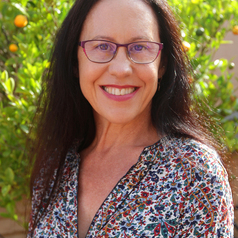 Mycoplasma genitalium (MG) is a sexually transmitted infection (STI) with many of the hallmarks of its better-known counterpart, chlamydia.

You can have MG without knowing it, or have symptoms; it can affect men and women, and it can be treated with antibiotics.

However, unlike chlamydia, we only have a limited number of antibiotics to treat it, due to a quirk in its cellular structure and the growing threat of antibiotic resistance. The antibiotics we need to use with resistant MG can also, uncommonly, have serious side-effects.

Here’s what you need to know about this common STI.

MG can affect both men and women, and is passed from person to person via their body fluids when they have sex. That can be via penile-vaginal sex or via penile-anal sex. Transmission via oral sex isn’t thought to be a big factor.

Several studies tell us MG is common, perhaps as common as chlamydia.

UK and US data show 1-2% of the adult population have it (making it about as common as chlamydia), and it is as common in men as in women.

In research yet to be published, when we tested women who walked through the door of our sexual health service in Melbourne, 6% had MG, which was as common as chlamydia (7%) in women in the same study. Of women with MG, roughly the same number had symptoms compared to no symptoms. When we tested gay men without symptoms who attended our service, 10% had MG.

However, we’re not entirely sure how many people are infected with MG throughout Australia. That’s because Australia has yet to set up a formal surveillance network (we’re in the middle of setting that up at the moment). MG is also not a notifiable disease yet. That means doctors or laboratories don’t have to tell health authorities when they have a case.

How do I know if I have it?

If you do have symptoms, these can resemble those of chlamydia. So the best thing is to go to your GP or sexual health clinic for a checkup, as the treatments are different.

If you’re a man with symptoms, they can vary from mild to moderate and include:

For women, symptoms may include:

How is it treated?

Once diagnosed, you’ll be treated with a course of oral antibiotics for about two weeks. Unfortunately, you may need several courses to cure the infection due to increasing antibiotic resistance. And some of these antibiotics can have side-effects. Occasional, but serious, side-effects include an abnormal heart rhythm, rupture of tendons and nerve damage.

What happens if I leave it untreated?

If left untreated in men there are no apparent complications but the main risk is men can infect new partners and reinfect treated partners. And for gay men, there’s some data to suggest a link between MG and HIV, although further studies are needed.

Can I still be tested even if I don’t have symptoms?

Current guidelines both in Australia and internationally recommend testing people with symptoms, or sexual contacts of known cases. They don’t recommend doctors screen people without symptoms.

For MG that balance is against screening currently. That’s because there are often no symptoms and we don’t yet fully understand how often the infection progresses to cause harm, although it seems to do so less often than chlamydia. The microorganism has also rapidly become so resistant to antibiotics we are having to use stronger and stronger ones, and multiple courses, to cure. This contrasts to chlamydia, which is easy to cure.

Not only do many antibiotics have side-effects, they affect the bacteria in people’s gut. These bacteria are important to keep us healthy, and if we bombard them with antibiotics it can affect our health and also lead to antibiotic resistance in a whole range of other bacteria, not just MG.