4 reasons why a gas-led economic recovery is a terrible, naïve idea 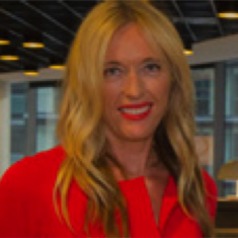 Finkel has said natural gas plays a critical role in Australia’s transition to clean energy. But, as the scientists write:

that approach is not consistent with a safe climate nor, more specifically, with the Paris Agreement. There is no role for an expansion of the gas industry.

And yet, momentum in the support for gas investment is building. Leaked draft recommendations from the government’s top business advisers support a gas-led economic recovery from the COVID-19 pandemic. They call for a A$6 billion investment in gas development in Australia.

This is a terrible idea. Spending billions on gas infrastructure and development under the guise of a COVID-19 economic recovery strategy — with no attempt to address pricing or anti-competitive behaviour — is ill-considered and injudicious.

It will not herald Australia’s economic recovery. Rather, it’s likely to hinder it.

The draft recommendations — from the National COVID-19 Coordination Commission — include lifting the moratorium on fracking and coal seam gas in New South Wales and remaining restrictions in Victoria, and reducing red and “green tape”.

But the proposals have failed to address a range of fundamental concerns.

The effect on climate change

Accelerating gas production will increase greenhouse gas emissions. Approximately half of Australian gas reserves need to remain in the ground if global warming is to stay under 2℃ by 2030.

Natural gas primarily consists of methane, and the role of methane in global warming cannot be overstated. It’s estimated that over 20 years, methane traps 86 times as much heat in the atmosphere as carbon dioxide.

And fast-tracking controversial projects, such as the Narrabri Gas Project in northern NSW, will add an estimated 500 million tonnes of additional greenhouse gases into the atmosphere.

These potential threats are enormous concerns for our agricultural sector. Insurance Australia Group, one of the largest insurance companies in Australia, has indicated it will no longer provide public liability insurance for farmers if coal seam gas equipment is on their land.

Investing in gas makes absolutely no sense when renewable energy and storage solutions are expanding at such a rapid pace.

It will only result in stranded assets. Stranded assets are investments that don’t generate a viable economic return. The financial risks associated with stranded fossil fuel assets are prompting many large institutions to join the growing divestment movement.

Solar, wind and hydropower are rolling out at unprecedented speed. Globally, renewable power capacity is set to expand by 50% between 2019 and 2024, led by solar PV.

Solar PV alone accounts for almost 60% of the expected growth, with onshore wind representing one-quarter. This is followed by offshore wind capacity, which is forecast to triple by 2024.

Domestic pricing is far too expensive

Domestic gas in Australia’s east coast market is ridiculously expensive. The east coast gas market in Australia is like a cartel, and consumers and industry have experienced enormous price hikes over the last decade. This means there is not even a cost incentive for investing in gas.

As Australian Competition and Consumer Commission chair Rod Simms declared in the interim gas report released last week, these price issues are “extremely concerning” and raise “serious questions about the level of competition among producers”.

To date, the federal government has done very little in response, despite the implementation of the Australian Domestic Gas Security Mechanism in 2017.

This mechanism gives the minister the power to restrict LNG exports when there’s insufficient domestic supply. The idea is that shoring up supply would stabilise domestic pricing.

But the minister has never exercised the power. The draft proposals put forward by the National COVID-19 Coordination Commission do not address these concerns.

There is no doubt gas producers are suffering. COVID-19 has resulted in US$11 billion of Chevron gas and LNG assets being put up for sale.

And the reduction in energy demand caused by COVID-19 has produced record low oil prices. Low oil prices can stifle investment in new sources of supply, reducing the ability and incentive of producers to explore for and develop gas.

It’s clear the National COVID-19 Coordination Commission’s recommendations are oriented towards helping gas producers. But investing in gas production and development won’t help Australia as a whole recover from the pandemic.

The age of peak fossil fuel is over. Accelerating renewable energy production, which coheres with climate targets and a decarbonising global economy, is the only way forward.

A COVID-19 economic strategy that fails to appreciate this not only naïve, it’s contrary to the interests of broader Australia.