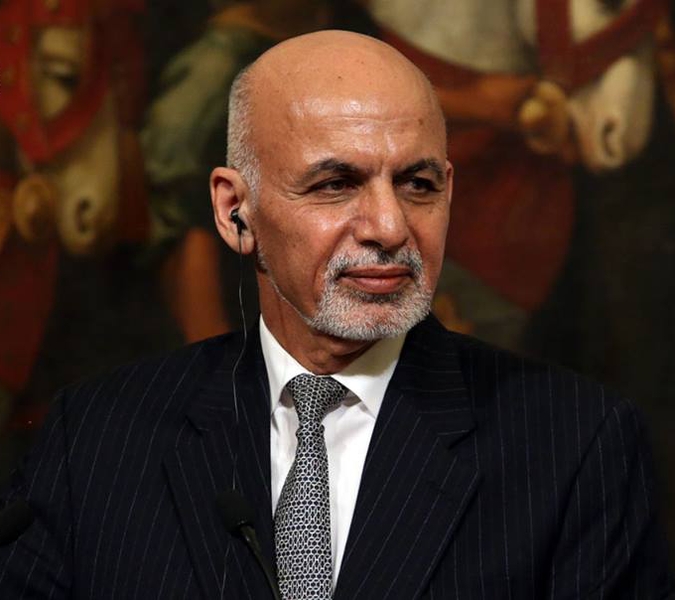 This month marks one year since the West’s military forces withdrew from Afghanistan after nearly 20 years of war, leaving the Taliban to retake power in the country. The former president of Afghanistan recently voiced his agreement criticizing the deal made between the Taliban and the US under the Trump administration.

Speaking on “Fareed Zakaria’s GPS” on CNN Sunday, former Afghan president Ashraf Ghani said he was critical of how the Afghan government was not included in the talks between the US under Donald Trump and the insurgent group.

While Ghani did not say whether he felt betrayed by the US, Ghani agreed when Zakaria pressed on whether the agreement between the Trump administration and the Taliban was a disaster.

Ghani added that the Afghan-led aspect of the process was “hijacked.”

“We were excluded from the peace table, and the peace process was incredibly flawed. It’s the assumption that Taliban had changed – were delusion,” said Ghani. “The process violates everything that – from Acheson and Marshall to Kissinger and Baker, regarding preparation, regarding organization, we never got to discussions. It was all foreplay.”

Ghani also shared that the former president initially said his strategy regarding Afghanistan and South Asia was a condition-based agreement. Ghani cited the administration’s release of 5,000 Taliban members who were already imprisoned, and the threats to cut off humanitarian aid.

Ghani, who fled the country in the midst of the chaotic evacuations, also said he hopes to return to Afghanistan in the near future. Ghani explained that he wants to help his country “heal” as a reason why he hopes to return.

In an interview with Al Jazeera, Taliban leader Anas Haqqani spoke about what the insurgent group has achieved and has failed a year since taking over Afghanistan. Haqqani said that in a span of a year, the country under their regime has succeeded in restoring independence and freedom from foreign occupation

Haqqani touted the security under the insurgent group’s leadership, explaining that no militant groups are operating on Afghan soil anymore and that the government has now become more centralized and capable of paying all government employees, among others, without the need for foreign aid.