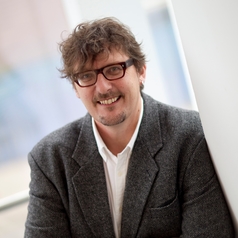 Despite a catastrophic financial crisis and sufficient evidence of the harm caused by Wall Street’s obsession with short-term financial targets, America’s mantras of competition, self-interest, efficiency and profit continue to reign supreme.

Nowhere is this worship of business more visible than in the carnival hyperbole of the 2016 US election. The latest instalment has seen Donald Trump trying to prop up his ailing campaign by pointing to the success of the newly completed Trump International Hotel, just down the road from the White House.

Trump, with braggadocio, likened his building project to the way he would run the government:

“Under budget and ahead of schedule. So important. We don’t hear those words too often in government, but you will.”

“This is what I want to do for our country. And this is what we’re working so hard to do.”

Trump is bringing to its bitter and aggressive conclusion the idea that the corporation is the highest ideal for organising not just business activity, but also social and political relations.

Hillary Clinton quickly tried to undermine Trump’s boasting saying that “he relied on undocumented workers to make his project cheaper” and had “stiffed American workers”.

But Clinton wasn’t criticising the idea of business being a prototype for politics. She was just saying that Trump isn’t any good at it. Seemingly, she agrees with the idea that liberal democracies such as the United States should be governed as if they were corporations.

In her speech to Goldman Sachs, outed by Wikileaks, Clinton reportedly said “I would like to see more successful business people run for office”. Why so? Not just that they can be “rented but never bought”, but also that “many of you in this room are on the cutting edge of technology or health care or some other segment of the economy”.

The idea that the United States can be run by business people in the same way they would run a corporation is the new political status quo. Whoever wins on November 8, this is one thing that has been cemented in the 2016 campaign.

The corporatisation of democracy is enabled by a transformation, as political theorist Wendy Brown has explained, from thinking of citizens not as political subjects, but as economic ones. It is a shift that signals the undoing of the very meaning of democracy and citizenship.

This profound threat to democracy is exacerbated by a deep intellectual linking of governance to market paradigms and values. Public management now emphasises effectiveness and efficiency over democracy and deliberation. With these changes, the notion of good governance has come to mean government that is not only pro-business but actually resembles a business in both its values and practices.

This new ideal of the state is one that stresses competitiveness, productivity and growth at all costs. It desires its public services to be streamlined and cut back to the bare minimum in order to enhance the financial bottom line. Not surprisingly, akin to a corporation, this type of governance lends itself both formally and informally to political cultures of authoritarianism.

Philosopher Jacques Rancière pulls no punches when he argues that this turn to authoritarian politics is tantamount to a “hatred of democracy”. Corporations are not democratic institutions. They are controlled and managed unilaterally for the express purposes of their owners. To run government this way eschews the core democratic ideals of equality, participation and community.

Managing government like a corporation is not just a benign matter of “getting things done”. It reflects the spread of an ideology that believes political control should be with a powerful elite such that both business methods and business objectives drive politics. That democracy means, quite literally, the rule of the people, seems long forgotten.

Tellingly, President Obama recently challenged the contemporary trend towards the convergence of political and economic governance. Speaking to a group of silicon valley tech entrepreneurs he stated

“Government will never run the way Silicon Valley runs because, by definition, democracy is messy. This is a big, diverse country with a lot of interests and a lot of disparate points of view. And part of government’s job, by the way, is dealing with problems that nobody else wants to deal with.”

There is little evidence that his view is shared by the current candidates. Between Trump’s self-proclaimed business acumen, and Clinton’s Wall Street funded campaign, what we have is new escalation of corporate power in politics. It is not enough for corporations to pull the strings of government behind the scenes. They also want to fundamentally transform democracy and its leaders into their own self-obsessed image.

It must not be forgotten that the economic model on which corporate style politics is based has utterly failed. Its demand for short term profits has been pursued at the expense of long term viability and economic equality.

If in the 1990s Bill Clinton could say “the era of big government is over” then, in the 21st century, a new president can boldly claim “The era of big business has come of age”. Can this be expected to be good? Yes, it will be good for business.