Can China win back global opinion before the Winter Olympics? Does it even want to? 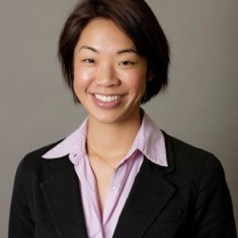 The Beijing Winter Olympics are only weeks away and China has been forced on the defensive by a diplomatic boycott called by the US, UK, Australia and other western countries.

There had been pressure for Western governments to announce a boycott for months over the Chinese party-state’s treatment of the Uyghurs and other ethnic minorities in Xinjiang, as well as human rights lawyers and individuals who dare to speak out against the government.

The push gained new momentum after the disappearance of Chinese tennis star Peng Shuai following her allegations of sexual assault against a former top Politburo official. The Women’s Tennis Association suspended all of its tournaments in China – the strongest stance yet against China by a sporting organisation that relies heavily on the Chinese market.

got to say that the WTA has shown a level of courage and commitment to its players here that's been quite rare from sports bodies dealing with China. good for them. https://t.co/BRpPnlVj2z

China’s international image was already at its lowest level in years in many western countries following the outbreak of the COVID pandemic and Beijing’s initial handling of the crisis.

So, given the increasingly negative views of the country in the west, how will Beijing respond with the Olympics only weeks away? Will it adopt a charm offensive? Or will it retaliate because it feels it has been treated unfairly?

Recent strategies adopted by the government suggest there are other avenues for Beijing to counter critics of its policies. Take economic pressure, for one.

In a virtual meeting between China’s vice foreign minister, Xie Feng, and US business lobby groups at the end of November, Xie asked US businesses to “speak up and speak out” for China with the US government.

The message was clear – Beijing expects the business community to lobby on its behalf to continue to have access to China’s lucrative market. As Xie said,

If the relations between the two countries deteriorate, the business community cannot ‘make a fortune in silence’.

This has long been the price the business community has been forced to pay to have a foothold in China – compliance with the demands of the party-state.

Remember back in 2019, when former Houston Rockets General Manager Daryl Morey tweeted in support of pro-democracy protesters in Hong Kong? The NBA initially issued a statement that was criticised by US politicians on both sides of the aisle for prioritising financial interests over human rights. (The league later clarified it stood for “freedom of expression”.)

NBA statement on Daryl Morey tries to navigate two minefields: “Regrettable” that he “deeply offended many of our friends and fans in China,” but the league‘s values “support individuals’ educating themselves and sharing their views on matters important to them.” pic.twitter.com/8m3lZcNBoY

The NBA still lost hundreds of millions of dollars over the fallout. NBA games haven’t been on Chinese state television since the episode.

Access to the lucrative Chinese market still matters hugely – this is leverage the Chinese government can still use against foreign interests. It says a lot that major Olympic sponsors have remained quiet over China’s human rights situation, while governments have announced diplomatic boycotts.

Then there is the question of whether China still needs the west or cares what the west thinks of it.

China has framed the diplomatic boycott as “a blatant political provocation and a serious affront to the 1.4 billion Chinese people”. But it has also pointed to the 173 UN member nations that signed the UN Olympic truce to ensure conflicts do not disrupt the games.

NBA statement on Daryl Morey tries to navigate two minefields: “Regrettable” that he “deeply offended many of our friends and fans in China,” but the league‘s values “support individuals’ educating themselves and sharing their views on matters important to them.” pic.twitter.com/8m3lZcNBoY

Yes, Beijing is angry about the snub from Washington and others, but it is emphasising it still has broad international support for the Winter Olympics. Russian President Vladimir Putin has accepted the invitation to attend the opening ceremonies “with joy”. UN Secretary-General Antonio Guterres will also attend, and others will surely follow.

By awarding China the games, the IOC is also showing the world it is unfazed by its close proximity to authoritarian regimes, further legitimising them.

The European Union’s dithering over its response to the boycott has also strengthened Beijing’s position and allowed it to exploit the west’s inconsistent stance on the matter.

Why the European Union ???????? is unable to become a global actor, Exhibit 8265. #NoRightsNoGames https://t.co/IumPEvmBoM

There was great hope the 2008 Beijing summer Olympics would change China for the better – the government would become more accountable and have greater respect for human rights.

However, violent protests broke out in Tibet against the party-state’s repressive policies and then spread around the world in the run-up to the games. About 30 Tibetans were jailed, some for life.

The 2008 Olympics revealed the naivete of the international community: believing that sport can bring political change.

In fact, China stage-managed those games so well, it was deemed a soft power victory, announcing China as a superpower on the global stage. Historian Zheng Wang called the games “a symbol of China’s rejuvenation”.

Through the extravagant opening ceremony, the Chinese government showcased China’s historical glory and new achievements […] unassailable evidence that China had finally ‘made it’.

It would be mistake to think the current diplomatic boycott will lead to any substantial change in China’s domestic situation. Instead, the diplomatic boycott is a strategy of compromise – athletes are still able to compete, but western governments can be seen as taking a stand.

However, the silence of major sponsors shows there is no unified voice when it comes to the China’s human rights situation. This gap between the west’s political and commercial response plays to China’s advantage. It’s yet another way for China to demonstrate the weakness of the west – that professed democratic values and respect for human rights can be compromised when profits are at stake.

As such, China is unlikely to capitulate and make dramatic overtures to repair its international image. It’s more likely to go on the offensive.

The Beijing Winter Olympic Games is a party "by invitation only". Some US politicians need not flatter themselves by "weaponizing" their attendance. One can't decline an invitation without first receiving one.@WhiteHouse @StateDept

Nonetheless, this should be a moment when sports fans, athletes, sponsors, and the broader international civil society question sporting bodies like the IOC in awarding sporting events to authoritarian governments.

The IOC didn’t learn its lesson in 2008. If it wants to be seen as upholding human rights, this starts with how it awards its biggest prizes – the right to play host to the rest of the world.