Can a polite sign lead to political change? What kinds of protest work? 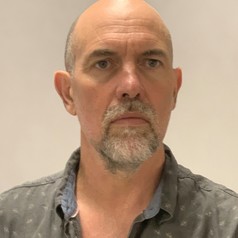 Prime Minister Scott Morrison recently gave reporters in Canberra a “lesson” in what kinds of protest he thinks work best.

Last week, he condemned Extinction Rebellion protesters who sprayed graffiti on Parliament House and the Lodge, set fire to a pram and superglued themselves to the ground, demanding more action on climate change. Morrison described this as “foolishness” and not the “Australian way”.

That is not the way we go forward.

In the same breath, he praised the efforts of a woman — Frances — who holds a “strong climate target = strong economy” placard outside parliament (incidentally, she is also an Extinction Rebellion member).

Without diminishing Frances’ efforts, evidence around what form of protest is most effective in promoting social and political change suggests disruptive protests tend to be the game changers once avenues for polite protest prove ineffective.

Disruptive protests are broadly defined as actions aimed at stopping or delaying a controversial activity. Violent protest is rare in Australia, especially in relation to environmental protests, so here we are really talking about non-violent disruptive protest, often called “non-violent direct action”.

If we think back on the big successful social movement campaigns — the suffragettes, civil rights movement in the United States, 1966 Wave Hill station walk off led by Vincent Lingiari and Freedom riders in Australia, Vietnam war opposition, Franklin River protests and the Bentley blockade that stopped fracking in the Northern Rivers of NSW in 2014 — they all involved disruptive protests.

The power of disruption

Social movements aim to alert, educate and inspire the population while putting pressure on power-holders to give in to their demands for change. Disruptive protests can be the spark that gains attention, stops destructive work and ignites political pressure.

In the first instance, disruptive campaigns are designed so that the action has an impact in its own right. For example, a blockade might stop environmental destruction.

The process of disruption then becomes newsworthy and stimulates further debate and political pressure. In the case of corporate targets, disruptive protest may focus unwanted attention on the company’s practices. In the case of a government target, it will focus attention on policies or behaviours that protestors believe need to change.

More passive forms of protest (writing letters, signing petitions, talking to politicians, building community support) can work with or without disruptive tactics. But they often require many years of campaigning to produce the groundswell necessary to achieve change. Australia’s marriage equality campaign is a good example of a successful long campaign of this kind.

Why you need more than graffiti

It would be a mistake, however, to think disruptive protests by themselves bring about social change — the process is more complex than that.

Non-violent direct action is most powerful when it is integrated within an intelligent social movement campaign that is reaching out to the public with accurate information, coherent framing of the issue and ready to apply political pressure when the opportunity arises.

The rolling protests as part of the campaign against the Adani mine are a good example of direct action.

The hazards of being too disruptive

Politicians don’t like to admit that disruptive protest can lead to political change. Our leaders obviously have an interest in maintaining their authority, and not giving the impression that protesters have power and influence.

For example, in Australia, blocking roads and intersections by some environmental or animal rights groups has not resulted in winning hearts and minds.

It’s also worth noting that anti-lockdown protests during COVID are not gaining widespread support. This is because they are about hyper-individualist demands, rather than society-wide needs.

We can also find out what works by looking at the “scream test” — or how much governments and corporations react to protesters. In recent years, those screams have manifested as a slew of anti-protest laws. This follows sustained activism against the mining industry in particular.

While Morrison may laud protesters that he can wave to from the safety of his Comcar window, his government has been very active in opposing effective forms of protest.

In recent years, federal legislation has restricted non-government organisations that rely on tax deductible donations from engaging in political advocacy. These are pointedly intended to restrict anti-mining groups like Lock the Gate, but also inhibit the advocacy work of charities such as St Vincent de Paul. In 2019, a new law was introduced, preventing protesters from using social media to organise gatherings that disrupt certain kinds of businesses.

At the state level, following the Bentley blockade, the NSW government introduced legislation to increase fines for protests that disrupt business and the possibility of jail terms for mining and fracking protests.

Lock-on devices have also been a target of anti-protest laws, with specific legislation introduced in Queensland and NSW. Tasmania introduced some of the most severe anti-protest laws in 2014. These were struck down by the High Court in 2017, because it found) they breached the constitutionally implied freedom of political communication.