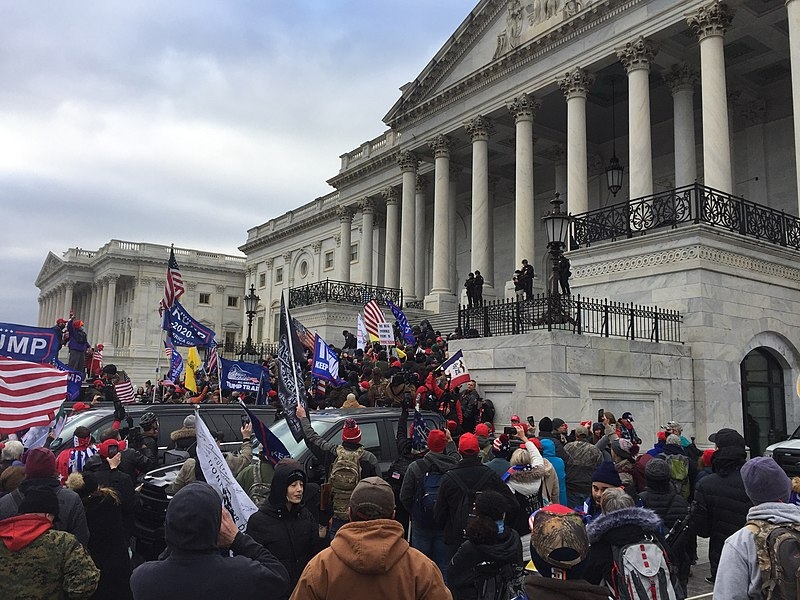 Hundreds of the members of the pro-Trump mob that stormed the Capitol were arrested and charged by the feds since the insurrection. One insurrectionist recently made a bizarre request to the courts, asking for permission to attend a wedding out of the country ahead of his sentencing.

NBC4 Washington reporter Scott MacFarlane, who monitors the cases against the insurrectionist, reports that one rioter, Jacob Lewis, who is charged for his participation in the riots, is asking the court for permission to attend a wedding ahead of his sentencing.

“His current conditions for pre-trial release do not allow him to travel outside the United States,” wrote Lewis’ attorney in a filing. “Mr. Lewis would travel from December 19th through December 22nd and would provide his Probation Officer with details regarding his flights and lodging in Mexico.”

Lewis is not the only insurrectionist who has made such a request. Several rioters have requested permission to attend family gatherings and events around the country, an antique car show in Arkansas, a beach vacation in Alabama, and several trips to Mexico.

Meanwhile, the former president’s chief of staff, Mark Meadows, has agreed to comply with the House Committee’s subpoena under threat of being charged with criminal contempt. With the recent announcement of Meadows’ book and its upcoming launch, members of the bipartisan panel believe that it dismantles Meadows’ claims of being protected by executive privilege.

According to Politico, members of the House committee believe that Meadows’ book will make it hard for the former chief of staff to withhold information under the claim of executive privilege.

“It’s...very possible that by discussing the events of Jan. 6 in his book, if he does that, he’s waiving any claim of privilege,” said Rep. Adam Schiff, who serves on the committee. “So it’d be very difficult for him to maintain ‘I can’t speak about the events to you, but I can speak about them in my book’”