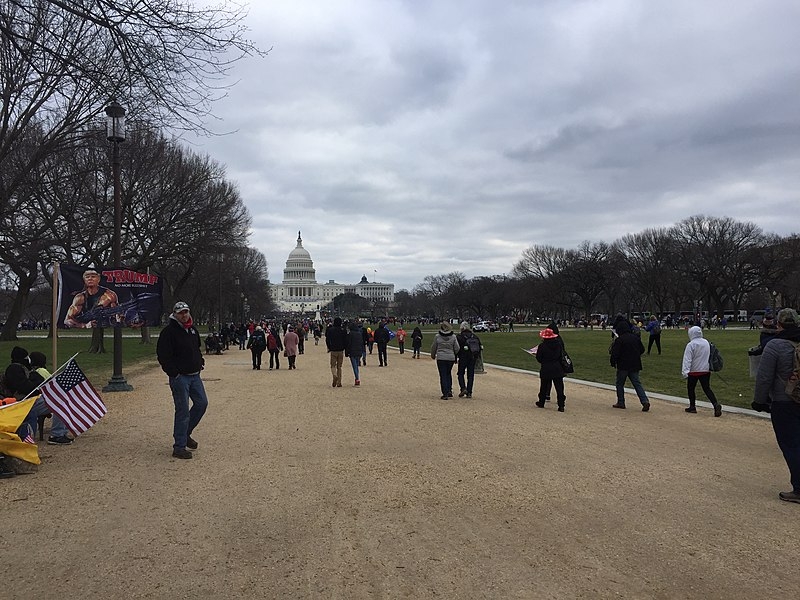 Former President Donald Trump was impeached for the second time, becoming the first US president to get impeached more than once, for inciting the insurrection last January 6 at the Capitol. Two more insurrectionists cited the disgraced former president’s words as a reason for their participation in the riots.

The DOJ announced that it has arrested two more insurrectionists, Pennsylvania residents Marshall Neefe and Charles Bradford Smith Monday. Law and Crime report that according to court records, both Neefe and Smith interpreted one of Trump’s posts on Twitter dated December 18 to “Be there, be wild!” as a call to take violent action.

“The call to action was put out to be in DC on January 6th from the Don himself,” Smith allegedly told Neefe back on December 22.

“Trump is literally calling people to DC in a show of force,” Smith also said to another Facebook user on December 31.

Neefe sent a photo of a wooden club he made to Smith. “Now introducing the Commie Knocker,” said Neefe, and added that he was “getting prepped for the 6th lol.”

“While on the grounds, Neefe carried a wooden club and participated in hoisting and pushing a large metal sign frame into a defensive line of Metropolitan Police Department (MPD) officers attempting to prevent the crowd from further advancing on the west front plaza of the Capitol,” the Justice Department said in a release regarding the latest arrests. Neefe now faces 10 charges that include seven felonies. Smith faces seven charges including four felonies.

Meanwhile, the Capitol Police and other law enforcement officials involved are now preparing to secure the Capitol ahead of an upcoming rally organized by a former Trump campaign operative on Saturday, September 18. The upcoming rally was in support of the insurrectionists, called “Justice for J6,” as they paint them as “political prisoners.” There have been fears that right-wing militia groups the Proud Boys and the Oath Keepers will also be in attendance at the rally.

The Capitol Police announced Wednesday that they are coordinating with the Defense Department to have National Guard troops available in case another insurrection may occur.