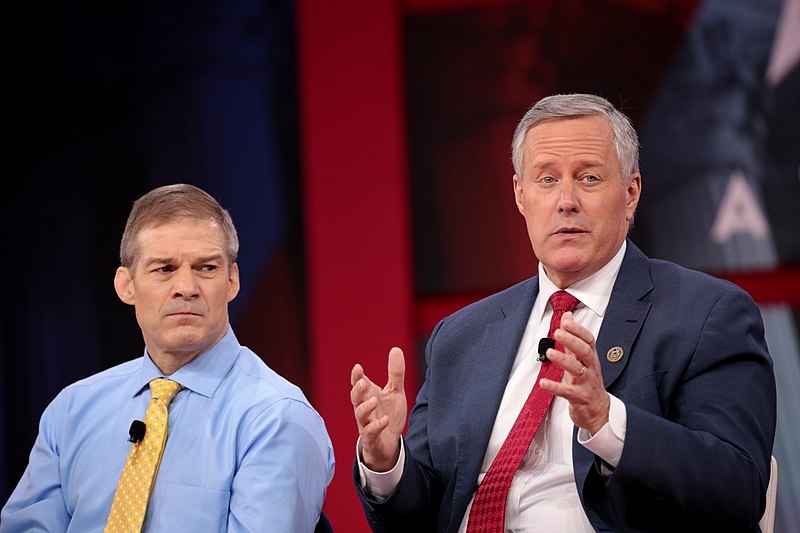 The January 6 committee investigating the Capitol insurrection is now looking to obtain records of several individuals that are suspected to possibly have more knowledge of the events. Among those several individuals includes former President Donald Trump’s last chief of staff Mark Meadows.

Meadows stayed as Trump’s chief of staff in his final weeks in office, including through the January 6 riots. Meadows was also present at the rally the twice-impeached former president held hours before the insurrection happened. As the riots occurred, Meadows reportedly went back to the White House with Trump and spoke with vice president Mike Pence’s chief of staff Mark Short, and then-Pentagon chief Christopher Miller’s chief of staff Kash Patel.

This would make Meadows a prime witness to the investigators. While a spokesperson for the committee did not comment on the reports, committee chair Bennie Thompson previously told the outlet that any conversations with the then-president at the time of the insurrection would be placed under investigation by the committee.

Alongside Meadows, House Minority Leader Kevin McCarthy and Republican Rep. Jim Jordan are known to have reached out to Trump as the siege occurred.

The Capitol insurrection targeted top Democrats in Congress as well as vice president Mike Pence, whom Trump attacked for refusing to object to the electoral votes in favor of Joe Biden. Pence has broken his silence on the insurrection, denouncing the riots and their purpose. However, Pence was recently caught on video praising a reporter who posed as an insurrectionist.

Journalist Lauren Windsor spoke with Pence in Nebraska over the weekend where she posed as an insurrectionist. Windsor asked Pence why he did not stop the election from being stolen, which Pence replied that Congress only has the authority to count the electoral votes. When Windsor asked Pence if he believes that the election was stolen, Pence replied that there were a lot of irregularities that were being fixed at a state level.

Pence ended the interview by telling Windsor, “I love your heart.”