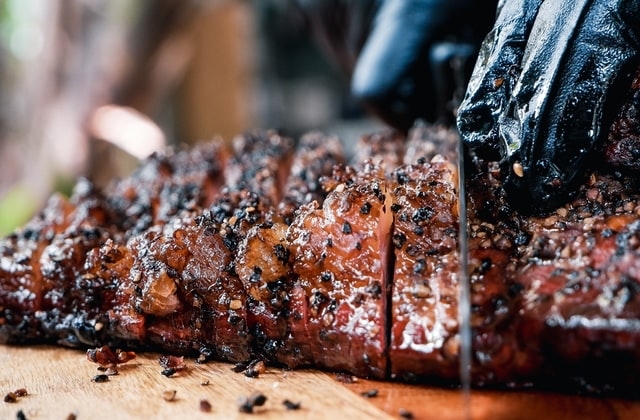 Chipotle is said to be removing one of its popular menu items from its store outlets soon. It was reported that its smoked brisket would be disappearing earlier as planned and it is for an unlikely reason.

According to CNN Business, Chipotle's smoked brisket has always been intended to be a limited-time offering in its restaurants and they are on the menu for some period. However, the item has become so popular that the company decided to take them out earlier than originally planned.

Chipotle reportedly shared during its earnings call late last week that it will be ending its smoked brisket promotions next month. Initially, the menu should be in the restaurants for a full quarter as this is the usual time frame for most of the Mexican Grill chain's limited-time menu. But this time, for the smoked brisket, the period was cut short.

The restaurant's chief executive officer, Brian Niccol, said they are happy with the strong sales for the smoked brisket and it surely helped boost the company's third-quarter sales, but its popularity created a high demand so they think it is time to pull it out from the menu and just offer it again later.

"We're really happy with it," the CEO said during the financial call. "Chipotle will probably do brisket again at some point in the future."

Niccol said that more exciting menu items are being tested and will surely make their way to the restaurants. The smoked brisket was also tested in November 2020 of last year and was apparently released successfully.

Meanwhile, Fox Business reported that Chipotle may be increasing its prices to be able to fight inflation. The company has already implemented price hikes since August 2020 and if it will raise its prices again, it will be the fourth in almost 15 months.

Based on the report, Chipotle may have no choice because price increase is the only way it can deal with any inflationary pressures that would squeeze margins. In fact, the company struggled with higher food ingredients, labor, and delivery costs in the past year and these issues have remained up to now.

"We traditionally always look at how we want to approach pricing for the next year in the fourth quarter," CEO Brian Niccol said. "One of the things we're obviously evaluating is where labor is going to land, not just in our restaurants, but across a lot of our suppliers."