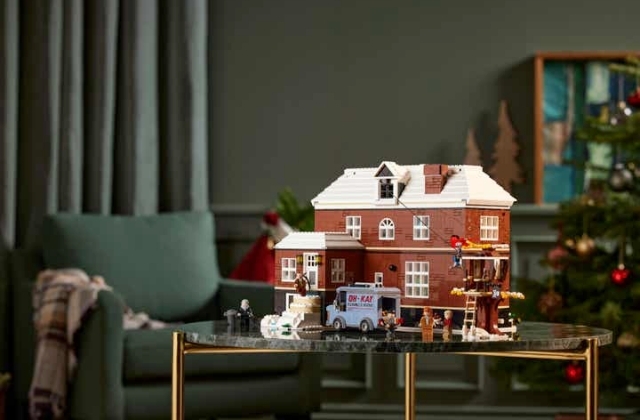 Lego is releasing a new toy set that everyone will instantly recognize right away. The Danish toymaker just announced it would be selling its newest creation - the “Home Alone” Lego set.

Most people around the world are familiar with this famous Christmas-time movie that was first released in 1990 and had been a blockbuster hit not just in the United States, but anywhere else it premiered. Everyone remembers Kevin, the smart boy in the film that was accidentally left all alone in their house as his family travels for the holidays.

Now the iconic holiday movie is set to be featured in Lego for its latest “Home Alone” toy set that is said to consist of 3,955 pieces of interlocking blocks. This new release is said to be from Lego Ideas, and it will be coming to the stores on Nov. 1

As per Fox Business, the “Home Alone” set is very detailed, and Lego perfectly recreated the McAllister family’s home. The design was based on the image that was forwarded to Lego Ideas by the 28-year-old Ukrainian Lego enthusiast, Alex Storozhuk.

The toy set is currently the largest to ever be created from a Lego Ideas concept. Buyers and collectors will get more from the purchase as it is full of recognizable details from the “Home Alone” movie.

It was described as packed with details showing Kevin McAllister’s holiday adventure in and outside of their home. The house is complete with the basement, ground floor, first floor, attic, and kitchen, where memorable scenes in the original movie were recreated.

Anitca Bracanov, a Lego designer, said that she actually had fun putting together and bringing to life Storozhuk’s idea for the “Home Alone” set. She added that they created the toy set based on Alex’s original design idea, and along with their efforts and some additional details, they were able to make an awesome finished product.

“Bringing Alex’s Home Alone house to life has been brilliant fun. He’d thought about every aspect, from the layout of the rooms to the use of color and of course the details from the movie to make it instantly recognizable,” Bracanov said in a press release. “Following the themes of the film, we wanted to make the experience as immersive as possible for fans of LEGO building and the movie.”

Meanwhile, the “Home Alone” Lego set is arriving early next month, and it will be sold for $249.99. This set comes just a few weeks after the toy company released its 9,090-piece Titanic Lego set, which is a replica of the RMS Titanic that sunk in the North Atlantic Ocean in 1912.