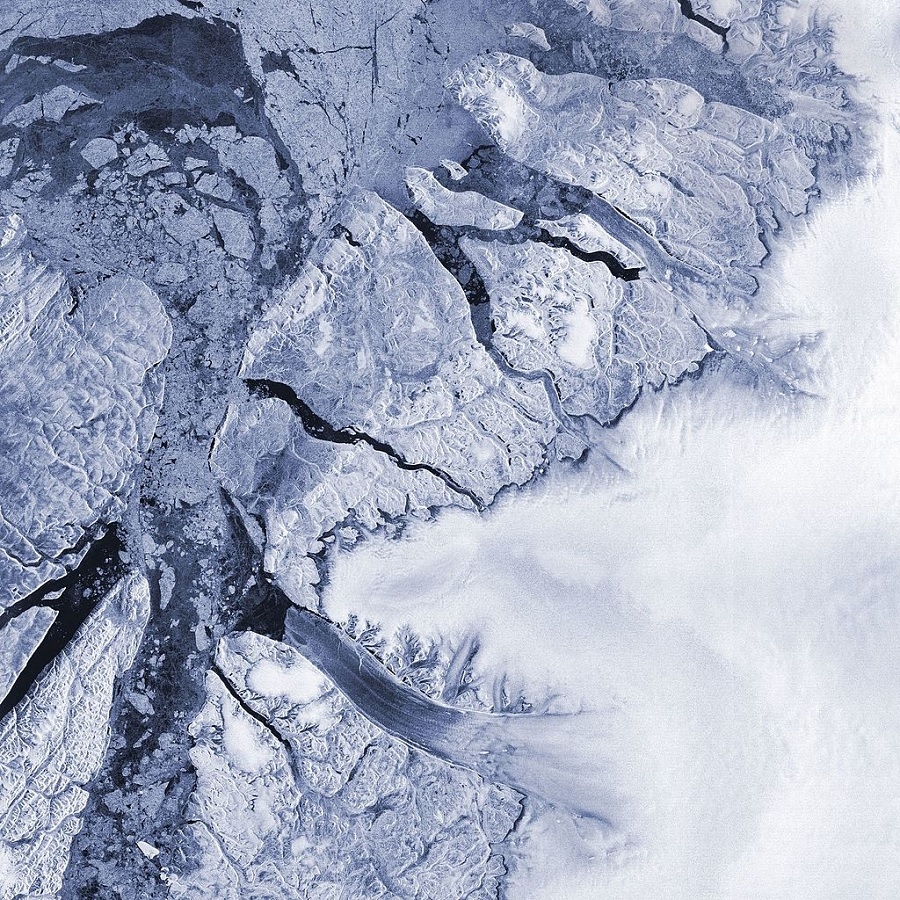 The world recently suffered another blow in the hopes of averting the effects of climate change. Canada’s last fully intact ice shelf has lost around 43% of its area in less than a week, researchers find.

Milne Ice Shelf, located at the northwest coast of Ellesmere Island in Nunavut lost around 43% of its total area producing an island of ice drifting into the Arctic Ocean. The collapse was observed by the Canadian Ice Service between July 30 to Aug. 4 with an animation that can be watched below.

Satellite animation, from July 30 to August 4, shows the collapse of the last fully intact #iceshelf in #Canada. The Milne Ice Shelf, located on #EllesmereIsland in #Nunavut, has now reduced in area by ~43%. #MilneIceIsland #seaice #Arctic #earthrightnow #glacier pic.twitter.com/jjs1gawoxA

Researchers found the Milne Ice Shelf collapsing on Aug. 2 producing an ice island of around about 79 km2 (around 30.5 mi2). To have an idea of how big that was, note that Manhattan’s land area is only 59.1 km2 (22.82 mi2). The scientist explained that the massive collapse happened after they observed above normal air temperatures leading to the breaking of the ice shelf along with offshore winds and the water in front of the ice shelf.

Before anyone dismisses the phenomenon as just an effect of the summer season, Luke Copland, University Research Chair in Glaciology of University of Ottawa’s Department of Geography, pointed out that the Milne Ice Shelf collapse is “clearly” connected to climate change.

Copland further explained that this year’s summer has been hotter by 5°C compared to the recorded average temperature from 1981 to 2010. “The region has been warming at two to three times the global rate,” Copland added.

Due to the size of the collapse, the researchers’ camp area and equipment were reportedly damaged. Luckily, the scientists were remotely observing the ice shelf through satellite images when it took place.

If the status of climate change would not change soon, experts believe that the Canadian ice shelves “will disappear” in just decades. It is worth noting that Milne was the second largest section of the original Ellesmere Ice Shelf. The latter was once known as the largest in all of Arctic with the earliest documentation dating back to 1875.