Coronavirus in India and Brazil: new forecasts for when economic giants will hit peak 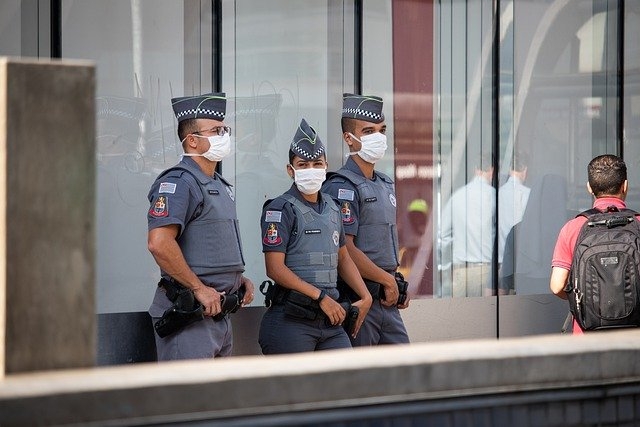 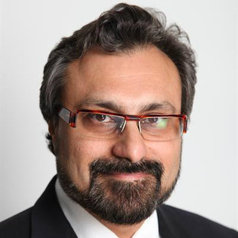 While many of the world’s top ten economies appear to be past the peak of the coronavirus pandemic, India and Brazil are still on the way up. This is a tragedy unfolding for both countries. It is also bad news for the world economy, and may not have been fully factored in by leading companies with global supply chains.

International businesses trying to emerge from the pandemic need forecasts about what will happen to infections and deaths in different countries. They also need a sense of the inflection point, which is when these rates start to fall. Such forecasts can give them a better idea of how they will trade in those markets in the coming months, enabling them make decisions on everything from purchasing to work schedules to sales promotions to travel requirements.

My sense from talking to industry is that they currently don’t have such forecasts. Major businesses tell me they are aiming to become more agile to meet whatever demand emerges, but they will need more than that. As Chinese and German companies are discovering, you can’t recover if your target countries are not importing because they are still in the early or middle stages of the pandemic. The pandemic thus puts livelihoods in jeopardy even in countries where the worst may have passed.

To illustrate such forecasting, I’ve developed a simple mathematical model to predict how the pandemic will affect Brazil and India, using the country-level data collected by the European Centre for Disease Prevention and Control.

Inevitably, governments under-report their infection numbers, depending on the extent to which they are testing. But this imperfect data is still useful: what is important is not the absolute numbers but the point at which the daily rate peaks. I’ve used the data reported by the countries up to June 16, and the same model could be applied to any country.

Brazil, India and the global economy

The systemic importance of both Brazil and India to the global economy can hardly be overstated. Brazil is the ninth-largest economy in the world and has a population of 210 million. According to the UK Department of Foreign Trade, 400 of the world’s 500 largest companies operate there.

Brazil’s largest trading partner is China, though it also trades heavily with the US and EU. UK companies that trade with the Latin American giant include Rolls-Royce, Shell, BP, JCB, Rexam and Experian. UK exports to Brazil include machinery, vehicles, pharmaceuticals, electrical appliances and fungicides.

India has a population of 1.4 billion and is the fifth-largest economy in the world. Again, the country is extremely important to the US, China and the EU for trade.

India is also the UK’s sixth-largest partner outside the EU, and a leading member of the Commonwealth. Many of the international students in UK universities are from India, and the countries have been among the top five investors in each other’s economies since 2010.

First, for comparison, let’s look at the UK. The model suggests the UK passed the peak of new cases in late April, around the same time the UK cabinet declared peak outbreak. 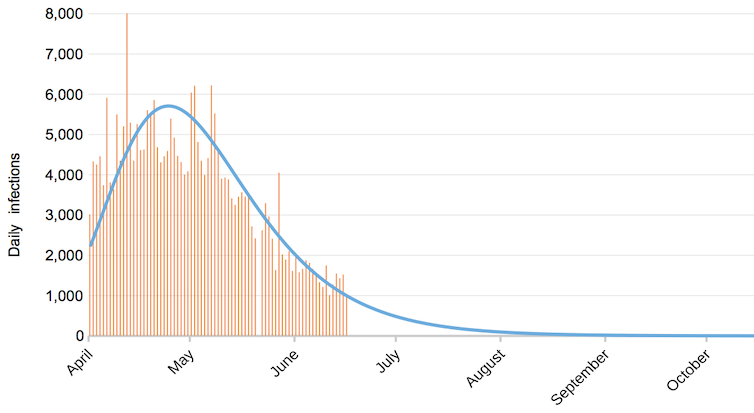 In Brazil, COVID-19 has only just taken off. It looks as if we can expect a peak in mid-July. To the extent we believe in the numbers per se, the daily new cases could peak at eight times those for the UK, even though the population is only just over three times larger. Based on this model, Brazil may still be recording more than 15,000 daily cases in October. 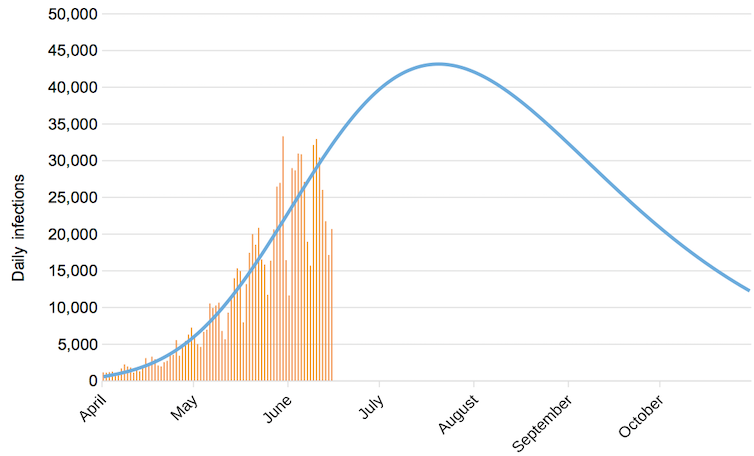 For India, the model suggests a peak in mid-August. This is due to the somewhat constrained spread of the virus thus far, under what was a severe lockdown for the entire country in March. It has since been somewhat eased but remains in marked containment zones in some cities.

Hospitals in New Delhi were already struggling to handle patients in early June. If I’m correct in predicting that new daily cases will be over three times higher at peak, the health authorities will need to come up with alternatives to hospital beds. They will also have to plan for PPE suits, N-95 masks, and mobile oxygen tanks to prepare for so many new patients.

With any forecasting model, there are caveats with using past data to make claims about the future. For instance, the Indian lockdown was arguably being lifted during June by state governments a little too hastily, so the peak may move closer if cases rise at an even faster rate than previously.

We also cannot project too far into the future because the virus is likely to mutate. In any case, a worldwide second wave is foreseeable, especially when the regular flu season also hits in autumn – although we still don’t know what a second wave might look like or even whether there will be one.

Still, my predictions hopefully shed light on when we can expect things to change in the near future and – more importantly – help businesses to focus on planning for the future rather than reacting to daily news. To be forewarned is to be forearmed – this is true for governments and people in different countries, and for international businesses as well.