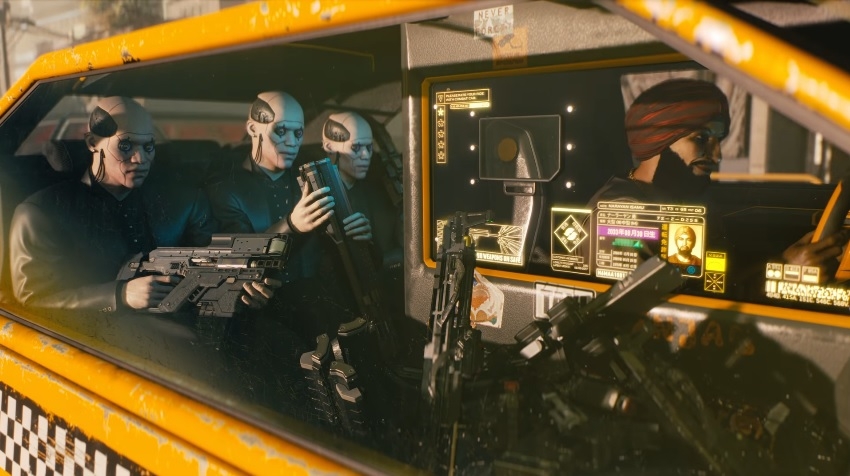 Most gangs in “Cyberpunk 2077,” unlike in the real world, are not just bound by territories. They are also formed based on special interests that might affect how V’s missions will unfold once the role-playing game is out in fall.

For the Cybertech fanatics

One the first “Cyberpunk 2077” gangs announced is the Maelstrom -- a name that means turmoil. But the purpose of the group seems much more nuanced than simply causing troubles in the streets.

In a brief description provided by developers, Maelstrom has factories located in the Watson are of Night City. Having factories is on-brand for the gang considering their main interest is to improve the human flesh with cybertechnology.

“Cyberpunk 2077” fans may recall developers previously saying that V’s abilities can be enhanced depending on the cybernetic enhancements the gamers would get for the character. It is not going to be surprising if V would run into the Maelstrom factories every once in a while.

Quite the opposite of the Maelstrom is the Animals gang in “Cyberpunk 2077.” Their members have been described as aggressive and are fond of street fights, but they deliberately avoid cyberware. However, that does not mean they are not getting some artificial help to boost their physical capabilities.

Animals – an aggressive street-fighting gang from west Pacifica that eschews the use of traditional cyberware. Instead, they use ultra testosterone and animal supplements (like growth hormones). They’re animalistic at heart, and dangerously proud of who they are. #Cyberpunk2077 pic.twitter.com/wNPtCRR3kF

CD Projekt Red revealed the Animals use “ultra testosterone and animal supplements.” Since this is “Cyberpunk 2077,” the effects of these substances are unlikely on the same level as the ones that people can find in the market right now. One can only imagine what these hormone enhancers can do to these Animals and how bad it would be for anyone on their bad side.

Protectors of the ‘working girls and guys’

The Mox is quite a unique gang because its main purpose is not to seek dominance, but rather to protect people working in a certain industry. It is also a fairly new gang in “Cyberpunk 2077” as it was established in 2076 following the death of strip club owner Elizabeth “Lizzie” Borden.

Its objectives are somewhat a tribute to Lizzie, who is described as a decent boss to her strip club workers and was not afraid of protecting them from violent clients. Whether the circumstances of her death would be somehow connected to V’s missions is something to find out in “Cyberpunk 2077.”

The game is set in 2077 where technological advancements have reached unimaginable heights, so it is only fitting for “Cyberpunk 2077” to feature a gang of computer experts called the Voodoo Boys. While their version of violence is not typical, they sure can cause serious damages and might even be targetting the largest megacorporations in the game. These Edgerunners are working on developing a computer virus destructive enough to take down neural networks.

Voodoo Boys, an enigmatic gang from Pacifica, aren’t just netrunners devoted to uncovering the secrets of the Old Net and behind the Blackwall. They're also edgerunners: breaking every rule there is to break, and programming viruses that can freeze neural networks. #Cyberpunk2077 pic.twitter.com/Q1ckqAf5we

Developers confirmed that V cannot join any gang, but he might be able to interact with its members. This gameplay decision makes sense considering that V is a mercenary by profession, which means he cannot be loyal to anyone other than the money he gets from his contracts. “Cyberpunk 2077” will be released on Sept. 17.