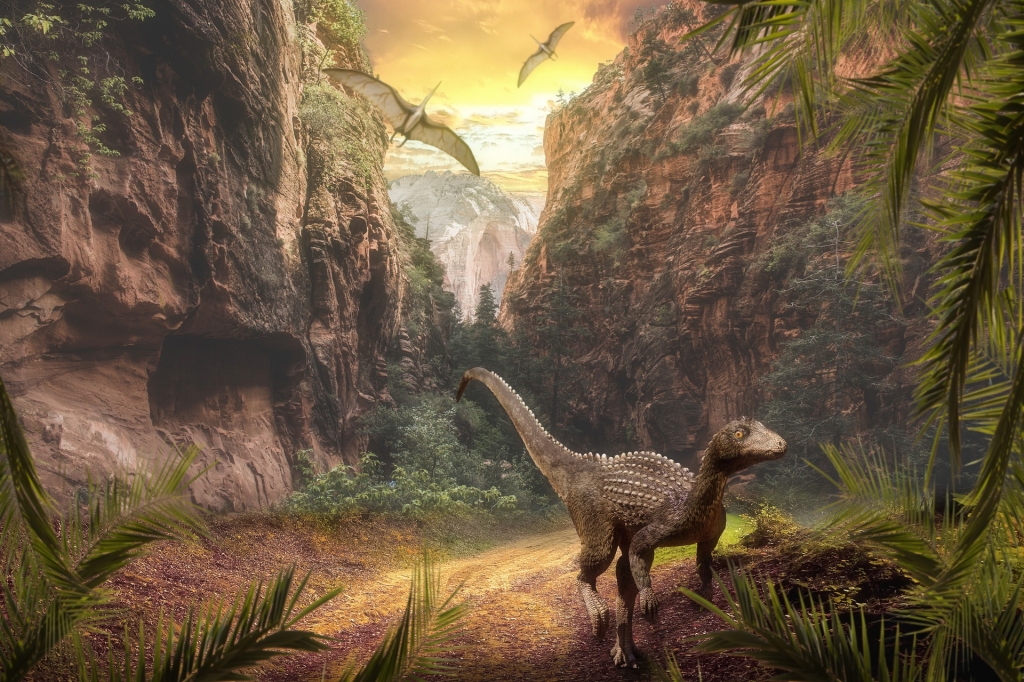 66 million years ago, a massive asteroid collided with Earth, resulting in the extinction of the dinosaurs along with a drastic change in the planet’s climate. A new study shows that volcanic activity may have played a part in warming up the planet again for life to thrive.

A study that was recently published in the journal Proceedings of the National Academy of Sciences recreated the climate of the time and after modifying certain factors of different apocalyptic scenarios. They found that the asteroid collision made Earth uninhabitable for nearly all the dinosaurs, leaving only birds and that contrary to the theory of the Deccan traps - the volcanic complex located in modern-day Southern India that may have added to the extinction of life - these traps may have actually proved beneficial for the planet, making it more inhabitable.

It should be noted that the Deccan Traps overlapped with the asteroid collision, also known as the Chicxclub impact - which is why many scientists lean towards this theory as the actual cause of the dinosaurs’ extinction. Following the collision, the Earth was met with dropping temperatures, darkness, wildfires, tsunamis, extreme heat especially in the impacted area, and eventual acid rain. Alfio Alessandro Chiarenza, a research associate of the University College London and leader of the study, likened the phenomenon to Dante’s Inferno.

Paleontologist Anjali Goswami of the Natural History Museum, London, who was not involved with the study, also weighed in on the findings. “This is, I would think, a nail in the coffin,” regarding the theory about the Deccan Traps.

Meanwhile, some newly discovered exoplanets may be a good place to look for alien life, according to a study. These exoplanets could be found just 11 light-years from Earth, and along with a possibly rocky terrain similar to Earth, may be orbiting the star Gliese 887.

According to Professor John Barnes of the Open University, what makes this discovery especially significant is that the host star is very bright, being the brightest red dwarf star where it is. Professor Barnes added that although there are exoplanets orbiting this star, not all are habitable, but one of its planets, referred to as GJ887c, is believed to have temperatures between 70-80 degrees Celsius.