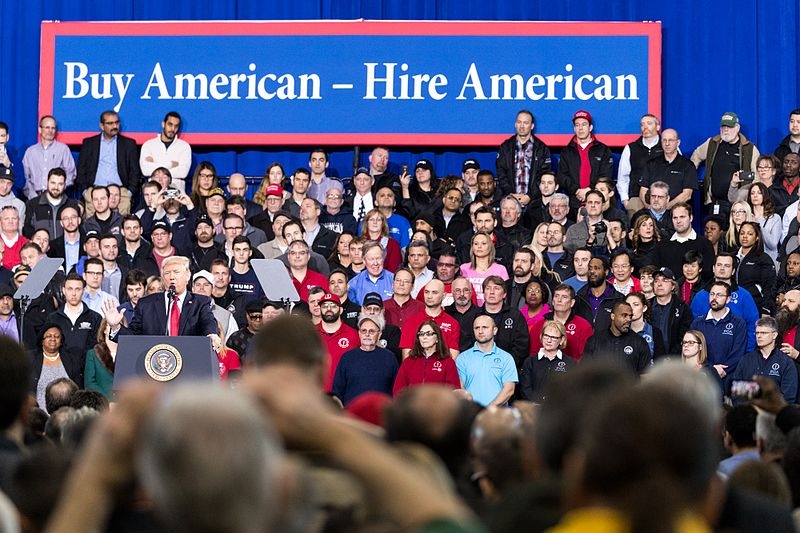 President Donald Trump is currently campaigning for reelection this November. Despite constantly denying that the 2016 election results were rigged, he appears to be prepared to make the same accusation come election day.

Recalling what occurred during Trump’s 2016 electoral campaign, Politicalflare reports that Trump declared that if he loses the election, it would be because the votes were rigged against him. Now, during his reelection campaign, Trump may be prepared to make the same statement again, and this time around, his campaign team is prepared to claim voter fraud on the registered voters in the country.

According to Trump campaign senior counsel Justin Clark back in November 2019 at the Republican National Lawyers Association, the GOP will be “playing offense a little bit” and added that “It’s going to be a much bigger program, a much more aggressive program, a much better-funded program,’ referring to the suppression tactics that the party may use during election season, calling it “The Program.”

Trump was acquitted for both articles of impeachment several weeks ago by the Senate during the impeachment trial. He was charged for abuse of power and obstruction of Congress, due to the Ukraine scandal that saw the White House withhold aid to the country unless they agreed to announce investigations into the Democratic candidates, specifically former vice president Joe Biden and his son Hunter Biden. Following his acquittal, he dismissed officials who testified against him during the House impeachment trials. Trump also took jabs at both House Speaker Nancy Pelosi and Republican Senator Mitt Romney - who was the only lawmaker of his party who voted to convict him - during the National Prayer Breakfast and during the campaign rallies.

Meanwhile, former National Security Adviser John Bolton broke his silence for the first time since his leaked manuscript by being the guest speaker at Duke University. Bolton hinted to the attendees of what to expect from his upcoming book titled The Room Where it Happened, to which, according to the leaked manuscript, shed light on the Ukraine scandal that triggered the impeachment process. When it came to asking about Trump, Bolton revealed that he could not say much due to his contract.

His book is still under review by the White House records management, checking for any possible classified information that may have been included in the book.