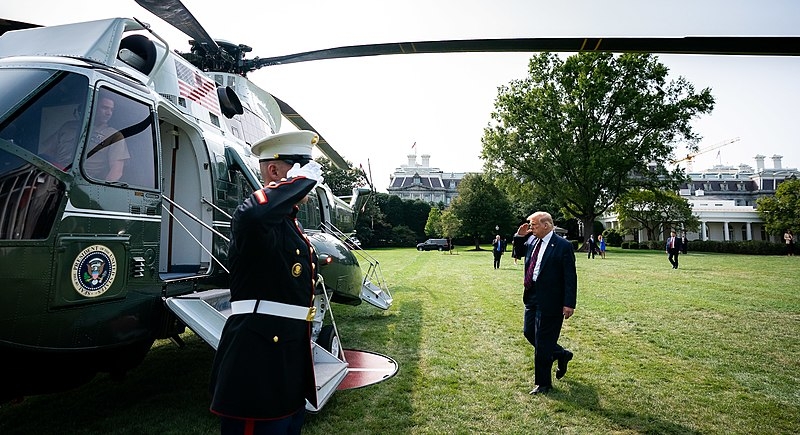 Recent revelations about Donald Trump and his administration came from journalist Bob Woodward’s book “Rage,” with recordings of interviews with Trump surfacing to the public. Trump recently claimed he read the entire book and said he found it to be boring.

The book, made up of interviews Woodward has done with the president, caused an uproar due to the revelation that Trump was aware of the severity of the COVID-19 pandemic yet chose to downplay the situation. Speaking to Fox & Friends on Tuesday, Trump claimed to have read the 392-page book excluding notes on sources, acknowledgments, and the index. Trump said that it was “lightweight reading” and that he did not understand the point of the book as he read it in one night.

Rage is Woodward’s second book about the Trump administration, following his first one, Fear, that was released in 2018. Trump and Woodward did not speak during the making of the first book, to which Trump said he regretted not doing. Trump then described the Watergate reporter as someone who writes bad books.

“He only writes bad books and I actually got to read it last night. I read it very quickly and it was very boring,” said Trump.

However, multiple reports have previously revealed that Trump does not read whether it would be books or briefing materials provided to him. The administration’s former economic adviser Gary Cohn is quoted in Michael Wolff’s book “Fire and Fury,” as saying that Trump would not read anything, from memos, policy papers, and briefings.

“It’s worse than you can imagine… Trump won’t read anything -- not one-page memos, not the brief policy papers, nothing,” said Cohn.

Meanwhile, a global survey reveals that Trump has become less trusted internationally compared to other world leaders, especially when it came to his handling of the COVID-19 pandemic. Favorability towards the US by the UK, Australia, France, Germany, Canada, and Japan has hit a record low in a span of 20 years. Respondents in the UK, Spain, France, and Germany gave him low ratings that could be compared to his predecessor George W. Bush and even more so during his immediate predecessor Barack Obama’s highs during his eight-year tenure.