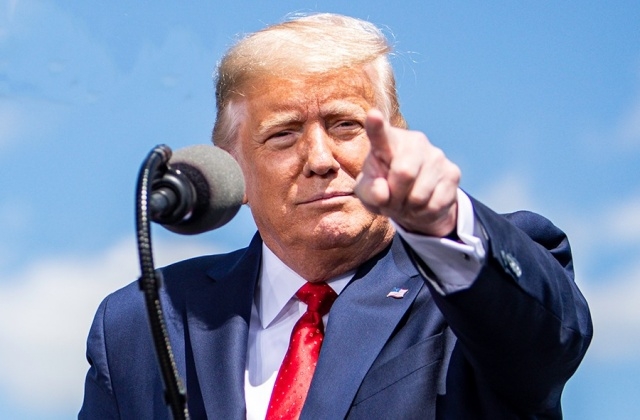 Donald Trump finally concedes and admits defeat but not fully because while he will allow the transition to Joe Biden’s administration to begin, he still insists that they will prevail. The announcement was made on Monday night, Nov. 23.

As announced, the transition will start once Michigan confirms Democrat's win there. While Donald Trump appears to give in he still claims that he can overrule the election results through a legal battle.

The announcement from the GSA

As per the Daily Mail, the news was relayed to Joe Biden through a letter sent by Emily Murchy, the General Services Administration chief. She told the president-elect that he can access the federal resources now so that the transition process could officially begin.

Murphy may have sent the letter to Biden however, a large part of her message was dedicated to defending herself and her reputation. She said that she was harassed and threatened. In any case, the letter from the GSA came as Murphy was likely pressured to approve the transition.

Prior to this, the House and Senate Democrats demanded the GSA chief to explain herself as to why she is delaying the transition process. Democrats of New York, Nita M. Lowey and Carolyn B. Maloney, sent her a letter on Nov. 19 and they are asking her to attend a public hearing to explain her continuous refusal to grant the Joe Biden and Kamala Harris’ transition team access to funding, information and other pertinent services.

“Your actions in blocking transition activities required under the law are having grave effects, including undermining the orderly transfer of power,” part of the letter reads.

They added that her moves are hindering “the incoming Administration’s ability to respond to the coronavirus pandemic, hampering its ability to address our nation’s dire economic crisis, and endangering our national security.”

In response to Murphy’s letter to Biden and Harris’ camp, Donald Trump praised the GSA head and defended her as well. In a tweet, the POTUS expressed his gratitude to Murphy for her loyalty to the country and stated that they will still continue to fight and believes they will prevail.

“I want to thank Emily Murphy at GSA for her steadfast dedication and loyalty to our Country,” Trump tweeted. “She has been harassed, threatened, and abused – and I do not want to see this happen to her, her family, or employees of GSA.”

Lastly, Donald Trump said that for the “best interest of our Country,” he is recommending that Murphy and her staff to do what they needed to do with regard to initial protocols. He added that he also told his own team to do the same.