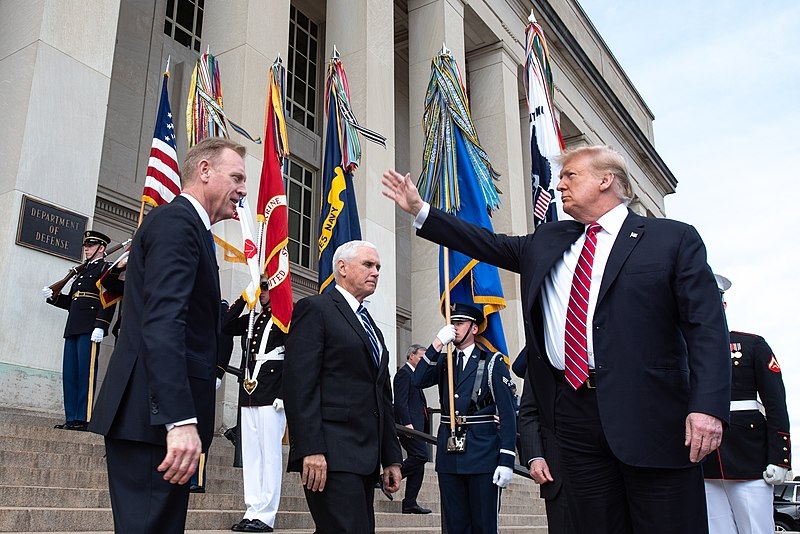 More revelations of what was taking place during Donald Trump’s presidency are coming to light due to former Defense Secretary Mark Esper’s memoir. In his book, Esper revealed that Trump once demanded to court-martial a retired Navy SEAL who criticized him.

In Esper’s book, “A Sacred Oath: Memoirs of a Secretary of Defense During Extraordinary Times,” Trump was furious with retired US Navy Admiral William McRaven for publicly criticizing him, according to a report by Business Insider.

Esper claimed that the now-former president demanded that McRaven be recalled back to active duty to be court-martialed.

McRaven is known for overseeing the raid on Osama bin Laden back in 2011 in Pakistan.

Esper wrote that he and General Mark Milley, the Chairman of the Joint Chiefs of Staff, have had to talk Trump out of demanding to recall McRaven and General Stanley A. McChrystal to be sent back to active duty to face a court-martial.

Esper told Trump, according to the report, that court-martialing McChrystal and McRaven would blow up in his face if he goes through with his demand.

The former president told Esper and Milley at the time that McChrystal and McRaven were “disloyal” because of what they did and their public criticism of him.

According to the now-former Pentagon chief, Trump was “spun up” by media reports that claimed McChrystal was advising Democrats on how to use artificial intelligence to track and counter supporters of the former president.

Trump ultimately stood down when Milley promised to personally call McChrystal and McRaven and “ask them to dial it back.”

South Carolina Senator Lindsey Graham’s private comments criticizing Trump after January 6 have surfaced in a new recording. Graham privately predicted that Trump would be defeated following the insurrection at the Capitol by a mob of his supporters.

According to New York Times reporter Jonathan Martin, speaking to CNN host Anderson Cooper, Graham’s comments at the time suggested a desire by the Republicans in Congress to move past the now-former president. Martin said that many longtime Republican lawmakers were ready to move forward without Trump at that time after the riots.

“A lot of people in the old guard thought that that would be the trigger,” said Martin, referring to Trump’s speech on January 6 at the rally that preceded the insurrection. “Finally it would be okay to walk away from Trump. The party would have had enough. It turns out that those leaders were wrong. They didn’t get their votes. They were not tired of Trump. They are still happily in his embrace.”