Donald Trump humiliation: Former adviser to Mike Pence says ex-POTUS only looks out for himself 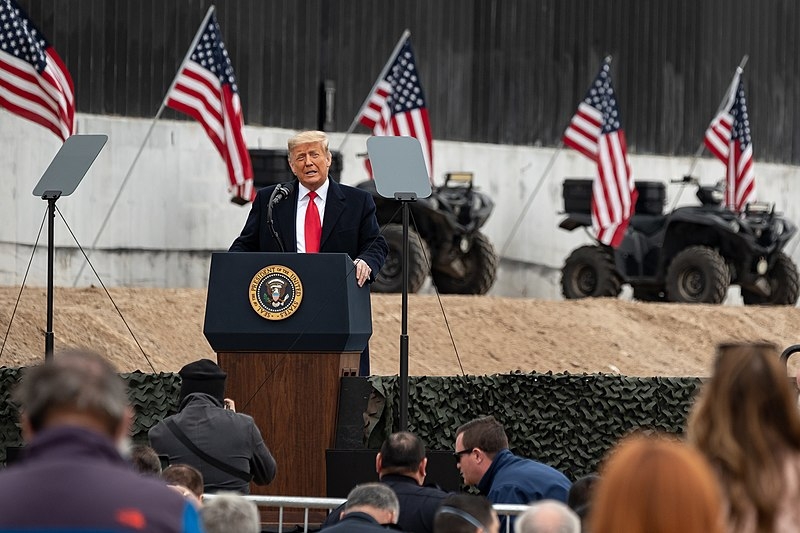 With Donald Trump no longer in the White House, speculations have risen what would then happen to the Republican party. However, a former adviser to now-former vice president Mike Pence has revealed that Trump may not really care about what happens to the GOP moving forward.

Speaking with MSNBC, Olivia Troye, who was a former Homeland Security aide to Pence, said that the now-former president is really only looking out for himself and his personal gain aside from his family. Troye noted the crusade that Trump went on claiming voter fraud following his election loss to Joe Biden, who was inaugurated a few weeks ago. Troye also expressed her surprise as many Republicans in Congress still pledge loyalty to Trump even after the Capitol riots for which he was impeached by the House seven days before leaving office. The former aide previously warned in December that Trump may encourage violence on January 6, when Congress formally counted electoral votes.

“This is why it’s so baffling to me to watch these Republicans pandering, fly down to Mar-a-Lago and be so loyal to Trump because he turns on you,” said Troye, citing House GOP leader Kevin McCarthy’s recent visit to the resort. “He’s not loyal back, look what he did to Mike Pence. It’s just fascinating to watch these Republicans and the Republican Party continue to clamor around him when he clearly doesn’t care about them,” added the former aide, noting that even the former vice president was threatened by the pro-Trump mob during the siege.

Despite the number of Republicans who still pledge loyalty to Trump, the House impeached the now-former president with a bipartisan vote. 10 Republican members of the House, including Liz Cheney and Adam Kinzinger, voted to impeach Trump. Recently, Kinzinger launched his own PAC called Country 1st and unveiled a six-minute video over the weekend. The PAC will challenge the direction of the Republican party, which the congressman says has now become a “Trump first” party.

The Capitol riots became the impetus of Kinzinger’s decision to break from the majority of his Republican colleagues, even calling them out for their unwillingness to hold Trump accountable for his incitement. “Let’s take a look at the past four years, how far we’ve come in a bad way,” said Kinzinger on “Meet the Press.” “How backward-looking we are, how much we peddle darkness and division. And that’s not the party I ever signed up for. And I think most Republicans didn’t sign up for that.”