‘Dr. Stone’ chapter 167 release date, spoilers, leaked scans: Xeno is captured by Senku’s associates, but is it a trap? 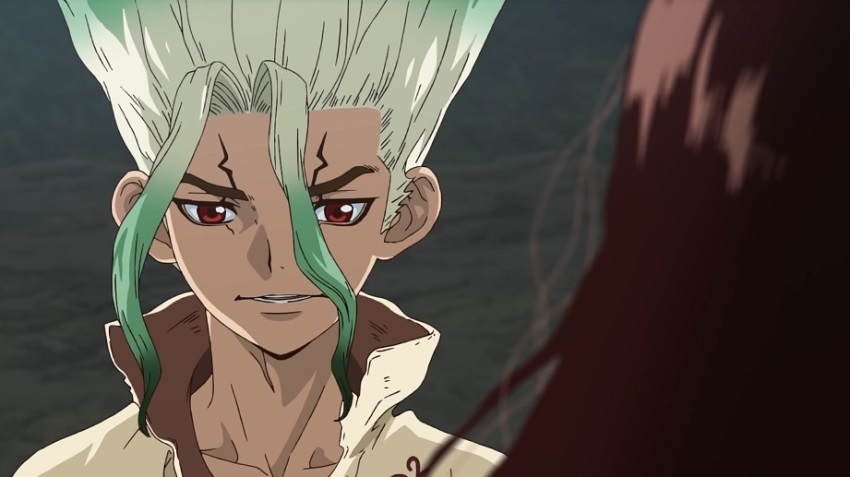 The manga series featured a series of epic chess moves from both sides last week, and fans were left with a scene showing Xeno at a disadvantageous position. As usual, the leaked parts of “Dr. Stone” chapter 167 are very limited but it hints at Senku getting a significant lead against his enemy. Some fans, however, think that this could be a trap or just another misdirection.

Chapter 166 ended with Tsukasa appearing out of nowhere and aims a sword at Xeno’s face. The latter was drawn in a way that suggests he was really caught off guard by Tsukasa, and the “Dr. Stone” chapter 167 leak indicats Tsukasa’s sneak attack would lead to Xeno getting captured.

A single page reportedly included in “Dr. Stone” chapter 167 appears online. Chrome appears to be celebrating and happily reports to Senku that Xeno has been secure. Xeno still dons a shocked facial expression while the last panel on the page shows Senku with a smirk.

This is hardly the end of the war between Xeno and Senku, but it appears to be a serious blow in the antagonist’s chances of winning. However, some fans discussing the “Dr. Stone” chapter 167 leaks are not getting too comfortable with this development. One argued that capturing Xeno just like that seems too easy and added that Stanley has not even made his move yet.

It can be recalled that Ryusui and Senku thought they were engaging in a dogfight against Stanley. But they later found out that a woman was flying the enemy’s jet. Stanley has yet to appear, and the latest chapter did not provide hints on his whereabouts. Stanley is usually Xeno’s reliable attacker, so worrying about Xeno’s capture as mere misdirection or trap in “Dr. Stone” chapter 167 is understandable.

On the other hand, Senku has proven that he has the ability to get one step ahead of Xeno and Stanley’s plans when he previously tricked them into believing Stanley had shot him fatally. It can be said that, despite Xeno being captured in “Dr. Stone” chapter 167, this war could still be anybody’s game.

Luckily, the story arc is moving along at a good pace, and “Dr. Stone” chapter 167 is slated for release on Sunday, Sept. 27. The full and official copy can be read for free on Manga Plus and Shonen Jump.