Dunkin, Beyond Meat being sued over sandwich slogan 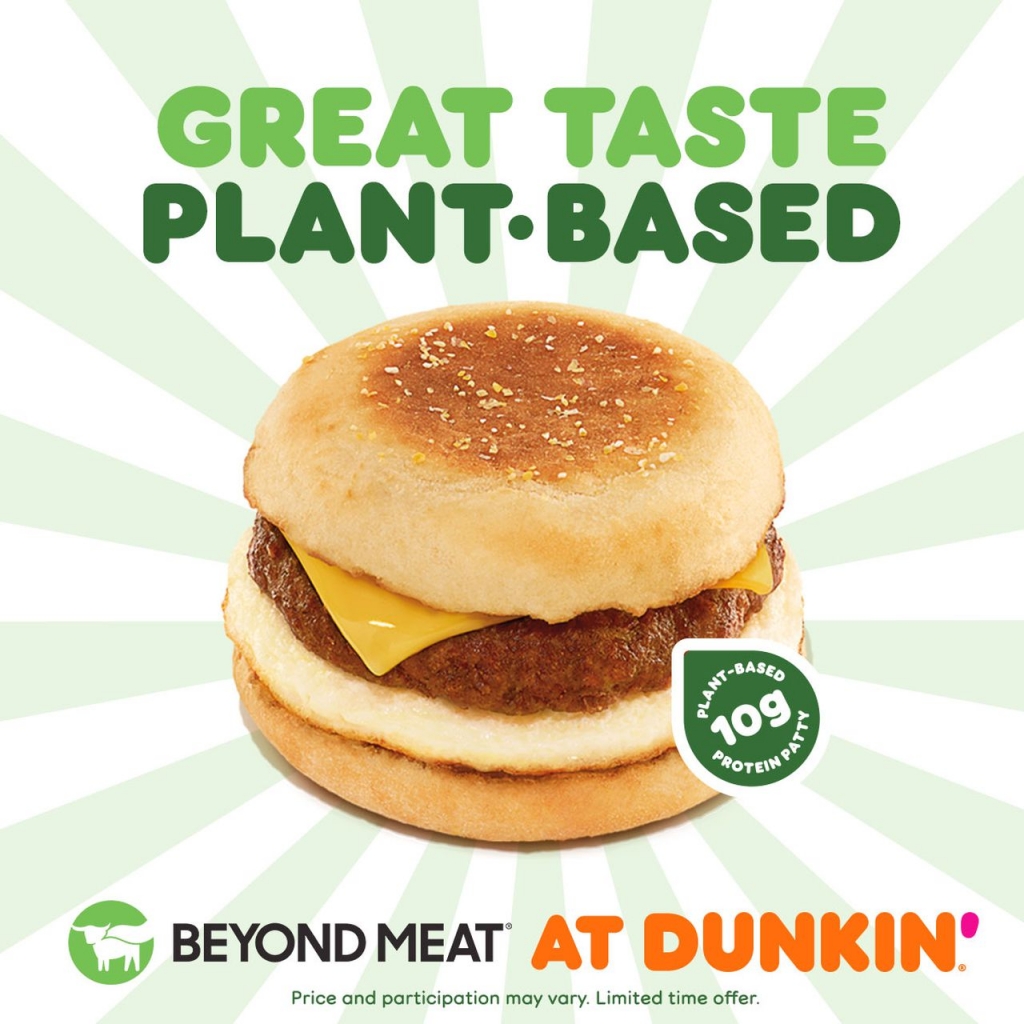 An ad campaign for Dunkin' and Beyond Meat featuring Snoop Dogg is being sued for trademark infringement over two similar slogans.

Vegadelphia Foods, a Philadelphia-based firm formally called Sonate Corporation, sued Beyond Meat and Dunkin' Brands last week over the tagline "Great Taste, Plant-Based," which was used in 2019 to promote Dunkin' plant-based Beyond Sausage Breakfast Sandwich. Vegadelphia claims that the term, as well as other marketing similarities, are a reference to their own "Where Great Taste is Plant-Based" motto, which they've been using since 2013 and for which they got a federal trademark in 2015.

Their lawsuit was filed in the United States. Vegadelphia claims that not only is the slogan an imitation of Vegadelphia's trademark, but that Dunkin' and Beyond Meat also "used placement and imagery in their branding that is nearly identical to Vegadelphia's branding," including overlap in font style, stacked text, and even sunray background imagery in a "beyond coincidence" manner.

According to documents, Snoop Dogg's "first line as he presents a sandwich to a customer from the register was, 'You want that Plant-Based Great Taste straight out of the oven?" in a November 2019 TV commercial.

Vegadelphia alleges that the United States Patent and Trademark Office itself "confirmed the likelihood of confusion between the parties' marks" on June 12, 2020, and rejected an attempt by Beyond Meat to trademark the phrase "Plant-Based Great Taste."

According to Vegadelphia's complaint, the sandwich's income "exceeds $135 million over just the first six months of sales, with Defendants enjoying a combined projected 60 [percent] profit margin" and other financial rewards.

As a result, Vegadelphia is seeking all or any of the following: Vegadelphia's damages, a reasonable royalty on infringing sales, an equitable percentage of the infringers' profits, statutory damages, punitive damages under state law, attorneys' fees and costs," among other things.